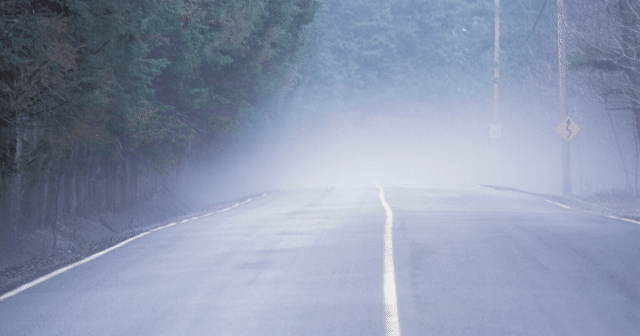 Fog and heavy precipitation create low visibility conditions which, in the case of vehicle traffic, lead to increased speed variance and a greater crash risk. Every year, more than 38,700 vehicle crashes occur in fog, more than 600 people are killed, and more than 16,300 people are injured in these crashes annually. And vehicles aren’t the only mode of transportation effected by fog; there can be significant impact on aviation and ship operations as well.

As many sophisticated tools as we have to help in identifying and predicting severe and high-impact meteorological events, short-lived weather-phenomena like fog does not lend itself as easily to identification and prediction. However, EnvisiCast, the latest DTN technology allows for accurate fog prediction and can be implemented to reduce delays and accidents both on roadways, in ports and at airports.”

It helps to understand how fog develops to best understand how we will predict it. Fog is essentially a cloud that is formed close to the ground when water molecules, in their gaseous form, condense around small particles of dust or air pollution into very small water droplets that become suspended in the air. When enough of these droplets group together, a cloud of fog is formed. These clouds of fog can range in size from just a few feet thick to miles thick. Fog can appear and disappear very quickly depending on the humidity and temperature near where it forms.

Since fog is essentially a cloud that has formed close to the ground, people assume radar should be able to detect it like other cloud formations. Unfortunately, fog’s location generally makes it difficult for most traditional radars to detect. This is mainly due to the elevation angle of radar beams and the curvature of the earth. At this low altitude, temperature inversions that cause the fog can bend the radar beam back towards the ground, resulting in significant ground clutter.

Fog is dangerous for aviation operations in addition to vehicle traffic. Because fog can be very localized, it is possible that fog can affect one portion of the airfield when another portion can be clear. Fog can reduce visibility significantly. This results in costly flight and schedule delays for both arrivals and departures and can lead to even more costly re-routing during unanticipated events.

To find out more about fog detection and the new EnvisiCast product, please watch this video.