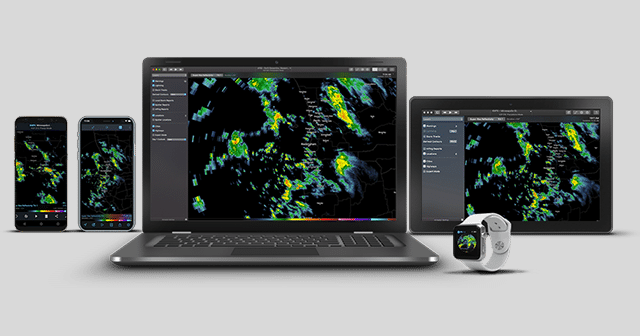 DTN, the leading weather insights and information provider, is bringing RadarScope for iOS and Android to Australia. With the introduction of RadarScope 3.9, the app now features support for 51 radars operated by the Australian Bureau of Meteorology. RadarScope has become well-known through North America and parts of Asia for providing near-real-time or real-time radar data, supporting businesses and individuals who need to stay on top of rapidly changing weather conditions.

“We are excited to bring our award-winning app to Australia,” said Mike Wolfinbarger, vice president of mobile development at DTN. “RadarScope has more than half a million enthusiastic fans worldwide who look to the app – across multiple platforms – as their opportunity to stay aware and ahead of changing weather conditions.”

RadarScope is preferred by weather enthusiasts, storm chasers, educators, outdoor event managers, meteorologists and more. It features high resolution radar data from across Australia. Users with Pro subscriptions (Tier 1 or Tier 2) have access to more features and functionality. Tier 1 subscriptions include extended radar loops, an inspector tool that lets users investigate the values of the radar imagery, and dual-pane capability to compare two radar products side-by-side. Tier 2 includes all the features in Tier 1 as well as access to archived radar data and the ability to use the subscription across five devices.

“RadarScope is a comprehensive weather radar app that is consistently recognized as best-in-class for weather enthusiasts,” Wolfinbarger said. “With each update, we are adding new functionality and capabilities that will continue to support our users and provide them the best radar information possible.”

Along with the addition of the Australian radars, DTN has also migrated all radar data being served through RadarScope 3.9 to Amazon Web Services, which provides increased redundancy, bandwidth, and load-scaling capabilities.

For more information on RadarScope in Australia, visit www.radarscope.com.au.