Have you ever heard of the Cone Of Silence? I’m referring to the one that is associated to radars. It can sometimes cause issues when a strong storm passes over the radar.

No, I’m not talking about the Cone of Silence from the Get Smart spy series and movie. You know, where they had the clear receptacles come down over their heads so no one else could hear? It never worked for them and cause more problems. Radars have a different type of Cone of Silence. 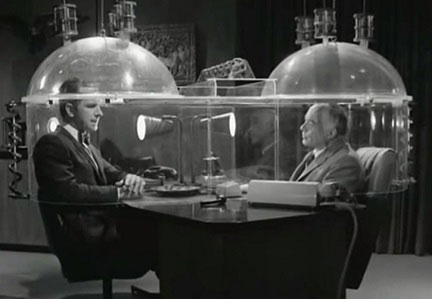 As a radar spins on its axle, it goes all the way around before climbing a few degrees and doing it again. As it spins, it sends out a signal and then listens for that signal to return. It will continue doing this from 0º to 19.5º. Imagine sitting in a spinning chair and not being able to look straight up. Anything could be above you and you would never know it. That’s how it is for weather radars, as they are currently unable to tilt any higher and therefore can not see what is right over their heads. 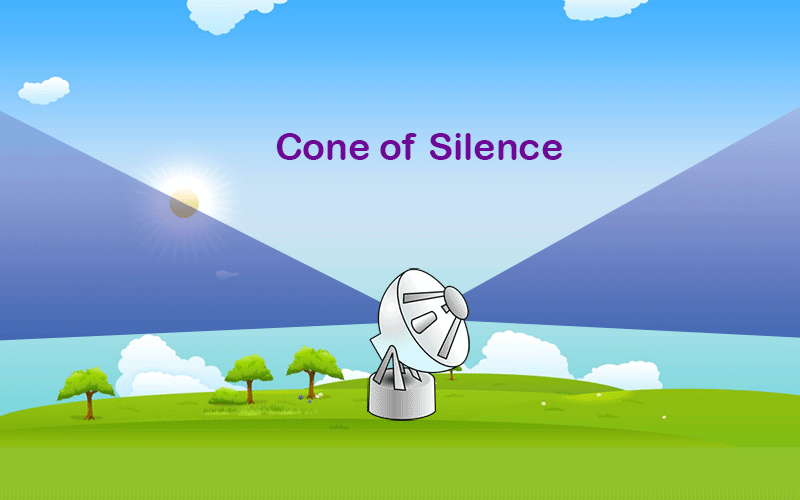 Take a look at the images below. The image on the left shows heavy rain with embedded thunderstorms covering Southeast Louisiana. Now, let’s zoom in a bit on the middle image. Here you can see a closer view of the storms, but what’s that hole showing up near the center of the image? Why isn’t it raining there? On the final image, we zoom in ever closer. You can clearly see a black circle right in the middle of where storms should be. This is the Cone of Silence. The radar is unable to see the storms overhead and leaves us with no data there. 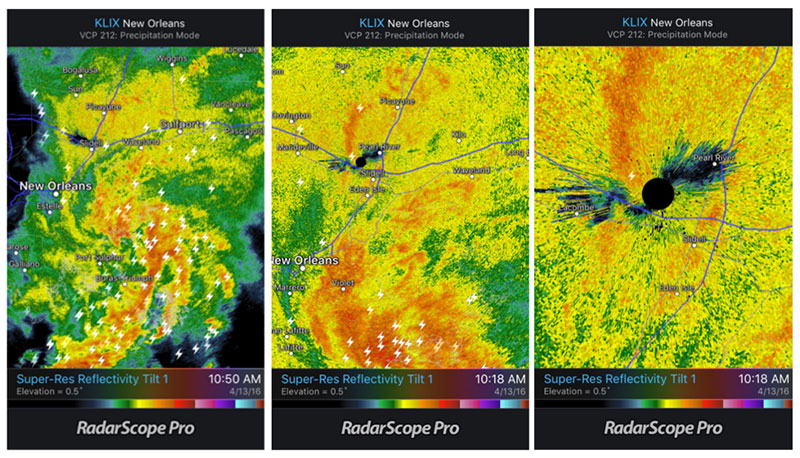 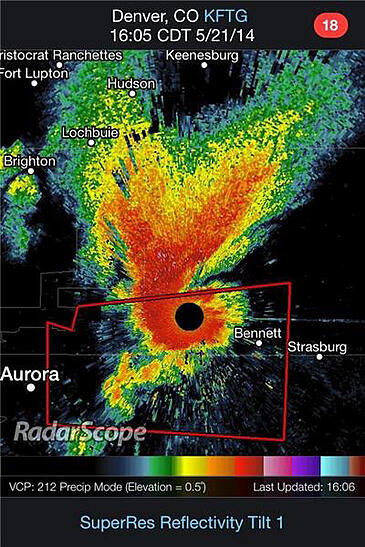 What if there was a severe thunderstorm or possible tornado forming near the radar? Maybe that storm even passes right over the top of the radar? Can you imagine the problems that would occur? This has happened in the past and definitely caused issues. On the right, you can see a tornado warned storm passing right over the radar located just east of Denver, Colorado. That is a hook echo, the radar signature commonly seen when a possible tornado is in the area. A significant and important area of the storm is blocked. Unfortunately, there is no easy fix for this. Current radars are just not designed to look up. It is possible to find a neighboring radar, at times, and use it to look at the storm. However, the radar will be further away and the data will not be as good.

Luckily, radar research is always going on. In the future, we may have radars that don’t have this issue. We’ll just need to wait and see!