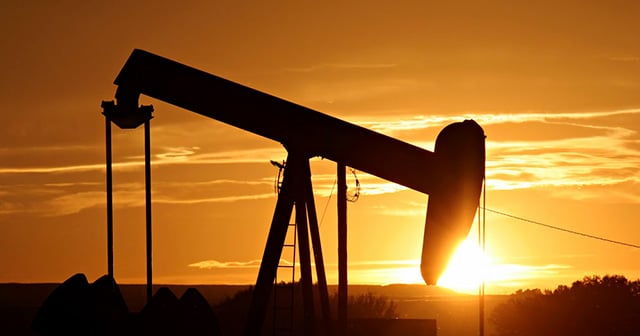 While the heads of the world’s largest oil producing nations were quick to claim a diplomatic victory following the latest OPEC+ output cut agreement, crude prices are telling a different story. Prompt month Brent and WTI futures contracts are now trading nearly 20% lower from their early April highs, both returning to a super contango forward curve price structure following the conclusion of the OPEC+ meeting.

A super contango price structure, where near-term prices plummet relative to prices further along the curve, is the market’s way of clearing. But political efforts to support crude prices from around the world continue to muddy the waters for those trying to efficiently and rationally reallocate capital in the industry.

With the long-awaited OPEC+ deal failing to balance the market, some Texas oil producers are hoping to rekindle a largely dormant regulatory body in the Texas Railroad Commission to coordinate output cuts in the heartland of U.S. crude production for the first time since the 1970s. In addition, amid this week’s turn lower in oil prices, U.S. tariffs on crude imports are reportedly still on the table as well as a newfound idea to potentially pay producers to shut in production.

While politicians and regulators are still busy trying to find regulatory cures, this historic moment in oil markets should serve as a lasting reminder of the limitations of political remedies and the need for allowing market prices to be the ultimate arbiter of production levels. Efforts by U.S. policymakers to boost crude prices and to throw a lifeline to high cost U.S. crude producers is the exact opposite of what prices are telling us the market needs. Seeking to prop up the least efficient U.S. oil producers through import penalties or production quotas risks further misallocations in the sector going forward. Let us address a few key points:

Much of the recent focus for U.S. politicians and other representatives of oil producing nations has been on getting crude prices higher. But nothing could be more unwarranted at this time. As fuel demand for transportation has ground to a halt globally over the past two months, refining margins have been crushed—particularly for gasoline and jet fuel. It is this record weakness in underlying demand for transportation fuels and the accompanying weakness in refining margins that has led to the rapid surplus of crude oil globally as refineries cut throughput.

The Market Is Trying to Do Its Job

Crude prices returned to a state of super contango early this week following the conclusion of the OPEC+ meeting. After narrowing to just -$3.96 bbl in early April, the Brent 1-7 month time spread has widened back to -$9.51 as of the April 15 close. Prompt month WTI is at an even wider discount to prices further along the curve than it was prior to the OPEC+ agreement, with the 1-7 month time spread closing at a whopping -$13.54 on April 15. This historically steep discount for near term crude reflects the market coordinating multiple needed processes simultaneously. 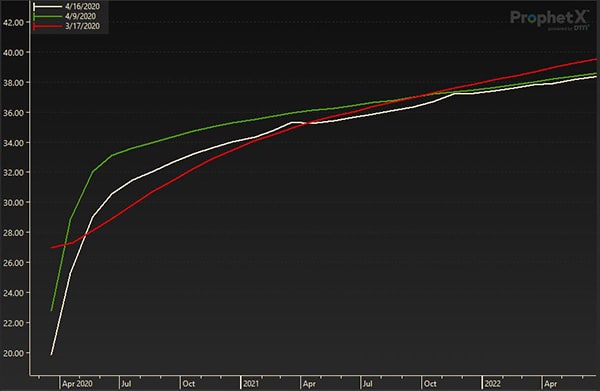 On the one hand, physical crude prices and prompt month futures prices are coordinating the process of shutting in production. With prompt month WTI trading at a $13.54 premium to current prices just six months from now, a steep contango price structure is the strongest signal a U.S. producer can receive to shut off new supply today and reserve that production for bringing to market at a future date. And to the extent that production cannot be immediately shut in, this same price structure incentivizes placing crude into storage rather than continuing to push the crude on the market and further crush physical prices.

On the other hand, and to reflect on our first point, the steep discount in near term crude prices is needed to begin to stimulate crude demand at refineries once again. Crude prices must drop faster than refined fuel prices or refiners will have no profit motive to begin to process the glut of crude. In order to clear, the crude market needs positive gasoline refining margins and/or diesel margins high enough so that the weak gasoline and jet fuel margins are not overwhelming. This can only be accomplished by allowing for weakness in crude prices.

Any refiner knows that crude quality matters, but most policymakers certainly do not. Crude quality, which is to say the profile of a specific grade of crude based on both its API gravity and sulfur content, is of chief importance to a refiner. A crude refining slate consisting of various grades is chosen carefully based, in large, part on a refinery’s physical sophistication (what they can run) and the cost of the crudes compared to their expected revenues based on relative yields of the refined products (what they want to run).

For example, with gasoline currently bearing the brunt of the demand contraction pain, light sweet crudes that yield high volumes of light distillates like the majority of U.S. shale grades are far less desired by refiners that can run heavy crudes and are optimizing their refining slate to target higher yields of diesel.

Now more than ever, the market needs unfettered prices to tell producers which grades to produce and refiners which grades to refine. This is just another reason why blanket production cuts or quotas and penalties on crude imports are both risky and suboptimal. Only refiners and producers themselves are sophisticated enough and can respond in a timely enough fashion to optimize the supply chain. And let us not forget that this market function will be just as important as demand begins to recover in the coming months. Policy interventions risk not only skewing market prices today but also causing misallocations longer term.

It is often forgotten that market prices are themselves the constant coordinators of commerce. “The market” is not just some amorphous entity in the imaginations of ideologues and traders. Markets are made up of the industrial players that have the most skin in the game and the most to lose by misallocating capital.

In times of high uncertainty and economic risk it is politically difficult to resist the temptation to intervene in markets in an effort to protect specific pieces of domestic industry, but policies enacted in panicked times can also produce large and lasting unintended consequences. As we are hopeful of a slow return to normalcy in refined product demand in the coming months as COVID-19 quarantines are lifted, let us be cautious of policy prescriptions which can wind up further ailing the entire oil industry and consumers in the long run.