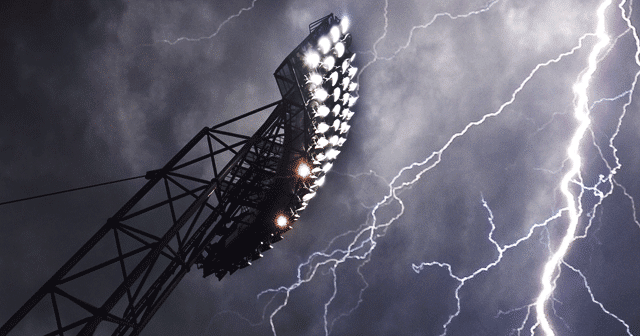 Climate change has been a hot topic for many years now. In the past, addressing climate change seemed reserved for scientists and politicians to debate – something out of reach from everyday people.

But climate change is no longer just an idea; it’s a living reality that affects all human activity. The planet’s climate is changing faster than ever before, which will have severe consequences for the planet in the future.

One area not often talked about is how climate change is affecting sports. Extreme weather events such as floods and droughts can significantly impact gameplay and the safety of athletes, umpires/referees, and spectators.

Whether you are a coach, manager, or league coordinator, you already know that weather affects your role. However, climate change is quite literally changing the game. To keep up and face this reality, you need to understand how the weather is changing and have the right tools to make wise decisions in the face of extreme weather.

WeatherSentry Sports Edition offers accurate insights into the weather, so you can know precisely when and where to expect adverse weather.

This article will discuss three types of weather becoming more common due to global warming or climate change, and how it affects sports.

In 2018, temperatures reached 47.3 degrees Celsius (or 117 degrees Fahrenheit) in Sydney, Australia. At that time, one of cricket’s largest tournaments, the Ashes, was being held. England’s captain, Joe Root, was taken to the hospital during the fifth Test between England and Australia.

That sparked a larger conversation about extreme heat and cricket. The result? Umpires now have more clarity on when to cancel a game due to excessive heat.

That same year, six men had to retire during the US Open, as the temperature at the Billie Jean King National Tennis Center reached 49 degrees Celsius (120 degrees Fahrenheit).

The reality is that this type of weather should continue to be expected. The United Nation’s Intergovernmental Panel on Climate Change reported that severe heatwaves that may have previously occurred every 50 years will now come around once a decade. Moreover, when heat waves do happen, they are also becoming increasingly fierce.

More recently, the heat waves during the summer of 2021 in the Pacific Northwest left scientists puzzled. One climate researcher noted, “We thought we understood heat waves reasonably well. This shows that our understanding is lacking.”

What does this mean for sports? Not only do you need a firm heatwave policy in place, but you also need to be prepared to move quickly in the event of one. The more accurate your weather data is, the more readily you can safely reschedule your game or practice.

This may mean using a wet bulb globe temperature device.  This device is a measurement tool that uses ambient temperature, relative humidity, wind and solar radiation to monitor environmental conditions during exercise.

Establishing guidelines using the wet bulb globe temperature will determine how activity should take place. For example, this would dictate the work-to-rest ratio, how often hydration breaks should take place, the length of the practice and what equipment is worn.  This will go a long way towards preventing heat stroke in your athletes.

For example, if you know that temperatures will be prohibitively hot, then it may be prudent to implement your heat safety procedures. Or, if your region will be experiencing heat waves when it has not in the past, could the course be covered with reflective layers? Are there tents or other coverings where spectators can get away from the heat?

Climate change impacts the quality of the air that we breathe. A combination of drought and intense heat waves is the perfect breeding ground for wildfires. These conditions were seen in action, as wildfires have spread across places such as Australia and parts of the United States, such as California.

High-performance athletes rely heavily on breathing for peak performance. Studies have shown that athletes inhale increased volumes of air when training and rely on that to push themselves through.

What if the quality of that air was poor? Poor air quality can have adverse effects on human bodies. For starters, it affects lung function and reduces blood flow.

Poor air quality is just one of the impacts of climate change. It is having a significant effect on athletes and those who live in affected areas such as California, where record-breaking temperatures and increased levels of smog due to increasing wildfires have developed across the state.

During the Australian Open in 2020, tennis players required medical attention or forfeited matches because of the air quality. Likewise, marathons in the Pacific Northwest, like the Berkeley Half Marathon, have been canceled because the air was unhealthy.

One of the effects of climate change has been increased precipitation. Heavy rainfall and flooding can definitely pause a game in its tracks.

That same year, Formula 1 driver Jules Bianchi crashed in the heavy rain during a race at Japan’s Formula One Suzuka racetrack. He tragically passed away nine months later.

As climate change progresses, heavy rainfall events will likely become more frequent and intense in many places. For example, a new study published in Nature Communications suggests that climate change has increased the number of wet days per year across much of Europe since 1950 by at least 20%.

Understanding how heavy the rainfall will be can help league organizers and managers determine if a competition should go ahead as scheduled.

Facing the future of climate change with confidence

Facing inclement and extreme weather is a growing reality in sports. Unfortunately, no part of the world and no sport seems to be immune to these effects.

While climate change is already impacting the world of sports, how can you prepare and navigate this ever-changing landscape?

In each threat presented, having precise, accurate, and timely data can keep the competition from turning deadly. You cannot control the weather but preparing for it is the next best thing.

WeatherSentry Sports Edition is designed to ensure the safety of athletes, staff, and spectators. With real-time updates, access to meteorological experts, and layers of comprehensive weather intelligence – including Wet Bulb Globe Temperature, you will be able to make confident, quick decisions.

Learn more about how to add WeatherSentry Sports Edition to your playbook.