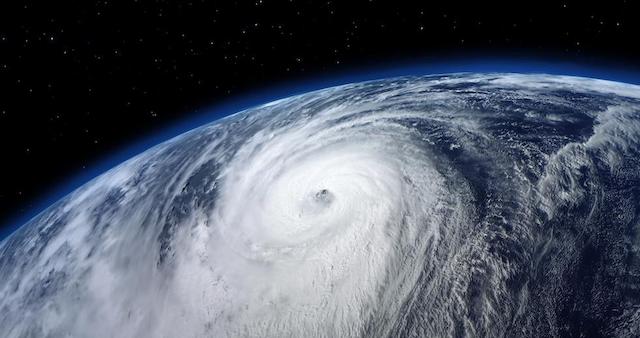 When trying to determine current and near-term weather conditions, meteorologists rely on three main sources of data: surface observations, radar and satellite. The latter two of these three data sources have seen major technological improvements in the past few years, in turn providing meteorologists with a treasure trove of data that was previously unavailable.

Of all the technical weather data available, radar is perhaps the most widely distributed and viewed by the public. Nearly every weather application has some sort of radar viewer with the public usually understanding, at least on a basic level, how to interpret a radar image. What the public may not understand, however, is that the weather radar network in the United States underwent a major upgrade earlier this decade. By May 2013, all weather radars in the National Weather Service’s radar network were upgraded to dual polarization radars. This upgrade proved to be the most significant upgrade to the radar network since the 1990s, when Doppler radars were deployed nationally.

Traditional radars not equipped with dual polarization transmit and receive energy pulses strictly in a horizontal orientation. Dual polarization radars, however, transmit and receive energy pulses in both horizontal and vertical orientations, allowing meteorologists to determine the size and shape of the object the radar beam hit. If meteorologists can determine the shape of the object, they can deduce whether the radar detected raindrops, snowflakes, hailstones, another weather phenomenon, or even debris that may have been lofted by a tornado. Knowing this information gives meteorologists a better picture of the current weather situation, allowing them to make more accurate predictions in the near term. Despite this useful upgrade, the public likely did not notice any change in the radar on their weather applications and websites since dual polarization only augments the original radar data, rather than changing or greatly improving the standard reflectivity images that are widely distributed and accessible.

More recent than the advent of dual polarization radar is a new suite of satellites. These satellites, namely GOES-16 and GOES-17, became operational in December 2017 and February 2019 respectively. Now known as GOES-East and GOES-West, these advanced satellites serve as the two main sources of satellite imagery for not only the U.S. but nearly the entire Western Hemisphere.

Both GOES-16 and GOES-17 provide numerous improvements over their nearly decade-old predecessors. These new satellites have three times more spectral information, four times more spatial resolution and five times faster coverage than their predecessors. That means that in five minutes, these new satellites can scan nearly the entire hemisphere, providing an image in 16 different channels with a resolution down to less than one half of a mile. In addition, both GOES-16 and GOES-17 have lightning detectors on board, allowing them to detect lightning strikes from space, something previous satellites lacked the instrumentation to do.

Unlike dual polarization radar, which only directly benefits meteorologists who have access to and can decipher advanced radar images, the benefits of this new suite of satellites trickle down to the general public.

Websites and mobile applications that show visible and infrared satellite imagery are now using the improved images from GOES-16 and GOES-17, meaning satellite images are now more detailed and more representative of the current situation given the faster update times. From the professional meteorologist’s perspective, combining several of the spectral channels allows for easier diagnosis of cloud type, something that helps more confidently determine whether dense fog or low clouds are present at a given location. Prior to GOES-16 and GOES-17, confidence in such a designation was much less. Similarly, the difference between a deep snowpack with clear skies and widespread low clouds, two phenomena that look similar on traditional satellite channels, is very easily discernible using the new suite of satellites.

Recent improvements in weather radar and satellites have given meteorologists the ability to survey the present state of the atmosphere in ways they could not have previously imagined. These advances, combined with the ever-present surface observations, allow forecasters to accurately diagnose the present weather conditions while also significantly helping the near-term forecast. As technology continues to evolve, additional advances in weather technology, both from the diagnosis and forecast sides of the spectrum, are nearly certain.