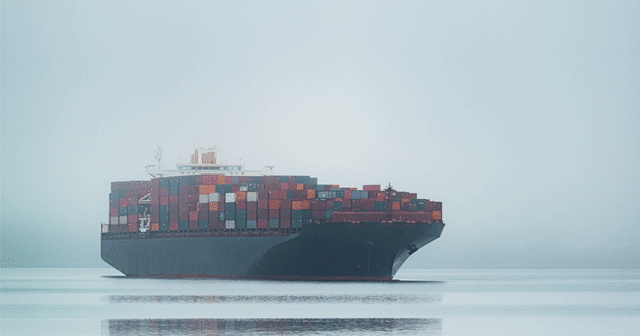 Anybody in the shipping and receiving industry would agree that there are a vast number of inconveniences that can plague transportation services. Thankfully, many potential disruptions can be predicted, and proper safety measures or training can be put into place to minimize or avoid damages during any such calamity. But there is one naturally occurring hazard that can quickly appear and wreak havoc: fog.

What seems like an enchanting, mystical effect for photography and rock concerts is quite disastrous for anyone trying to make their way through the low-lying clouds. Therefore, fog forecasting is essential to protect shipping services.

Your shipping company can be proactive and alert to all upcoming weather events, thanks to DTN WeatherOps Marine Platform. With accurate real-time information via an interactive map, your business can plan, position, and profit using personalized information for your set locations.

Fog can be exceedingly difficult, at times even impossible, to navigate, and it can spell swift disaster for shipping companies and their employees. The following examines the types of fog and how they form before looking at how fog forecasting can help shipping companies meet the challenge.

Simply stated, fog is a low-lying cloud. However, various environmental and elemental factors contribute to the creation of this cloud. So many factors that there are even multiple sub-categories of fog classifications. These classifications include advection fog, radiation fog, upslope fog, steam fog, frontal fog, and ice fog.

Advection fog
The definition of advection is air moving horizontally over a surface. Therefore, advection fog is produced when the ground or lower surface is cooler than the air moving above it. This condition commonly occurs at sea when a warm tropical air current moves over cooler waters.

This fog is a persistent problem for anyone traveling the sea. It can form quickly, and is highly impactful, shuttering ports for hours or even days.

Radiation fog
Also known as ground or valley fog, radiation fog develops in vegetated areas when moisture is trapped at the surface and the temperatures drop, resulting in a condensed cloud. Radiation fog is especially likely to develop after an afternoon rainfall has extensively moistened the soil vegetation and a light wind picks up. It typically occurs overnight and into the early morning hours; as the morning sun thoroughly warms the air, any radiation fog will dissipate.

Upslope fog
Upslope fog forms when winds blow air up a hill or slope, also referred to as orographic uplift. As the air rises, it cools down, allowing the existing moisture to condense and create a cloud or fog. Upslope fog most commonly appears at higher elevations and builds downward into valleys.

Steam fog
Steam fog forms when water vapor combines with colder air in the chillier temperatures of the northern hemisphere, This combination typically happens near lakes and rivers during the fall and early winter when the water is still warm, but cold air masses are common. Although you generally see these as wisps of vapor arising from water surfaces in a relatively shallow layer, the uniform density breeds low visibility of 300 meters or less.

Frontal passage fog is quite fickle, as it can form in several situations. For example, forcing warm air to drop in temperature over wet soils suddenly causes this fog to form. This sudden temperature drop can occur in the frontal zone of a cold front that is quickly moving in and where warm and cold air masses blend due to light winds.

Ice fog
Most common during harsh winter months in dense urban areas, ice fog is composed of ice crystals instead of water droplets. The burning of hydrocarbon fuels adds large quantities of water vapor to the air from steam vents, vehicle exhaust pipes, jet exhausts, and other sources.

How does fog forecasting work?

Despite the complexity of fog, you can utilize proper weather forecasting to optimize ship routing and minimize wasted fuel and potential dangers to crew members. For example, when humidity levels reach 90-95%, and seawater temperatures fall between 5°C – 10°C, conditions are prime for fog to develop. With that knowledge, comparing the humidity levels and seawater temperatures enables the prediction of potential fog development.

An essential item for successfully forecasting fog is a hygrometer, a tool that consists of two thermometers: one wet bulb and one dry bulb. Once the water on the wet bulb evaporates, comparing the difference in temperature between each bulb determines the relative humidity of that area. If the difference between the temperature of the bulbs is small, this would indicate a low evaporation rate and thus a high humidity level.

There are a few additional guidelines to use as guidance in fog forecasting, including:

Unfortunately, many weather models are not as accurate as possible, and the weather is a fast-moving target. Exact, relevant weather forecasts are essential. Who do you trust for actionable insights?

What can you do to protect your shipping company?

The best formula for a successful business is to have both trustworthy advisors and accurate information from a reliable source. DTN WeatherOps Marine Platform is the source you need.

With the most accurate and timely weather predictions and advisories in the industry, you will be able to optimize your ship routing and minimize wasted fuel due to unplanned downtime and reduce potential safety hazards to crew and assets. Learn more about the information, products, and services DTN has to offer.