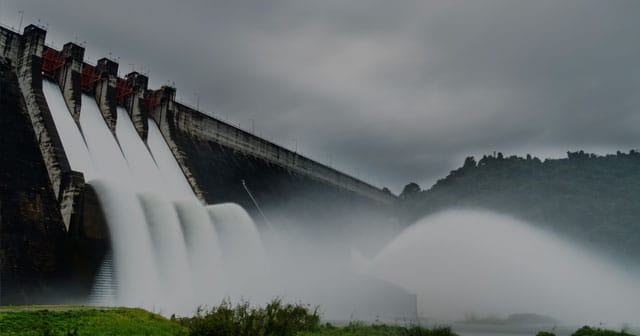 As the world works to adapt to climate change and its repercussions, dam and levee safety issues are becoming critical. Extreme rainfall events can cause severe damage to these structures.

Many dams and levees are 50-100 years old and under-designed for today’s climate. In the worst case, the dam could fail, causing catastrophic devastation and loss of life.

The design and regulation of newly built dams help them withstand potential extreme events, including earthquakes and floods. But the majority of dams in the US are not new. Rather, they are at least half a century old. Outdated designs, combined with wear and tear from years of use, contribute to vulnerability in many of the world’s dams.

DTN offers a suite of products that provide customized data and actionable insights for your location. These solutions use probabilistic approaches to quantify the risk of dam failures from floods. Contact DTN for more details and to learn how we can help you in your dam and levee safety initiatives. 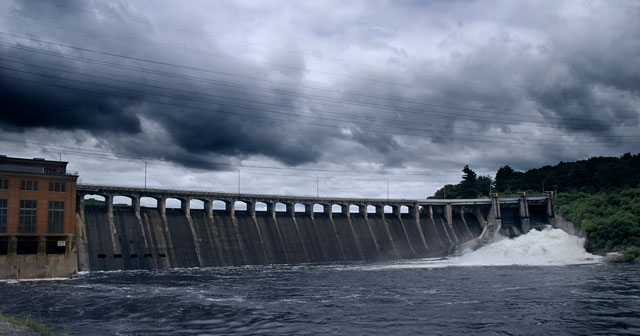 What Qualifies As An Extreme Rain Event?

Storms happen every year in somewhat recognizable patterns and seasons. Most of these storms do little or no damage. But occasionally, the rainfall amounts and intensities are more than our infrastructure or landscape can handle.

Probable maximum precipitation (PMP) is the maximum amount of rainfall expected to be possible in a specific location over a certain length of time. The PMP intends to represent the worst-case scenario. Experts often use it to calculate minimum construction and operation standards of high-hazard dams and nuclear power plants.

Probable maximum precipitation used to have the label of “maximum precipitation possible.” Eventually, meteorologists deemed that phrase to be inaccurate. There are too many variables for anyone to reach a singular, precise, and certain maximum amount. The PMP recognizes that the probability factor is not absolute.

For example, the 100-year flood is not actually limited to manifesting only once a century. Weather doesn’t have a memory. The name represents a statistic indicating that this type of storm has a 1% chance of occurring in any given year.

What Is the Hazard Potential Classification System?

In the US, the Hazard Potential Classification System guides leaders in determining the possible outcomes of dam failure or misoperation. The systems vary among the federal and state sectors, But they aim to classify dams for permitting and regulatory safety requirements. All dams receive a designation in the system based on the amount and type of damage that would likely result:

The hazard designation is not an indicator of the probability of failure. Instead, it gives the experts an idea of the expected magnitude of the catastrophe if your dam experiences a breach.

How Does Extreme Weather Impact Dam and Levee Safety?

When extreme weather events occur, dam and levee safety may take a hit. When your area receives a rapid, heavy rainfall, increased water flow raises the reservoir level. If operations work as expected, your spillway or gates will divert the excess water.

The rapid rise of the reservoir puts additional weight and pressure on the dam. The stress may exceed any previous levels, expose existing weak points, and create new ones. The intense pressure could cause instability in the structure or, potentially, catastrophic failure.

Dam failures can also occur due to earthquakes, landslides, equipment malfunction, structural damage, and sabotage. Having the right information at the right time to make decisions is key to preventing dam failures.

There are several concerns that experts must keep in mind as they address dam construction, safety, maintenance, and operation. 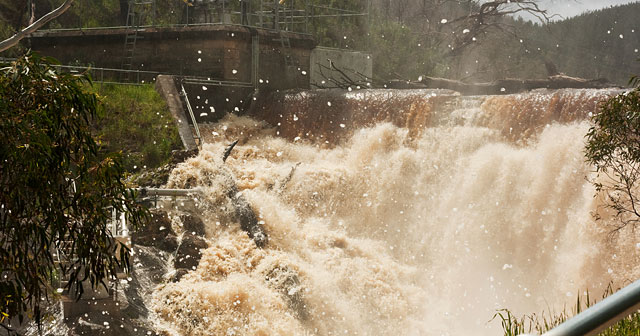 If the water level exceeds the capacity of the dam and the spillway, the result is overtopping. In this case, the water spills over the top of the entire dam.

When overtopping occurs, water levels cover the top of the dam and then spill down the other side. The water picks up speed, creating erosive force against the edge of the dam. This rapid flow outside of its boundaries can result in structural damage and potential failure.

Overtopping is one of the most common breaches because few dams have a design that can withstand this event. The force of the water can cause catastrophic failure of the entire dam.

Dams rarely block 100% of the water they are damming. Small amounts of water may pass through the earth where it meets the dam structure.

The level where the soil of an earth dam or levee is no longer saturated is called the phreatic surface. This wet-dry line typically coincides with the water table. 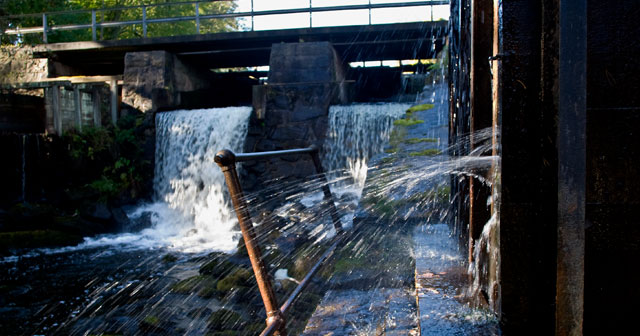 As reservoir levels rise due to flash floods, pressure from the additional water weight may lower the phreatic surface. The added pressure may be enough to erode a path through the dam, from your reservoir to the downslope. This newly carved path acts like a pipe.

As the water flows through this earthen pipe, the additional surface area it passes over will also be subject to saturation and erosion. The failure may widen and cause structural instability. 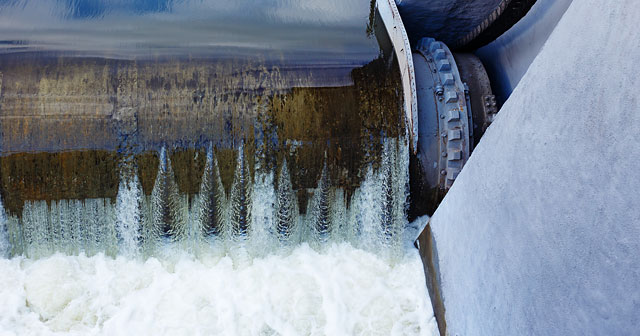 Is Your Structure Ready For a Record Rainfall?

As our climate increases in average temperature, the atmosphere can hold more water vapor. When a heavy rainfall event occurs, the total precipitation increases secondary to the air’s additional water vapor.

As our climate continues to warm, massive rainfall events will become more frequent and more impactful. How much precipitation is your structure ready to handle?

Just as maintenance is critical for an airplane or a bridge, dams and levees require regular inspections and updates. Hydrologic infrastructure is at increased risk of failure due to the following challenges:

Owning a dam or levee means recognizing that you have a responsibility beyond your property. A failure of your structure may be catastrophic to neighboring land and communities, and in certain cases, can result in loss of life.

A site-specific analysis can help you assess your dam and levee safety. It offers insights into probable outcomes if there is a flash flood or other extreme weather events.

The powerful DTN MetPortal and MetStorm products take the guesswork out of your maintenance plan and new site development. Contact DTN for a free consultation and demonstration today.