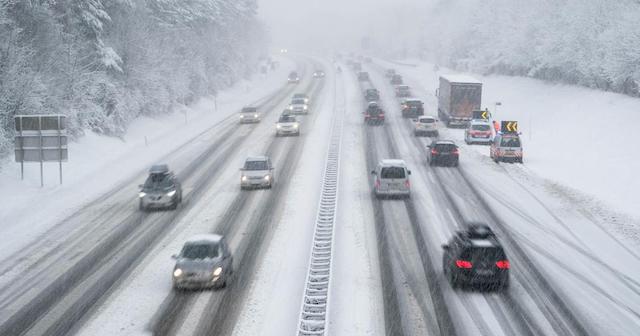 Making informed travel decisions when the weather makes the roads treacherous can be difficult if you’re not sure whose advice to trust. Luckily, some states have Pathfinder to help travelers understand the weather situation.

Pathfinder is a Federal Highway Administration (FHWA) program that brings together state departments of transportation, the National Weather Service (NWS) and private weather providers to help create consistent messaging to the traveling public during adverse weather events. Pathfinder was born out of the success of the coordination between the Utah DOT and the Salt Lake City NWS forecast office during the 2002 Winter Olympics. This partnership was documented with the help of the FHWA and then used by Nevada and Wyoming to implement Pathfinder in their respective states. A refined document then became the Pathfinder Implementation Plan.

Iteris at the forefront

Being the private weather provider for Wyoming at the time, Iteris had a seat at the table as the Pathfinder Implementation Plan was being refined. Several other private vendors also had a hand in the document, along with multiple state DOTs and NWS offices. The document gives insight and guidelines on how to set up the program within a state while also sharing some of the best practices. Iteris is currently involved with the Pathfinder program in four different states, with a possible fifth state starting sometime this winter.

While not all states that participate in the Pathfinder program have the same guidelines and expectations, there are similarities between the states. Each state has some kind of messaging client that is used to facilitate conversation between all of the involved parties. Much of the initial collaboration is done using a designated NWS chatroom, where discussions can be had with only the parties involved. When a major weather event is forecast, a conference call is set up between the state, the NWS and Iteris. Typically, these calls begin with a weather forecast from the NWS followed by a pavement forecast from Iteris. After the forecasts are disseminated and any questions are answered, the state discusses how they want to message the storm.  Depending on the state and its assets, messaging can range from simple press releases and social media campaigns to displaying severe weather messaging on dynamic messaging signs across the state.

Each state that participates in the Pathfinder program has to overcome challenges for the program to be successful. Some of the challenges are inherent to the nature of the program.  For example, a high degree of uncertainty in the forecast and how it will impact travel can make it difficult to come to a unified message. Likewise, if the forecast changes during an event, notifying the public could be a challenge, especially if the impacted state does not have a 24/7 traffic operations center. Another challenge is simply what qualifies as a Pathfinder event. A six-inch snowstorm with no wind may not be as impactful as two inches of snow with blizzard conditions. While each state has a set of guidelines as to what is considered a Pathfinder-worthy event, it is often the borderline events that cause the most headaches.

The collaboration between the entities involved in Pathfinder has been positive for both the states and the travelers who pass through them. The program was set up to help the public make informed travel decisions by forming a consistent message from all involved. It is more likely that the traveling public will change their plans if they hear a consistent message from several agencies. Keeping people safe in adverse weather is definitely worth the extra time and effort given by the forecasters at Iteris.