The snow to liquid ratio describes how much liquid would be obtained by melting a certain amount of snow. For example, a ratio of 10:1 means for 10 inches of snow there would be one inch of water, if it is completely melted down. Unfortunately, life isn’t always that easy. The snow to liquid ratio can depend greatly on a variety of factors, such as geography, time of year, and various meteorological conditions. To explain the meteorological conditions, let’s begin by looking at crystal behavior.

Below is a graphic explaining the different types of crystals that can develop at various temperatures. 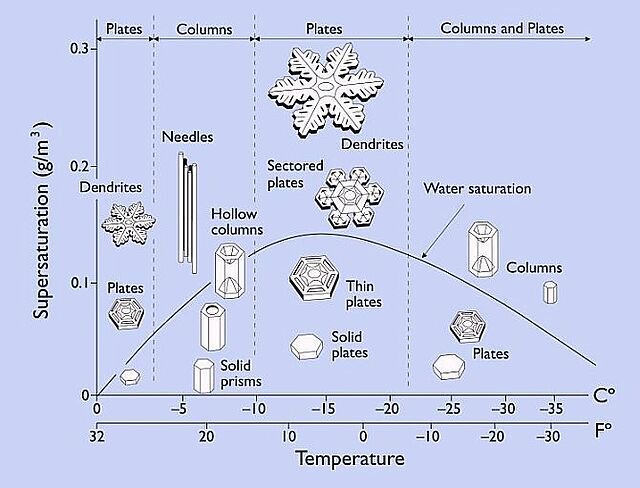