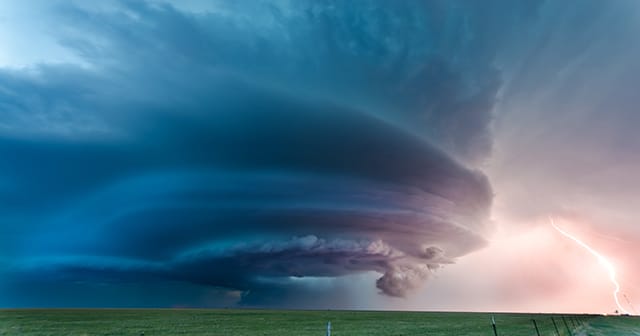 When thunderstorms develop in a strongly sheared environment, they can begin to spin. If the primary updraft of a storm is rotating, it is known as a supercell. Within this class of thunderstorm, there are three main categories. Let’s observe these supercells using RadarScope data.

The most common type of supercell is a classic supercell. Here, the majority of precipitation is observed in the northwestern part of the storm. These thunderstorms are most commonly found on the Plains and can extend very high into the atmosphere. They often develop when strong low and midlevel wind shear is present and tend to produce large hail in the northern portions of the storm. A hook echo usually forms on the southwest side of the storm. When looking at a reflectivity image of a classic supercell, reflectivity values are typically lower near the hook echo, where the tornado is observed. 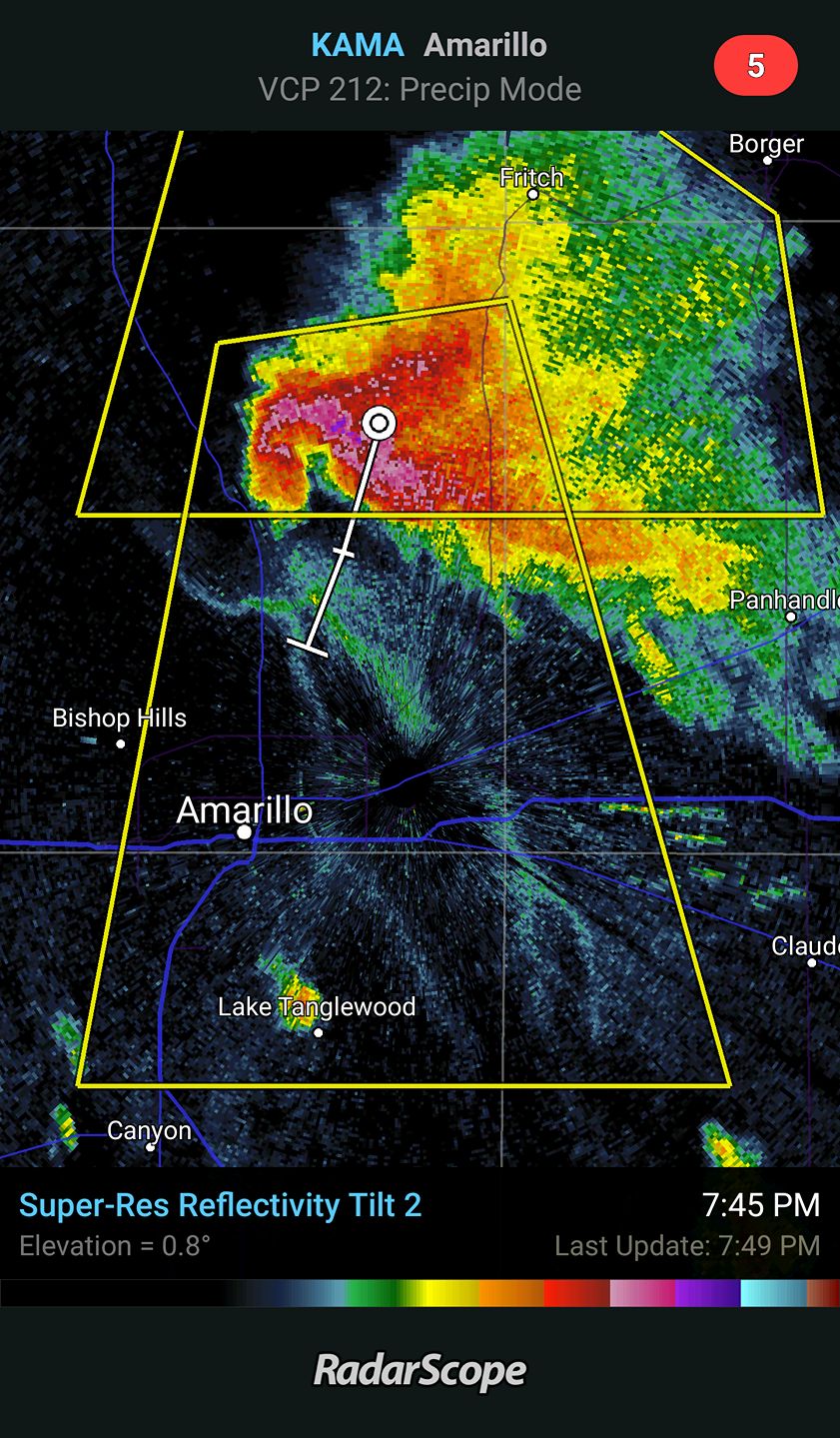 RadarScope Image of a Classic Supercell

Another variety is a Low Precipitation (LP) supercell. These storms are usually relatively small and as the name implies, produce little to no precipitation. This class of supercells tends not to have a well-defined hook echo. Instead, there is usually a large range of reflectivity values on the southwest side of the storm. LP supercells develop most frequently in the Plains ahead of a dry line. 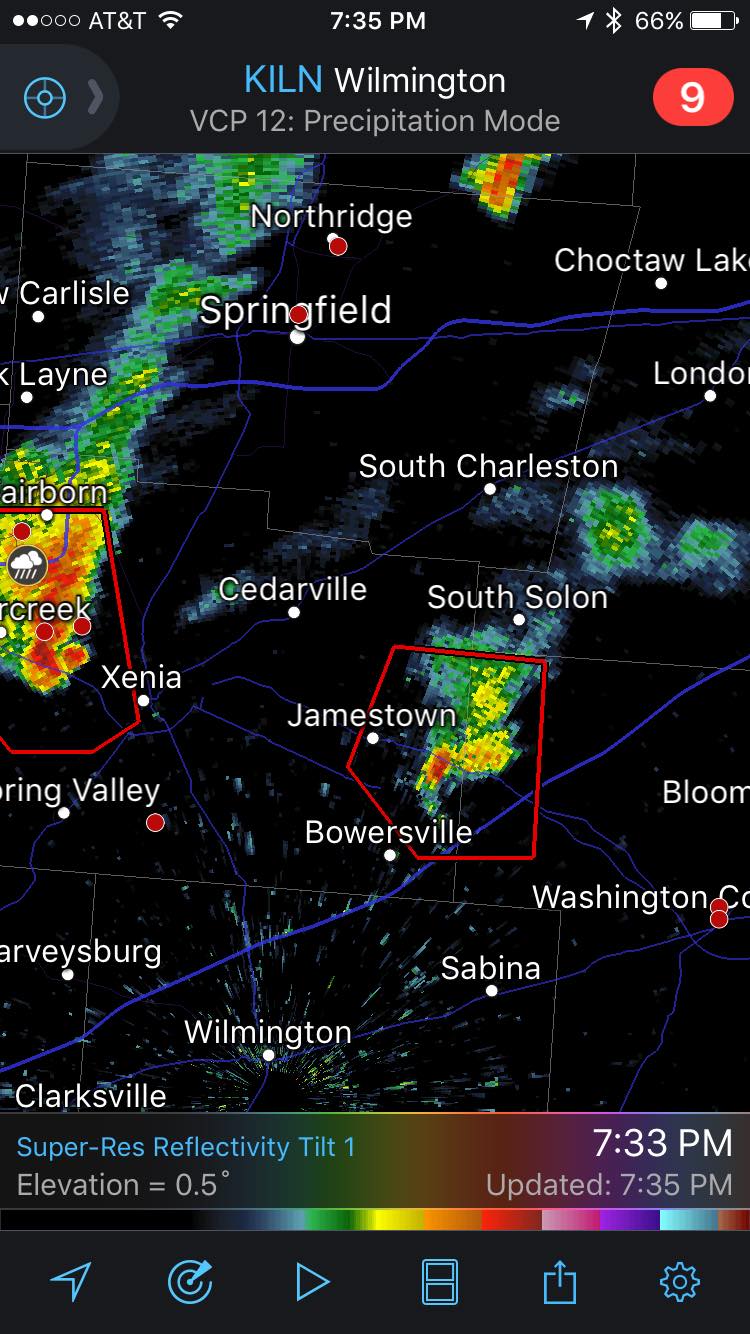 RadarScope Image of a Low Precipitation Supercell Near Jamestown, OH

On the other end of the spectrum are High Precipitation (HP) supercells, which are common across the Southeast into the Ohio River Valley. HP supercells tend to be larger than the classic type and tornadoes are typically difficult to observe because they’re frequently embedded in heavy rain. Rotation signatures associated with these storms can also be very broad. 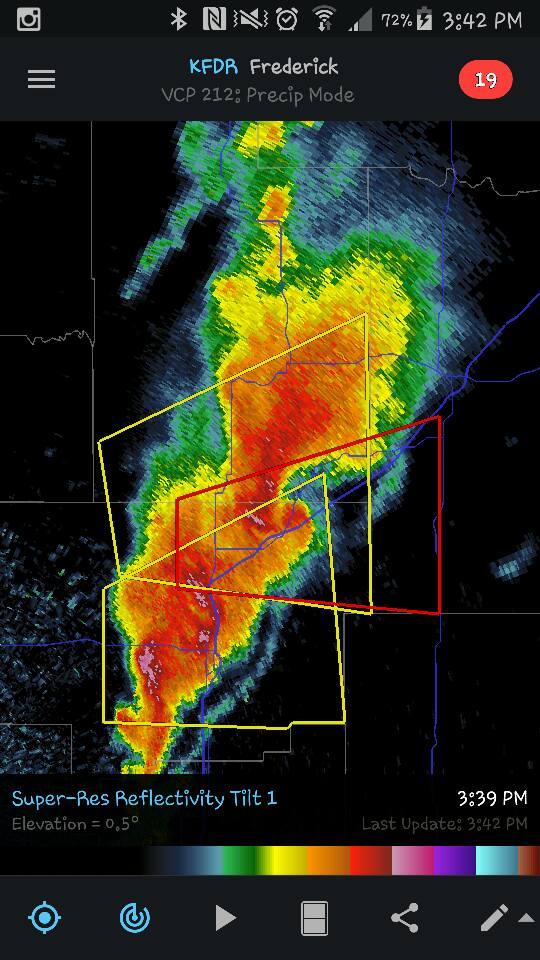 Knowing the structure of each type of supercell can help anticipate what hazards may develop in association with a specific storm. The variety of thunderstorm can also make you aware of features that may not be readily seen, such as a rain-wrapped tornado. These details can help you make decisions to protect yourself and your assets.