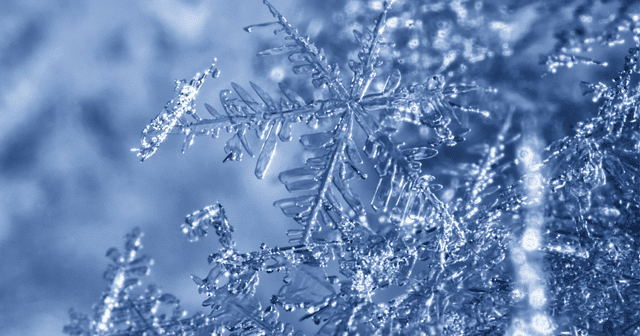 To help U.S. businesses better plan and prepare for the upcoming season, we recently released our 2021-2022 winter outlook. Together, our trusted team of top-rated, long-range weather forecasters and knowledgeable industry experts have broken down the essential details, nationwide and by region, in a handy report that you can download. Read on for key highlights.

While last winter was warmer than normal on average, conditions this season will be more favorable for colder than normal temperatures overall. We anticipate a colder pattern to develop across the central and western United States early. The exception will be the East Coast, where the early season is likely to average warmer than normal.

Looking ahead, December temperatures will guide the entire season overall. If a cold pattern develops during the month, which is possible, the season will likely average colder overall. But, if the bulk of the cold holds off until the second half of winter, the season may average warmer.

How the polar vortex behaves will be key in driving colder temperatures early and late in the season. The central region could see some significant temperature swings, with well-below-normal temperatures during any arctic outbreaks resulting from the polar vortex. However, the region will experience persistently mild temperatures for the remainder of the time.

The best potential for above-average precipitation will be across the Midwest, Great Lakes, and Pacific Northwest. Colder conditions over the northern United States could translate into above-average snowfall amounts.

Conversely, in the south, we predict below-average precipitation for the winter. The snowfall in the Northeast looks to be on track for an average year, but, notably, that snow will not be coming from the traditional coastal nor’easters.

Utilities
Since 2000, major U.S. weather-related power outages have jumped 67%. This increase forces utilities nationwide to rethink their response plans and adapt to the changing climate and resulting volatile weather events.

This winter, the industry will face more challenges. In New England, an active winter season is expected, with Upstate New York and New Hampshire prone to more frequent snowstorms. More inland snow tracks are likely vs. the typical nor’easters that occur most winters.

It’s not just precipitation that will be challenging this winter. Given the La Niña and negative Quasi-Biennial Oscillation (QBO) phase, more arctic outbreaks are expected this season than in the last two years. The weaker polar vortex will also bring quick pulses of arctic temperatures, which will create more natural gas demand. This could generate more challenges in addition to the potential for storm-related outages. Read more.

The preliminary winter forecast calls for stronger than average jet stream winds for much of the country, particularly in the northern tier, while southern areas will see weaker-than-average conditions.

Snow and ice are stereotypical, but so is enhanced thunderstorm activity. This winter, we expect increased activity along the Gulf Coast up into the Tennessee and lower Ohio Valleys, most likely later in the season.

Heightened low visibility risks are expected in the northern tier of the country, particularly in the Rockies along the Canadian border. This will create flight planning and routing issues as visibility restrictions can limit aircraft movement, contribute to capacity restrictions, and delay departures and arrivals. Read more.

The weak polar vortex and its more frequent bursts of arctic cold will affect pavement temperatures and related road maintenance decisions, particularly in the South. The quick transitions from warm to colder temperatures and back again will require careful monitoring and frequent adjustments. Read more.

Need detailed weather insights?
Contact us to learn how we can help you plan and prepare this winter and year-round with trusted operational intelligence.