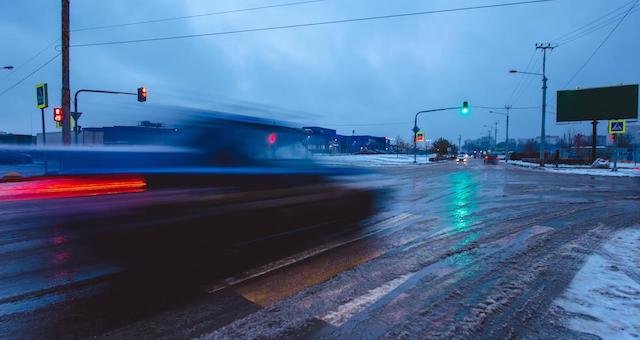 As the warm days of summer transition to the cooler days of autumn, winter conditions start to appear on the horizon. And while winter isn’t inherently negative, it does provide unique hazards not found in other seasons. Though the most prominent of these hazards is snow, winter can unleash a wide variety of precipitation types, each with its own challenges for both forecasters and the general public.

For most of the country, the telltale sign that winter has arrived is snowflakes flying through the air. Snowflakes, perhaps the most common of all wintertime precipitation, form when the entire column of air above a given location is below freezing. Since the snowflake never experiences above-freezing air during its descent through the atmosphere, it is unable to melt, remaining intact until it reaches the ground. Assuming the ground/road is below freezing, snow will begin to accumulate, resulting in deteriorating road conditions. In most cases, roadway conditions do not begin improving until a snow plow clears the built up snow/slush.

Another common wintertime precipitation type is freezing rain. While sounding similar and looking identical to its summertime counterpart, freezing rain can be more disruptive than snow. It occurs when there is a layer of above-freezing air just above the surface, though temperatures both at the surface and high in the atmosphere are below freezing. When snowflakes high in the atmosphere fall through this layer of above-freezing air, they melt to become typical summertime raindrops. When these raindrops reach the surface, however, they freeze on contact with any object that has a temperature below freezing. These objects could include roads and bridges, creating a layer of ice on the surface. Road conditions can deteriorate quickly with freezing rain, as a couple hundredths of an inch of freezing rain could snarl traffic as much as several inches of snow. Given that pavement temperatures can often be colder than air temperatures, especially in late winter and early spring, it is possible that freezing rain is occurring on roads while other objects, such as tree branches, do not experience any ice accretion. For this reason, motorists should use caution whenever rain is falling with temperatures close to freezing.

Similar to freezing rain is a phenomenon known as sleet. Sleet forms in nearly the same way as freezing rain with the only difference being a deeper layer of cold air near the surface. This cold air allows raindrops to completely freeze before reaching the ground, resulting in ice pellets at the surface. Sleet can accumulate on the ground similar to snow, though it is very uncommon to see sleet accumulations totaling more than an inch. With respect to road impacts, sleet has characteristics of both snow and freezing rain. While sleet is slipperier than snow, it is not as slick as freezing rain. Depending on the depth of sleet, it can be plowed, though given that pure sleet storms are uncommon, maintenance activities are likely to be based more on the entire storm and range of precipitation types, rather than strictly on the sleet aspect.

Preparing for wintertime precipitation means more than just preparing for snow. Snow, freezing rain and sleet can all pose hazards to the travelling public. Knowing how each of these precipitation types forms, as well as how they impact the road, can help those impacted make more informed decisions on how to prepare for winter and all of its hazards.