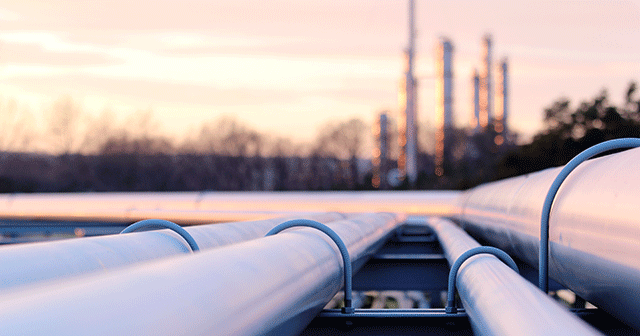 Last Friday, we pointed out that the weekly EIA data was far from bullish despite the attention given to the reported draw to commercial crude stocks. This helped lead us to call for a bearish correction in global crude prices as both fundamental data and technical price targets were pointing to crude prices getting way ahead of themselves. While the correction is causing immediate pain for crude producers, this could be a welcomed development for those hoping to clear the global glut of crude. That is, if – and it is a big if – the recovery in refined product demand continues.

While this re-benchmarking helped lead the EIA’s weekly domestic crude production estimate 100,000 bpd lower from the prior week to 11.1 million bpd, the EIA’s adjustment factor remained enormous. Even with the EIA pulling their production estimate lower by 100,000 bpd this week, the negative adjustment factor only narrowed to 906,000 bpd from 1 million bpd last week.

However, with the EIA consistently reporting a negative adjustment of more than 900,000 bpd for the past five consecutive weeks it has become increasingly clear that the agency is consistently missing on a variable that is both extremely large in volume and that has relatively low weekly volatility unlike waterborne net imports or refinery runs. As such, we continue to project that actual domestic crude oil production is closer to 10.4 million bpd – 700,000 bpd below current weekly EIA estimates.

Surging crude prices over the past two months amid plummeting refined fuel demand led to an extreme narrowing in refining margins. With underlying refined product demand recovering slowly but sharp cuts to crude production leading to rebounding crude prices, refining margins plummeted to their lowest in over a decade. This is not to say that the global cut in crude production was not needed, just that the recent rally in crude prices became too disconnected from underlying refined product demand and was due for a correction.

Net inputs of crude at refiners are reported at 13.48 million bpd in the week ending June 5, down 22% from the prior three-year average for the period and down 21% or 3.58 million bpd from year-ago levels. U.S. refinery capacity utilization is seen at 73.1%, or 20.1% below year-ago levels.

Based on Brent, the 3-2-1 crack spread is currently at $8.11 bbl – down 34% or $4.19 bbl from year-ago levels. While the 3-2-1 crack for WTI looks better at $10.73 bbl, this still marks a crack that is 50% below year-ago levels. Just six months ago, the outlook for 2020 gasoline refining margins were bleak and refiners were working to optimize diesel yields. But the pandemic quarantines and accompanying crash in economic and industrial activity has turned this entire scenario on its head. Based on WTI, RBOB refining margins are seen at $11.12 bbl compared to $10.17 bbl for ULSD. RBOB margins are still down 46% year-on-year compared to a 56% drop in ULSD margins.

That said, refining margins appear to be turning a corner. The decline in crude prices this week has helped bring ultra-low-sulfur diesel refining margins 15% above week-ago levels based on WTI, to $11.05 bbl. Based on Brent, ULSD margins are up nearly 25% on the week to just over $10.05 bbl. This should be a welcomed sight by both refiners and crude producers hoping for to see falling crude inventories in the near future.

What the crude market needs more than anything is to begin seeing sustained declines in refined product stocks amid rising fuel demand. The EIA’s refined product demand proxy, product supplied, is prone to sending misleading signals from week-to-week given that it is not a true measure of domestic consumption. But it remains a useful proxy. On a four-week moving average basis, total product supplied was its highest since the week ending April 10 in this week’s EIA report, at 16.3 million bpd. While clearly recovering, this is still 17% below year-ago levels.

Based on weekly EIA data, total petroleum product stocks hit their highest on record going back to January 1990 in the week ending June 5, at 901.6 million bbl. Stocks are now 88.8 million bbl above the prior three-year average for the week. To put this in relative terms, if you use the four-week average of the EIA’s product demand proxy, petroleum product stocks currently provide just over 55 days of cover for demand – up from 39 days of cover this time last year.

Total gasoline stocks are down 4.6 million bbl from their record highs set in the week ending April 17, but at 258.7 million bbl remains 20.6 million bbl or 8.6% above the three-year average for the period. On a four-week moving average basis, gasoline stocks are on the rise once again after falling throughout May. This could point to a stalling in the return of gasoline demand after initially bouncing from the bottom as
quarantines were lifted.

Distillate fuel oil stocks as reported by the EIA have been on the rise for 10 consecutive weeks. Last week’s build brought total distillate fuel oil stocks to their highest since August of 2010 at 175.8 million bbl. Although last week’s build to stocks was the smallest in nine weeks, at 1.6 million bbl, on a three and four week moving average basis stock growth has only marginally decelerated. While this may be a sign of arising green shoots for demand, it is too early to call as of yet.

Given the ongoing public health and economic struggles in Mexico and Brazil – two of the largest U.S. product export markets – this is a much-needed development. This could mark a turning point in global demand for U.S. refined products. Given that the United States is a net exporter of refined products, a sustained recovery in global fuel demand is needed to help clear inventories and allow refiners to return to more normal levels of activity.