For the past few years, there has been a lot of talk in the news about El Niño. Now, it’s time for the opposite pattern to appear: La Niña. The change it causes to Sea Surface Temperatures (SST) will influence our winter weather.

While an El Niño is an anomalous warming of the central and eastern equatorial Pacific ocean, a La Niña is an anomalous cooling of the same area. Both patterns tend to happen every 3-7 years and play a big part in how warm or cold US winters will be. 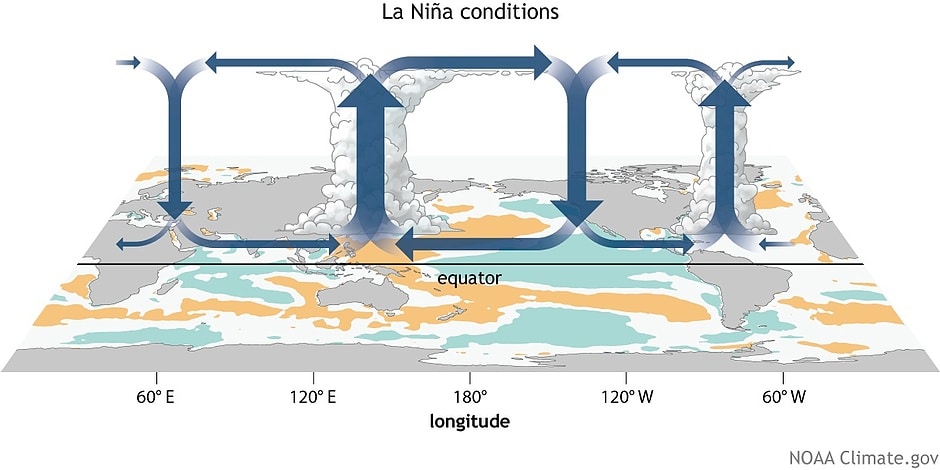 During a La Niña year, trade winds increase in strength and blow warm water westward leaving colder water along the Pacific Coast. The warmer ocean over Southeast Asia causes convection, leading to stronger monsoons. A circulation then sets up pushing dryer, colder air to the east and  Southern parts of the US are more prevalent to drought during this pattern. In the Atlantic Ocean, warmer waters can lead to more frequent hurricanes. 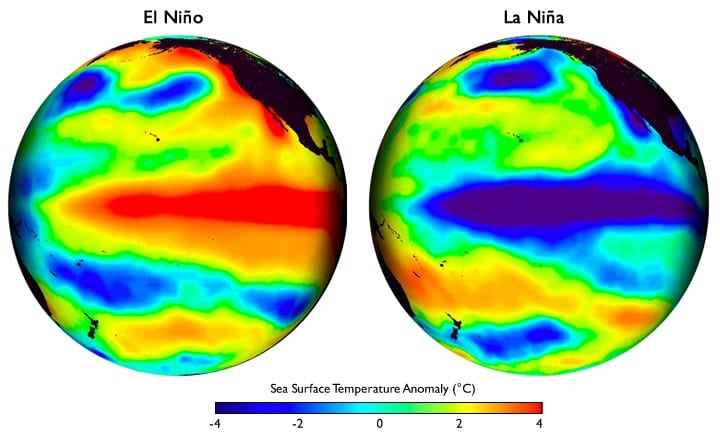 In the image above, you can see how the two patterns differ. On the left, the El Niño shows SSTs being up to 4°C warmer than usual. On the right, you see that a large area of the ocean has a negative 4°C anomaly. A large plume of cold water stretches across the Pacific Ocean, including cold regions along the coast of California and even in the Gulf of Mexico. 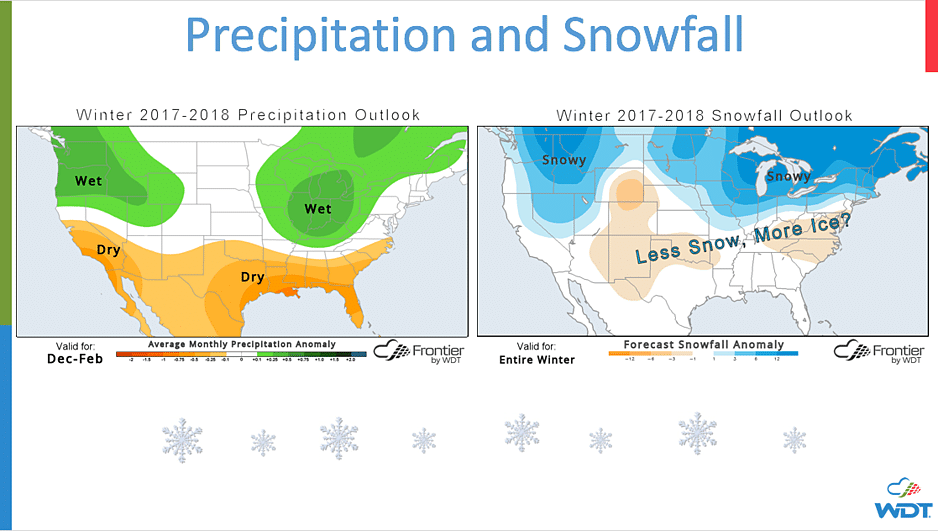 What does this mean for our winter? Due to the changing pattern of the Jet Stream, the Pacific Northwest will be colder than average with above average rainfall. The East Coast should be colder than last winter, though still above normal. Across southern parts of the US, temperatures will be warmer and dryer. Unfortunately, warmer weather can lead to ice storms in the Midwest. However, those up North may be quite snowy over the coming months.