The weather is moderating across most of the country at this time of year, and many areas are enjoying at least occasional pleasant weather days. So, we decided to take a look at which cities in the country have the most and fewest number of nice weather days per year. Everyone has their own idea of what weather constitutes “pleasant”, and while I personally enjoy cold and snowy weather, sunny days with highs in the 70s are also nice.

The rankings below are based on the average number of days per year over the last 10 years in which the daily high temperature was between 65°F and 85°F (~19°C and 30°C), the average daily dew point less than 65°F (~19°C), and the sky was not completely overcast. So, we effectively looked at days that had moderate temperatures, low humidity and at least some sunshine and considered this as the best weather. Not surprisingly, southern California came out on top with the most number of nice days per year. The cities with the fewest number of nice days tended to be cities that stayed colder throughout most of the year, or in the case of Key West, FL, tended to stay hotter and more humid. Again, the criteria used were somewhat arbitrary, and personal preferences vary considerably. 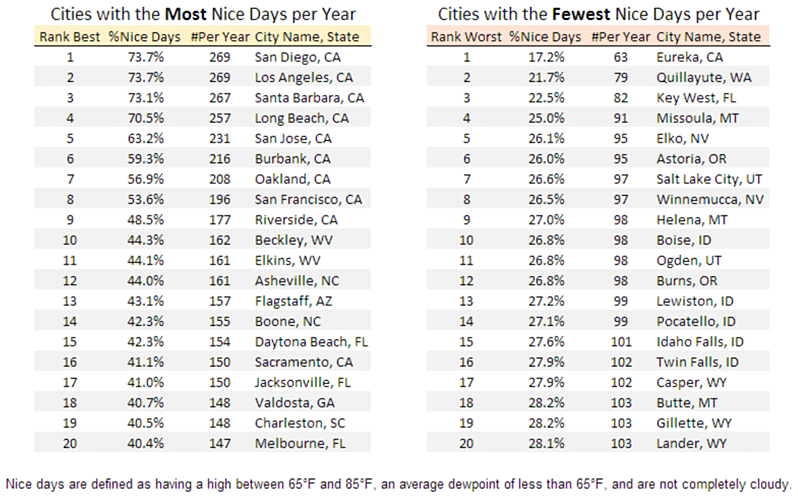 Since summer is coming soon, we also ranked the twenty cities based on the most number of days with highs greater than 85°F and an average dew point greater than 65°F. The following table shows those leaders in heat and humidity. Not surprisingly, all locations are in states located along the Gulf of Mexico. 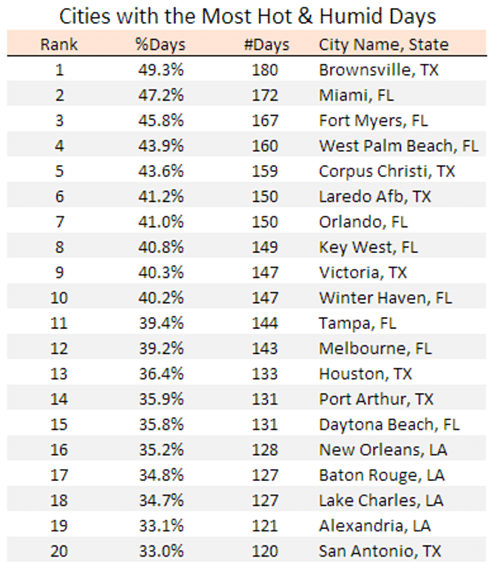 The data below that contains information on the number of nice days, hot and humid days, cold days, for the top 100 US cities. Take a look and see if your city ranks here! 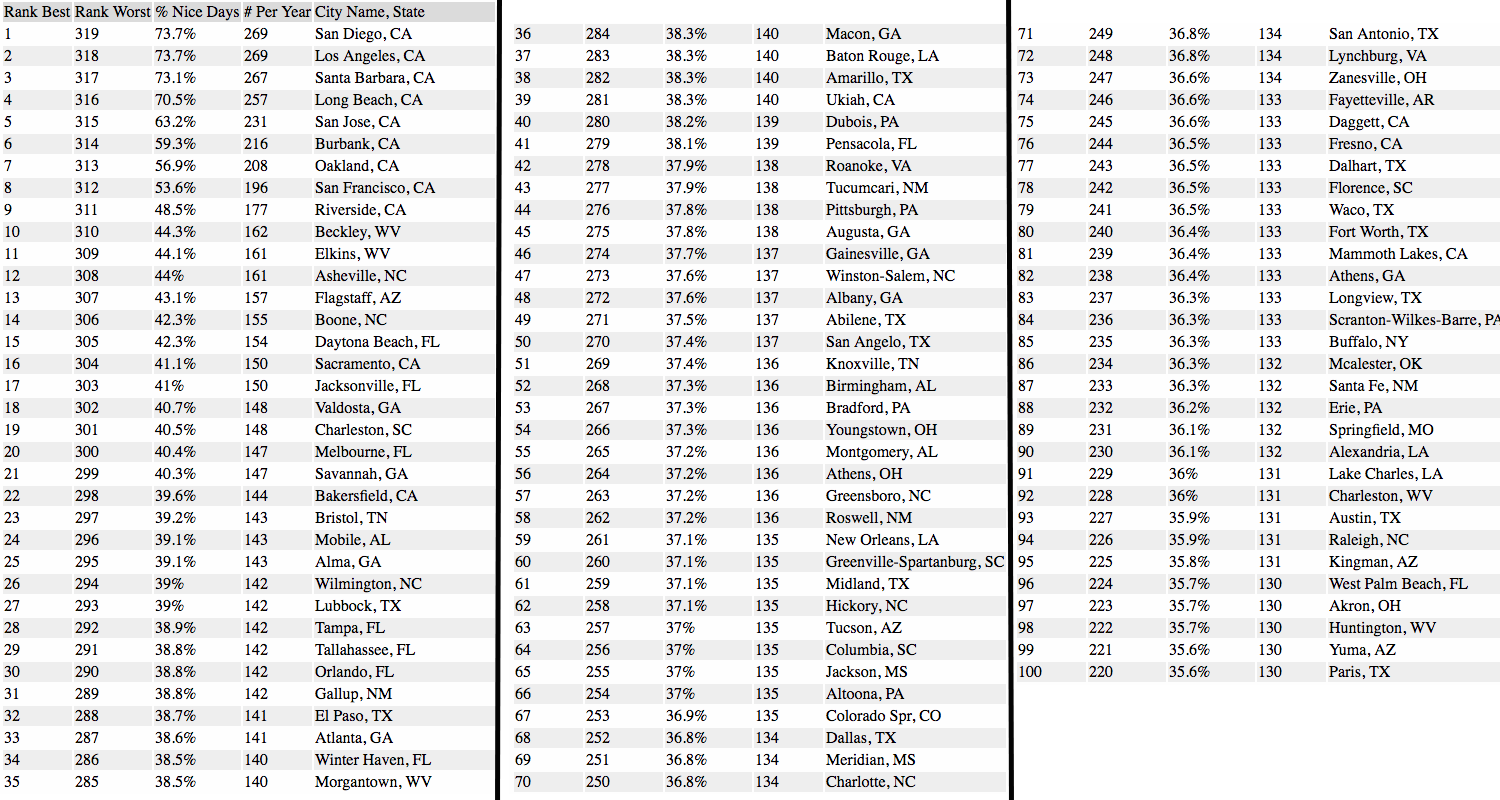