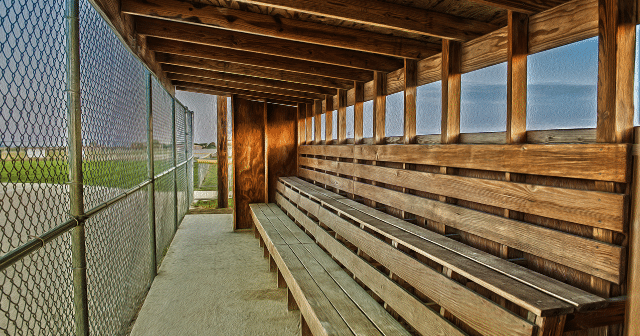 Recently, I attended my nephew’s little league baseball game in the Denver area. As often happens during a summer afternoon in many parts of the country, thunderstorms approached.

I watched as thunderstorms developed to our west and moved toward the ball field. I was amazed at the lack of awareness shown by the umpires, field management, coaches and the hundreds of parents watching their kids play.  When lightning moved within four miles of the park (less than the eight-mile threshold that should trigger a response), I talked to the umpire and coaches between innings. Their first reaction was that the lightning was “more than 40 miles away,” even though they had no way to access weather information. I think my conversation with the umpire motivated him to delay the game when the next lightning strike occurred even closer.

What happened next was actually the scariest part of this event. There were four fields at the facility and all games were stopped because of the lightning. However, no announcement was made nor were any additional safety precautions taken.

Players and fans milled about. Some stood near tall metal fences while others played catch on the field. No one was in a safe place and, worse yet, no one seemed to care.

I grabbed my nephew and we headed for the safety of the car. It rained, though not hard, and numerous lightning strikes ultimately came within less than a mile from the baseball complex.

The game resumed after the sun came back out about 15 minutes later, although my app indicated that lightning was still less than three miles away, meaning it was still not safe to play.

In the end, no one was hurt. But the risk that those hundreds of people took, seemingly unknowingly, is not OK. This same risk recently resulted in a fan being struck at a soccer game in Illinois. Somehow, we need to educate athletes and fans – at all ages – about these risks and encourage them to create action plans for lightning and other hazardous weather.

There are many lessons to be learned from this scenario, which I’m sure plays out hundreds of times each summer. First, as detailed in the American Meteorological Society’s statement on lightning safety, radar and lightning data should be monitored, whether by a professional meteorologist or through the use of a sophisticated weather app, such as DTN WeatherSentry®, which was custom built for events like baseball games. Second, the standard best practice for lightning safety is that when lightning first occurs within eight miles of an event, all activity should be stopped. Players and fans should move to a safe place. And third, the event should not resume until lightning has not occurred for 30 minutes or moved at least eight miles away. WeatherSentry, available as a mobile phone app, automates this monitoring process and informs the user when it’s safe to resume activities.

And while it’s one thing to be aware that a storm is coming, it’s another to put a plan in place that ensures the safety of fans and players. That’s why lightning safety best practices also encourage the development of a plan in advance which would provide rules for coaches, athletes and fans to follow when lightning is in the vicinity. These rules would include when to stop events, where people should be directed to go, and when to resume.

I encourage parents to write to their local recreation board or Little League authority and make them aware of the AMS lightning safety policy and guidelines. Every youth sporting event and venue should have a lightning safety action plan in place and those in charge should have the tools necessary to make the proper decisions!

We all have busy lives and don’t want to be inconvenienced by the weather any longer than necessary. However, without following best practices, participants and spectators are unnecessarily being put at risk.