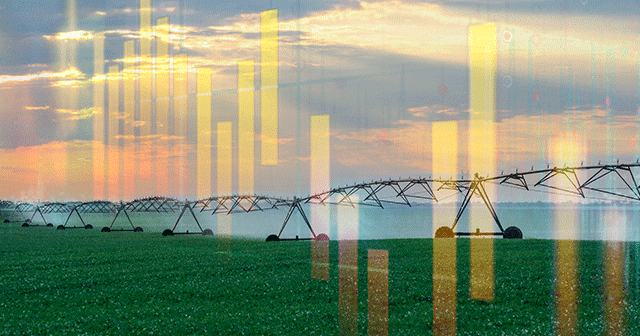 In the July WASDE report, USDA estimated an average farm price for corn of $5.60 a bushel, based on 1.432 bb of U.S. ending corn stocks in 2021-22. The yield estimate stayed at 179.5 bushels per acre and has not yet reflected this season’s weather concerns.

Now in early July, the main risks for corn prices are the weather and China’s demand. USDA’s assessment that 65% of the corn crop is either in good or excellent condition is lower than normal for this time of the year and ties the rating of July 2017. In the past 12 years, only 2012 and 2019 have had lower ratings at this time. During the DTN Ag Summit last December, Senior Ag Meteorologist Bryce Anderson predicted a trend for drier weather and above-normal temperatures in the northwestern Corn Belt versus cooler, more favorable conditions in the eastern Corn Belt, which has held true — and describes the current pattern.

A closer look at corn

With these conditions, a corn crop of no more than 15 billion bushels looks likely, meaning that the ending corn surplus in 2021-22 probably won’t add more than 300 million bushels to the current, estimated surplus of 1.08 billion bushels. A 1.40 billion bushel new-crop surplus, if true, would suggest cash corn prices near $5 at harvest.

Cash corn on The DTN National Corn Index is currently $6.30, helped by USDA’s estimate of 1.08 bb of ending stocks for the current season. Last year, China’s purchases sent corn prices much higher than expected, and conditions are ripe for that to happen again. China’s domestic corn price remains above $10 a bushel — a sign more corn is needed. Also, Brazil’s corn production is down roughly 12% in 2021, setting the United States up for a good year of corn exports ahead if corn’s higher prices don’t discourage the market too much.

Barring extraordinary purchases from China and assuming a decent national yield of 175 bushels per acre, I expect cash corn prices in the low $5s this fall with firm support near $4.50 a bushel. Keep in mind, fall is typically the worst time to sell corn, and the lower-than-usual outlook for corn supplies in 2021-22 should keep bids active and higher in early 2022.

For soybeans, USDA’s average farm price estimate of $13.70 a bushel for 2021-22, if true, would be the highest since 2012-13. USDA limited the bearish risk to this market on June 30 with a low planting estimate of 87.6 million acres in 2021. Even if the national yield estimate of 50.8 bushels per acre is reached, only 155 million bushels of ending stocks are expected for 2021-22, hinting at a repeat of one the tightest supply situations on record relative to demand. November soybeans are currently near $13.30 a bushel, and The DTN National Soybean Index is at $13.96.

With U.S. soybean supplies so tight, traders are more nervous than usual this year as modest changes in either the weather or China’s demand can have magnified impacts on prices. Drought has depleted subsoil moisture in the Dakotas, Minnesota, and Iowa. USDA estimated 59% of the soybean crop as good to excellent — the third lowest rating in 12 years. Even so, there is time for soybean conditions to improve, provided timely rainfalls in August when pods are filling.

Regarding China, signs of demand from the world’s largest soybean buyer remain remarkably bullish. China has been taking soybeans so quickly from Brazil’s record 5.0-billion-bushel harvest in 2021 that FOB prices in Brazil are already nearing comparable prices at the U.S. Gulf, now less than 10 cents a bushel cheaper.

For cash soybeans, $13.50 a bushel is a reasonable fall target with support for prices at $12. Given the limited acres and aggressive appetite from China, if there is a surprise for soybean prices this fall, it will likely be to the upside. Much will depend on the next couple of months of U.S. weather and fall planting conditions in Brazil.

After several years of low prices and large corn and soybean surpluses, 2021-22 should see prices stay near their highest levels in seven years as supplies remain relatively low. With China showing a growing inability to produce enough of its own feed grain, productive U.S. farm acres shrinking, and drought threatening an important part of the Midwest, rebuilding surplus piles of U.S. corn and soybeans will likely prove difficult in 2021.

Want to get more insights from our experts?

Get more information about the commodity markets, weather, policy and technology our award-winning DTN experts track and analyze. Download a preview for the rest of 2021 with our Ag Trends white paper.