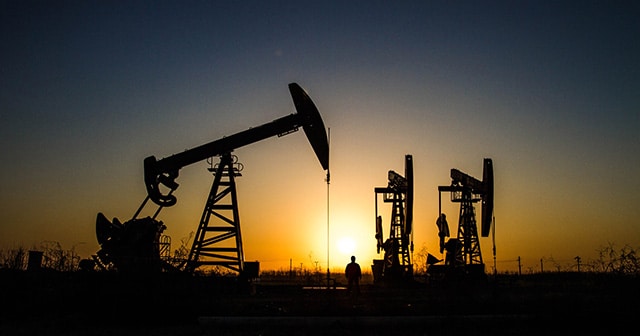 One of the most bullish developments of the week has been a simultaneous flattening of the WTI forward curve and rise in refining margins. Plummeting net imports of crude, as was reported by the EIA this week, now look to be the best hope for drawing down U.S. crude stocks in the coming weeks. With refining margins still 50% below year-ago levels, U.S. crude production recovering and the SPR now just 2.6 million bbls away from reaching the recent award limit, net import weakness must be sustained this month in order to continue to lead to the material draws to stocks needed to push WTI higher to the next major level of resistance at $44.00 bbl.

A wave of Arab Gulf—primarily Saudi Arabian—crude imports helped push the weekly pace of crude imports to 7.2 million bpd in the week ending May 22. This marked the strongest pace of crude imports to the U.S. since peak demand season last August. Heavily discounted Saudi crude that was bought amid the price war that sparked off in March was largely to blame for the surge in imports. But this wave of imports is now behind us and imports are once again moving lower.

The EIA reported crude imports falling 571,000 bpd in the week ending June 26. At 5.97 million bpd, imports were reported at their weakest since the week ending May 15. With Saudi Arabia and other OPEC+ nations cutting supply and hiking selling prices, import weakness should continue in the coming weeks.

With WTI Houston moving to a massive discount to Brent in April and a flurry of VLCCs arriving to offload Arab Gulf crude in May, US crude exports appeared to be set for a rebound moving through June. While initially turning lower and averaging just 2.45 million bpd in the first two report weeks of the month, EIA data show exports rising to average 3.12 million bpd in the following two-week period. The EIA reported US crude exports 102,000 bpd above year-ago levels in the week ending June 26, which is impressive considering that domestic crude production is reportedly 1.2 million bpd lower year-on-year.

Even still, it appears as though the EIA underestimated crude exports last week. Ship tracking firm Tanker Trackers reported US crude exports of nearly 3.8 million bpd during the week. The EIA’s own data also suggests that they may have sizably underestimated exports last week. The EIA’s adjustment factor, which has in recent weeks largely reflected the EIA overestimating crude production, jumped higher this week. After narrowing for three consecutive weeks and falling to just -52,000 bpd in last week’s report, the adjustment factor rebounded to -631,000 bpd this week. Given that crude production is unlikely to fall by such a large margin during a single week, and that ship tracking data suggests that exports were 700,000 bpd above the reported figure, it is likely that the rebound in the adjustment factor this week was reflective of an underestimation of exports.

Even with domestic crude production down 1.2 million bpd year-on-year, with refinery runs still nearly 3.3 million bpd below year-ago levels and unlikely to ever truly normalize this summer, the U.S. must return to its pre-COVID trend of narrowing net imports if it is to see sustained crude destocking.

Another reason weakening net imports of crude are going to be needed as we move through July is that one of the recent sinks for US crude—the SPR—is nearing its award limit. The Department of Energy awarded 23 million bbls of storage capacity as companies were scrambling to secure storage back in April. Since the week ending April 24, the EIA has reported a steady flow of crude from commercial stocks into strategic reserves.

Since the 23 million bbls of SPR capacity were awarded, the EIA has reported strategic reserves rising 20.4 million bbls. Although companies storing oil are allowed to keep the crude in SPR storage through March 2021 (which means this crude will not be immediately dumped back into the commercial market), with just 2.6 million bbls left before reaching the award limit, this means that another source of “demand” from commercial stocks is about to stall.

With a growing wave of COVID-19 outbreaks in the U.S., refined product demand growth looks likely to slow just as crude production is coming back online. This comes as the SPR award limit is nearing, cutting off another outlet for commercial reserves. Strength in net exports of refined products and weakness in net imports of crude are going to be crucial for the sustained draws to stocks needed to push crude prices higher in the coming days.