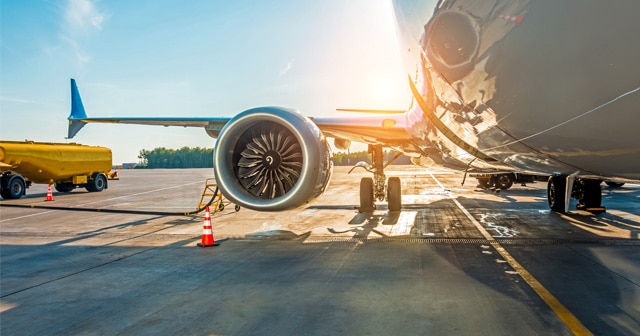 CRANBURY, N.J. (DTN) — Upon judicial review, the Court of Appeal in the United Kingdom on Feb. 27 declared unlawful a government proposal to build a third runway at Heathrow Airport, Europe’s busiest and the seventh busiest airport globally by passenger traffic, indicating the expansion acknowledged increased demand that ran contrary to the UK’s commitment to battling climate change under the Paris Agreement.

The UK government said it would not appeal the ruling even though the House of Commons in June 2018 voted 415 to 119 in favor of building the runway. Heathrow Airport said it would take the case to the Supreme Court.

Passenger travel at Heathrow Airport reached a record high 80.8 million passengers in 2019, up 0.9% against year prior, with Heathrow the second busiest airport globally for international passengers. In a world where four billion people were under lockdown for several weeks, record passenger traffic in 2019 at Heathrow will hold this year, but the real question is: will it be a peak?

The COVID-19 pandemic that emerged from Wuhan, China, has upended the lives of millions in 2020 and inflamed nationalistic spirits, accelerating an anti-globalism movement already seen in parts of the world amid a rise against “ruling elites.” In fighting the pandemic’s spread, governments across the globe have closed international borders, a xenophobic dream come true. U.S. Secretary Steven Mnuchin, in an interview with Fox Business Network on Monday (5/4), said it was too soon to decide if international travel would restart this year.

In June 2019, Planete Energies, an initiative by Total Foundation, said there were four billion air passengers in 2017, up from three billion in 2013, and projected that number could increase to 6.7 billion by 2032. The share of fuel demand by the aviation industry was growing far quicker than for maritime shipping, accounting for 7.8% of final oil consumption globally compared with 6.7% for waterborne movement. For perspective, road transportation represents 49.3% of global final fuel consumption.

In the United States, jet fuel demand increased annually for seven straight years through 2019, according to the Energy Information Administration, averaging 1.74 million bpd last year. Over the seven-year period, jet fuel supplied to the U.S. market surged 342,000 bpd or 24.5%, a sharp 3.2% annual growth rate since 2013.

U.S. jet fuel demand in 2020 was softer, although on par with 2019 in January through mid-February before slumping sharply, dropping 25% during the third week of February against year ago at 1.45 million bpd, EIA data shows. It would nosedive to 463,000 bpd during the week ending April 10, a low last seen in January, 1967. During the week ending April 24, jet fuel supplied to the U.S. market increased to 800,000 bpd.

Based on data from Flightradar24, a global flight tracking service, the total number of international flights fell to a low of 46,924 on April 12, since recovering to 84,320 flights on Tuesday, May 5. Commercial flights totaled 33,910 Tuesday, 40.2% of total flights. The 90-day tracking period shows a high of 196,756 on Feb. 21, with flights including passenger and commercial travel, as well as military flights and drones.

U.S. Department of Homeland Security shows 163,692 travelers passed through Transportation Security Administration checkpoints on Tuesday, May 5, which compares with 2,470,969 travelers year ago. The low was reached on April 14 at 87,534 traveler passthroughs at TSA checkpoints.

Despite the gradual reopening of state restrictions on people’s mobility, a recovery for air travel is a long way off. Crowded airports, long security lines, and cramped seating will be shunned by many former air travelers while a global pandemic claims thousands of lives. After the threat passes (and it could very well be more than a year’s time) it’s difficult to imagine air passengers accepting the poor treatment they received over the years as airlines jammed passengers into tight middle seats, shoulder-to-shoulder with fellow travelers.

Tough economic times as we’re now in prompt balance sheet review as much as soul searching. Businesses clamping down on travel so as not to place employees at risk turned to the virtual meeting, and this might have a long-lasting effect. Debates will no doubt flourish in accounting departments and C-suites on the need for business travel if objectives can be accomplished on the computer screen, saving time and cash. The ripple effect could be broad, considering the effect on the hospitality industry should business travel be greatly curbed.

The Oracle from Omaha certainly has concerns. Warren Buffet on May 3 announced during the annual Berkshire Hathaway meeting (this year a virtual affair) the company sold all its shares in four airlines, including stakes in United Airlines, Delta Air Lines, American Airlines and Southwest Airlines.