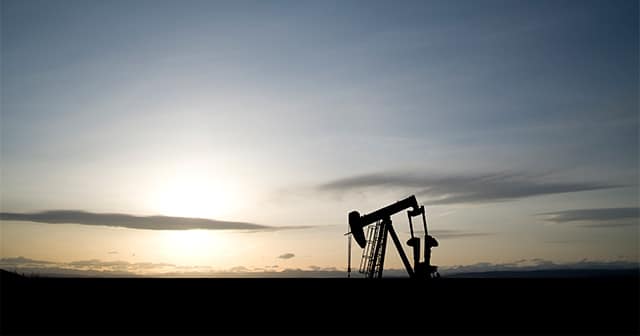 LOUISVILLE, Ky. (DTN) — Just as it appeared that refined product demand and refinery runs were turning a corner amid draws to both gasoline and diesel stocks in last week’s Energy Information Administration data, a surge in COVID-19 cases across America’s south and southwest are putting hopes for normalizing product demand back on pause. This week’s EIA data show commercial crude stocks rose for the fourth consecutive week to a new record high in the week ending June 19. While we have been able to look past crude stock builds and toward leading indicators of demand recovery for hope in recent weeks, this week’s EIA report points to the early stages of a recovery in U.S. crude production. Rising U.S. crude production, combined with slumping refining margins and headlines of new COVID-19 risk mitigation efforts, should create major headwinds for the recent rally in oil prices.

The EIA’s adjustment factor represents the cumulative error from each element in the U.S. crude oil supply and disposition balance sheet. In arithmetic terms it can be represented as U.S. production + Imports – Inventory change – Refinery runs – Exports = Adjustment factor. Which is to say, it balances the balance sheet, given errors in estimates of the other variables. When the estimated production + imports – exports – refinery runs fail to equal the measured stock change, the adjustment factor fills in the gap.

Production has been the largest constant source of error by the EIA since early 2016, when the adjustment factor began to grow. The correlational and causal relation between U.S. crude production growth and the growth of the adjustment factor has been increasingly apparent over the past four years. This relationship has been acknowledged by the EIA and is explained by the fact that the agency is comfortable with a 2% margin of error. A 2% error on 8 million bpd of production is of course much smaller on absolute barrel terms than 2% of 13 million bpd of production. As production rose sharply in recent years, it was typical to see the EIA need a positive adjustment factor due to their underestimation of domestic production.

With the EIA consistently reporting a negative adjustment of more than 900,000 bpd for the five consecutive weeks through the week ending May 5, it became increasingly clear that the agency was consistently overestimating U.S. crude production. As discussed in last week’s edition of this report, the EIA cut their weekly production estimate 600,000 bpd from the prior week. Given that storm-related shut-ins accounted for a drop of 465,000 bpd for the week, this means the EIA cut production 135,000 bpd in addition to the offshore production shut-ins. The slashing of the production estimate uncoincidentally led the adjustment factor to narrow by 247,000 bpd. The narrowing adjustment factor pointed not only to the EIA’s weekly production estimate falling closer in line with reality, but also signaled that actual onshore U.S. crude production had bottomed and was beginning to tick higher.

The EIA reported U.S. refinery runs rising 240,000 bpd on the week. And yet even with exports of gasoline, diesel and jet fuel all decreasing from the prior week, the agency reported draws from both gasoline and jet fuel stocks during the period. This could be cause for optimism regarding domestic fuel demand recovery, but global demand for U.S. exports must be sustained for the market to rebalance, and refinery runs to truly normalize. Now, the resurgent spread of COVID-19 puts even domestic demand normalization on shaky ground.

With this week’s explosion of COVID-19 cases in the U.S. sunbelt, several U.S. states are now requiring visitors from COVID-19 hot spot states to quarantine for two weeks. The European Union is even considering banning U.S. travelers amid the continued growth in the outbreak. Even before these headlines on Wednesday, data from the TSA show total U.S. airport traveler throughput already moving lower early this week. On Tuesday, total traveler throughput was 81% below year-ago levels. While better than the 96% decline year-on-year at the peak of flight avoidance, growth in air travel is beginning to plateau. In early June, the seven-day moving average for traveler throughput was growing at a 4.1% pace; this metric has now turned lower, falling to just 1.4% using the latest figures.

With a growing wave of COVID-19 outbreaks in the United States, refined product demand growth looks likely to slow just as crude production is coming back online. This should create major headwinds for both crude and product prices in the coming days.