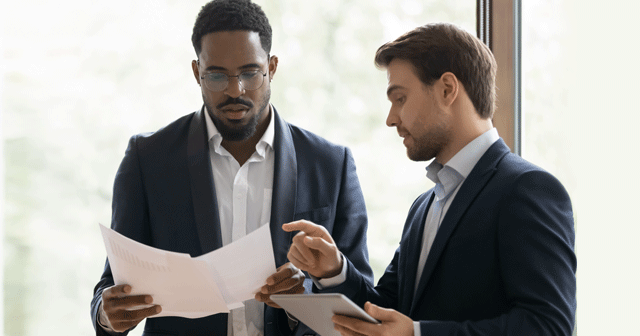 Finding greater profit potential is key to growing your business, but that can be difficult in today’s complicated fuel markets. Specific and accurate insights into local and larger demand can help. Let’s look at three market dynamics where you can uncover added opportunities.

What is market share, exactly? If you sold 8,000 gallons one week and 16,000 the next, that must mean you captured more of the available market, correct? While that’s technically accurate, there’s more to it.

Yes, you’d know your volume, and you probably made a healthy profit — but is that all you could have earned? What did your competitors sell? If they sold 32,000 gallons during the same period, you’d actually lose market share.

Now, you might think looking at rack data would show you where product is going. After all, if there’s a sudden increase in the number of trucks delivering to Des Moines, Iowa, for example, there must be high demand there. Not exactly. The delay between rack data and retail delivery can span several days — and margins can tighten or even disappear in that gap.

Witness what’s recently happened during the war in Ukraine. Energy markets were already tight for numerous reasons, but gas prices spiked within 24 hours of Russia’s invasion. Why? Retailers knew they’d pay more to replenish their supplies on their very next purchase. However, an interesting thing happens on the other side of a price spike: reductions take longer as retailers look to recover margins, and higher prices linger.

That’s why overall market data is critical. It’s the difference between protecting your margins on individual purchase contracts and growing your business; only one promises future success.

Location, location, location. Determining where to buy or build a retail site is a significant decision — and a substantial investment. How should you justify the purchase? One metric might be activity, but the number of people frequenting the area isn’t necessarily a good indicator of gas demand.

Foot traffic is important. If consumers rarely visit the area, you might struggle to draw customers to a new gas station. While you could strive to create a destination convenience store that significantly alters consumer behavior to support the venture, it’s a tall order in today’s retail landscape.

So, foot traffic information is key to scouting for expansion locations, but it’s only part of the picture. Just because an area is dense with consumers, it doesn’t automatically equate to high area demand for refined fuels.

For example, let’s say you’re a big retailer in Houston looking to expand. It’s a big, growing metropolis with a healthy local economy. That makes it a great city for a new gas station, right?

Not so fast. Increased population density typically comes with increased public mass transit options. Larger downtown areas also have residential buildings alongside commercial ones, making commutes often short enough that biking or walking is not only viable, but also preferred. That new station could end up being an expensive mistake.

That said, there also happens to be a suburb of Houston called Pasadena, and over there, they’re driving. There are a lot of families with kids in activities that require ferrying to and from school and home. As it turns out, demand in Pasadena is increasing, but measuring foot traffic alone wouldn’t tell you that. That’s where you need more holistic data.

The final consideration for when, where, and how to ship product is the occurrence of a major emergency, and in recent years, the refined fuels markets experienced several unplanned disruptions.

For example, in 2021, when Hurricane Ida made landfall, refineries shut down. The intention was not only to prevent infrastructure damage but also since personnel were evacuated for safety reasons, no one would be there to control key operational systems.

This presented a unique challenge for wholesalers. They still had demand — after all, first responders needed fuel for their squad cars, fire trucks, and ambulances. So did media organizations with crews reporting live from the scene. But where would they find affordable gasoline with limited refinery output?

As evacuated residents returned home and demand rose, refineries were still not producing at full capacity. Once again, knowing where to buy and sell refined fuels inventory was a challenge.

But if wholesalers can measure rack demand at a granular level and know where to send trucks in anticipation of a supply outage, they can protect their margins.

As you’ve seen, there’s simply no substitute for accurate, specific demand data. Thankfully, there are ways to manage these market dynamics and capture more opportunities to trade fuel profitably while also serving the needs of consumers.

You deserve the best data possible