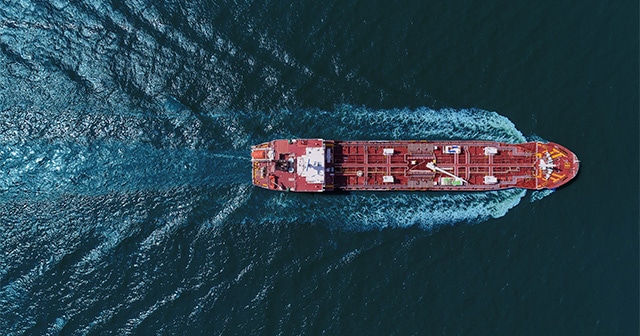 Louisville, KY (DTN) – According to multiple ship tracking data services like Llyods List and Tanker Trackers, there is between 40 and 50 million bbl of Saudi Arabian crude en route to the US at the moment. As such, US crude imports are set to surge in May. While this level of imports seems unfathomable amid the current rout in US crude prices, it may actually serve as a welcomed development by both US crude producers and oil refiners.

While on the surface it seems absurd that imports of Saudi crude would spike even as the US crude benchmark sinks into negative territory amid oversupply, this development may be welcomed by both US producers and refiners. For producers, empty VLCCs are the key to ramping up export volumes. VLCCs are largely the only vessel used to ship US crude to Asia, and amid high freight rates a VLCC arriving in the US Gulf Coast is unlikely to leave and travel back to the Arab Gulf empty.

The ships arriving to offload Saudi crude will then either be used for floating storage of US crude or as a means to get US crude to places like South Korea, Japan, China and Singapore. Either way, this will serve as an outlet for volumes that will no longer need to find a home in onshore storage in the US.

As for US refiners, the buyers of the soon-to-be-delivered crude certainly saw multiple reasons to book these deliveries. First, refiners were likely persuaded by Saudi Aramco’s slashing of their Official Selling Price (OSP) for April. Aramco cut the April OSP of its Arab Light crude to the U.S. to a discount of $3.75 bbl versus the Argus Sour Crude Index, down $7.00 bbl from March.

Secondly, with diesel refining margins far stronger than those of gasoline, US refiners will benefit from running a heavier barrel of crude which yields higher volumes of diesel. Arab Light Saudi crude, with an API gravity of 34, compares to an API gravity of around 42 for the majority of the West Texas shale production and is far more sulfur rich.

On net, this development could counter intuitively mean lower crude stock builds than would have otherwise been possible as ships are refilled with US grades and as US refiners have a greater incentive to refine crude when margins are higher. Given that US market participants booked the cargoes knowing their desired refining slate and available onshore storage capacity, efforts by policy makers to prevent allowing these imports to come onshore could not only prevent a needed export outlet for US crude but could also weigh on refinery run rates in the US exacerbating builds in crude storage. Market prices continue to be the best coordinator of the oil supply chain and efforts to intervene in this supply chain are likely to cause greater harm than good.