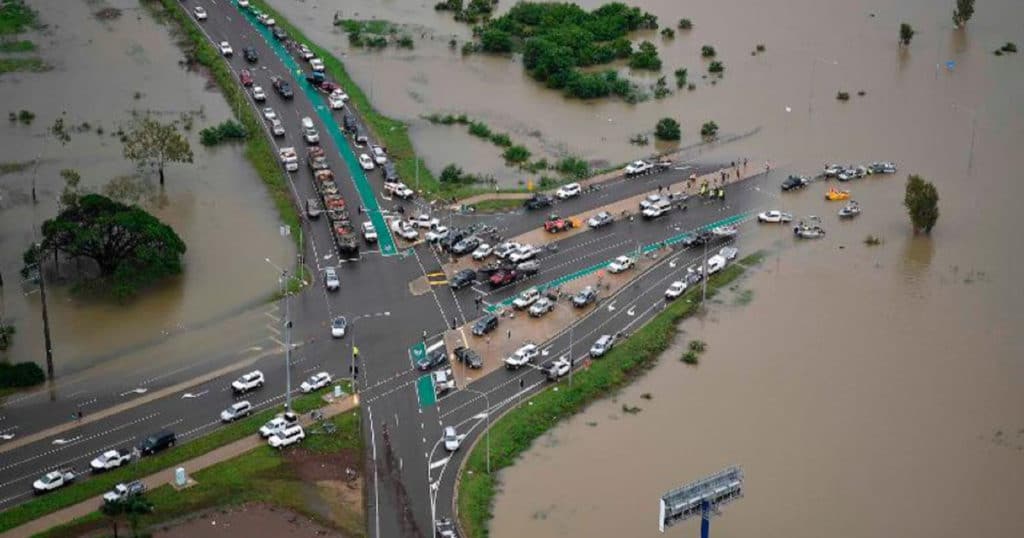 A very active monsoon trough across northern Queensland and a tropical low-pressure system that developed along the trough have resulted in record-setting rainfall amounts across the area.

The monsoon trough across the northern Cape York Peninsula and Australia’s Top End spawned tropical Low 01S on Jan 24th across the Gulf of Carpentaria.

01S drifted eastward over the Peninsula over a 48 hour period and then slowly drifted southward as the monsoon trough dipped to the south across northern Queensland. The trough settled across the coast near the city of Townsville, allowing for the moist northerly winds around the Tropical Low to converge with the southeasterly winds from the Coral Sea. Persistent thunderstorm development resulted along this convergence zone, with 10-day rainfall amounts ranging between 1000-1500mm (39-59in) along eastern and northeastern Queensland as of 06-Feb.

The city of Townsville and its surrounding areas were hit particularly hard, with the combination of the torrential rainfall and flooding from the swollen Ross River producing massive flooding across the area. The city experienced their normal annual amount of rainfall (1143mm, or 45 inches) over just the last 10 days. Adding to this, water being released from the Ross River Dam, which was at nearly 250% capacity, was released into the river, further inundating the regions downstream.

Fortunately, the tropical disturbance is moving eastward out towards the Coral Sea and will ease the rainfall across the region for the remainder of the week.