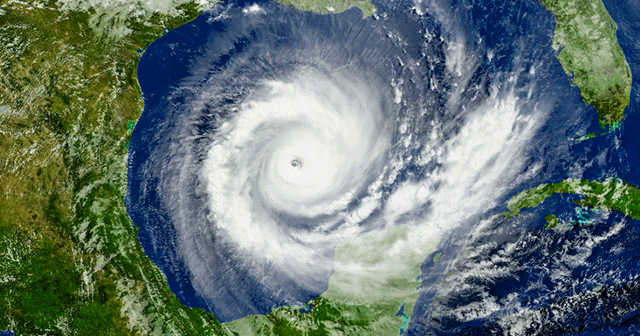 Even as weather forecasts called for one of the most active hurricane seasons on record, few could have foreseen how long a lifeline the 2020 Atlantic hurricane season would throw to oil bulls, OPEC+ and all those hoping for narrowing inventories of crude globally. With the fifth storm of the season to shut in offshore crude production, Delta, approaching the Gulf Coast, the potential for another counter-seasonal draw to U.S. crude stocks is back on the table. But as we look forward through the remainder of Q4 and into 2021, this short-term noise will dissipate, and we expect attention will return to lingering demand weakness.

Based on BSEE data, offshore production outages amid this year’s hurricane season have already accounted for 22 million bbls of supply that would have otherwise come to market. To put this in context, this is nearly half of the volume that commercial crude stocks in the U.S. have decline from their peak in June. Although each storm has a temporary impact on production, the storms have clearly had a significant cumulative impact on narrowing the crude inventory overhang. If hurricane Delta continues its currently forecasted trajectory toward Louisiana, it is likely that we see another disproportionate impact to U.S. production relative to refinery runs, which would portend another counter-seasonal draw to crude stocks. However, if the trajectory shifts West toward Houston, the potential for a larger hit to refinery runs and exports—and therefore crude builds—grows. 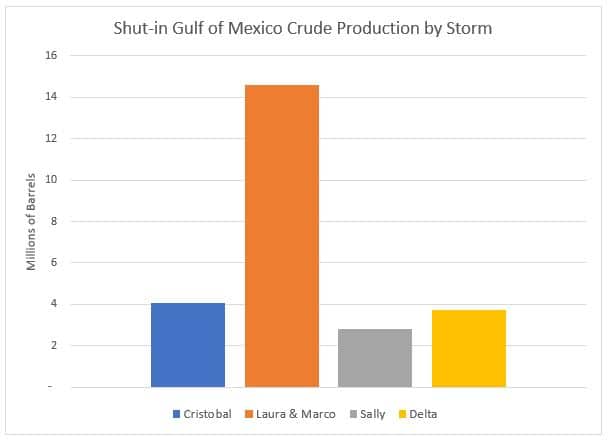 This month’s STEO report had three notable revisions in our view:

To summarize this month’s revision to the outlook: the EIA revised their expectation of refinery runs lower and crude production higher, thus eliminating the need for the sharp rebound in net imports of crude that they had been forecasting in previous months.

While this brings the EIA closer to our outlook on the market, the EIA still assumes refinery runs will rise to be just 8% below year-ago levels in December after averaging 15% below year-ago levels in the September-November period. They go on to expect refinery runs will recover to just 7% below Q1 2019 levels in Q1 2021. We continue to view the EIA’s expectation for refinery runs as overly optimistic barring some breakthrough in vaccine deployment or COVID-19 therapeutics success. Furthermore, the EIA’s outlook for crude demand clearly does not account for another winter wave of the virus hitting late this year as health officials expect. 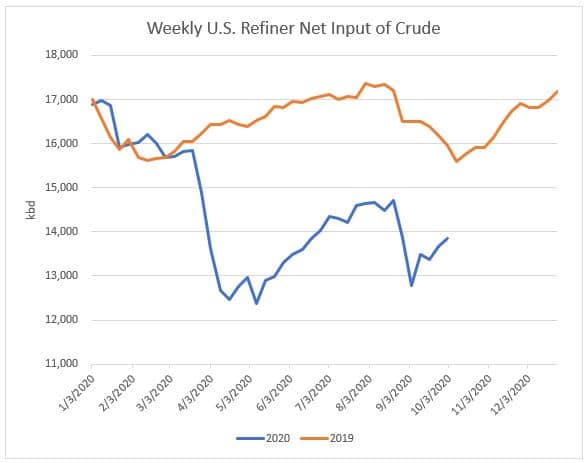 U.S. refiners have been playing a waiting game all summer; restraining throughput in an effort to clear product inventories, support refined product prices and ultimately lift refining margins. The broad based 3-2-1 crack spread based on WTI has risen $1.78 bbl, or 14%, over the past month. However, the 3-2-1 crack tends to overestimate gasoline yield per barrel. With RBOB refining margins far stronger than ULSD margins, this skews the 3-2-1 to look overly optimistic compared to actual realized margins. The ULSD refining margin based on WTI is up 4% month-on-month but is still down 69% from year-ago levels and is down 24% from early July. Despite the relative strength in gasoline prices, the 321 crack remains 47% below year-ago levels.

Based on EIA demand data, it appears refiners and OPEC+ crude producers are going to need to remain patient. U.S. total product supplied, the EIA’s demand proxy for refined products, has plateaued in recent months. On a 4-week moving average basis, U.S. total product supplied is currently 3.1 million bpd below year-ago levels. The closest the measure got to 2019 levels this summer was in mid-July, narrowing to a 2.7 million bpd year-on-year deficit. The year-on-year demand shortfall based on the 4-week moving average has held consistently between 3.0 and 3.5 million bpd below year-ago levels since the beginning of August. After narrowing the year-on-year shortfall in the May-July period, seasonal product demand has plateaued. 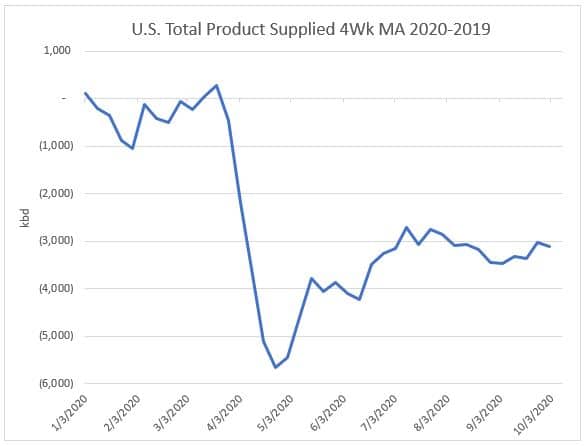 U.S. gasoline inventories were reported falling to 226.7 million bbl in the week ending October 2. Gasoline inventories have now slipped below the 5-year average and are 2.0 million bbl below year-ago levels. Distillate fuel oil stocks remain bloated amid the economic downturn and plummeting jet fuel demand, but the surplus to year-ago levels has narrowed to 44.5 million bbl as of the week ending October 2.

The reason the narrowing year-on-year inventory surplus (or even inventory deficit, in gasoline’s case) isn’t causing an inspired rally in product prices and therefore refining margins is because of the poor state of demand. At just below 13.9 million bpd, refinery runs are currently 1.8 million bpd below year-ago levels. And yet, combined gasoline and distillate fuel oil stocks only fell 2.0 million bbl last week. In terms of days of demand cover, product inventories remain ample. This keeps a lid on product prices despite the narrowing inventory overhang because refiners know if they boost output faster than demand recovers, they will stall their hoped refined product price recovery.

An extremely active hurricane season has thrown the oil market a lifeline by significantly curtailing offshore U.S. production in recent months. Strikes by Norwegian crude producers and Hurricane Delta have helped push crude prices higher this week. But hurricane season will soon draw to a close, and the strikes will inevitably end. As such, unless refined product demand unexpectedly begins to turn higher and trend toward pre-COVID-19 levels moving into the winter, WTI will struggle to break above $44.00 bbl. In our view, the largest bullish risk to this outlook is U.S. production falling more quickly than the EIA and market anticipates, while the largest bearish risk remains a winter wave of COVID-19 and a further downturn in travel and economic activity.