Dust that originated in the Saharan Desert has been traveling across the Atlantic Ocean for the past few weeks. Not only does this contribute to some very colorful sunsets, but it also leads to poor air quality.

On June 15, a plume of dust, shown in red, was observed by satellite over northwestern Africa. Over the following days, this dust continued to move westward across the Atlantic. Hazy skies were very apparent along the Texas coast during this time.

This motion has continued in July. Over the weekend, the image below was captured of Saharan dust over the Gulf of Mexico as it once again headed towards Texas. While not unusual, the plume blowing over is more substantial than normal. 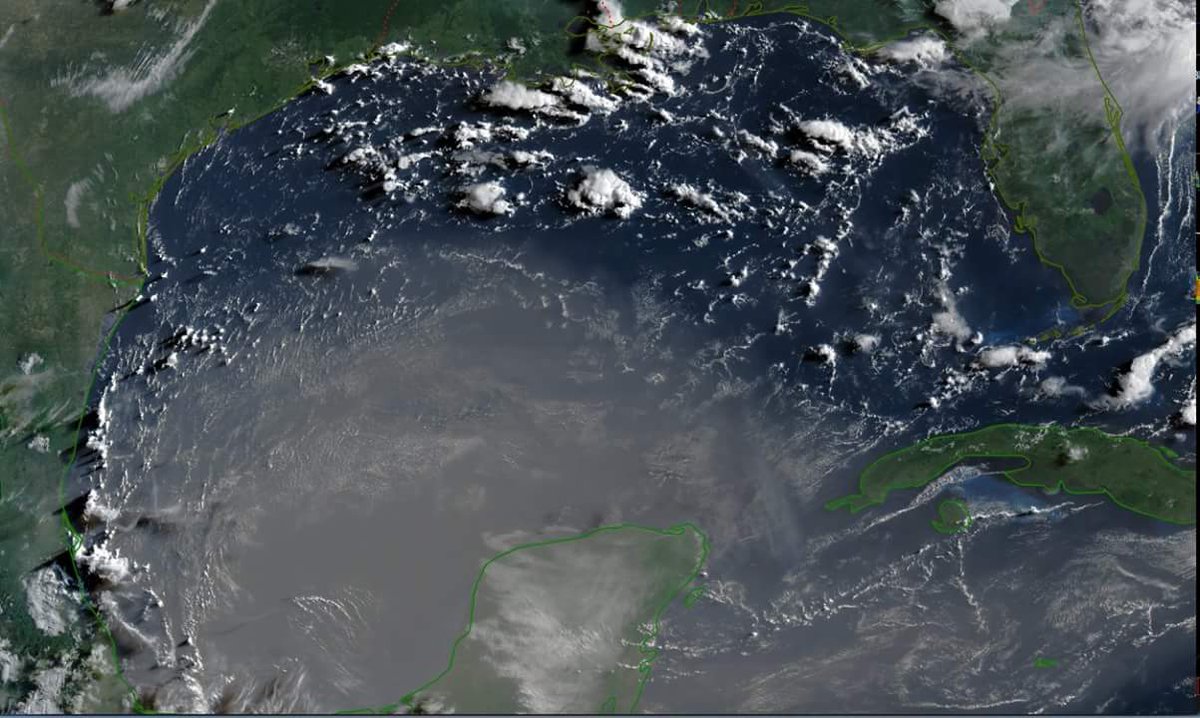 The dust is brought over with hot, dry air that can inhibit thunderstorm growth. Years with multiple dust events tend to have fewer hurricanes. Air quality is also affected, and those with breathing problems need to stay indoors or use masks if they need to be outside. Visible satellite shows the dust continuing to blow westward which will cause visibilities to lower and pollution amounts to rise over the coming week across the Texas coast up into the central part of the state.

Dust is obstructing the visibility in Dallas significantly today, July 16, as is apparent in this image of their skyline.

Do you see how hazy the Dallas Skyline looks? That is Saharan Dust from Africa. #dfwwx #NBCDFWWeather @nbcdfw pic.twitter.com/rYbbV2p8MX

Saharan dust events tend to occur through the start of August. So, check out the sunsets this week and keep an eye on those with breathing problems.