Over the central Mediterranean Sea, the strong south to southeast winds are known locally as Sirocco. These winds can significantly impact outdoor events, offshore operations, passenger ships, and local population centers. A Sirocco develops in response to low pressure moving east across the northern Mediterranean. The onset of this event typically occurs when a surface low and associated cold front move either offshore Tunisia or over the Tyrrhenian Sea. Strong to gale-force southerly winds develop ahead of the front and can persist for several days.

Sirocco winds in this mountainous region, including the Velebit Channel offshore of Croatia, can gust over hurricane force (119 km/h or 74 mph). Winds over the open waters of the Adriatic Sea typically reach 64-80 km/h (40-50 mph) during a significant Sirocco event.

Sirocco winds originate in hot, dry air over the Saharan desert. They pick up dust as they blow northward over North Africa. This dust is then carried offshore and over the southern Mediterranean Sea causing reductions in visibility. In many cases, these strong, persistent winds will move dust northward toward the Balkans and cover far south Italy and portions of Greece in a thick, dusty haze.

Meteorologists can locate areas of dust from satellite imagery. For example, the MODIS instrument aboard NASA’s Aqua satellite captured a concentrated dust plume carried by Sirocco winds moving offshore of Libya on March 22, 2018. 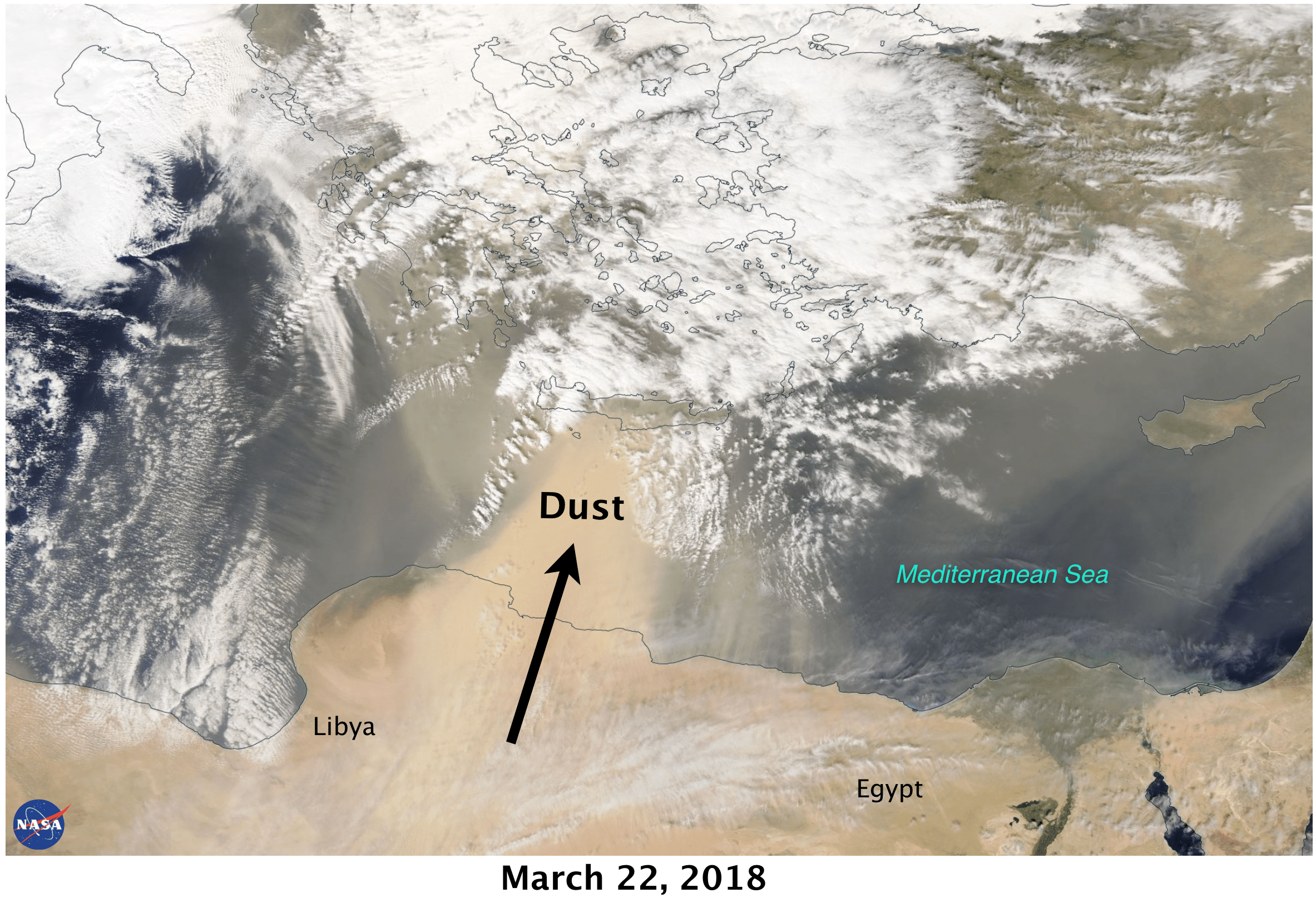 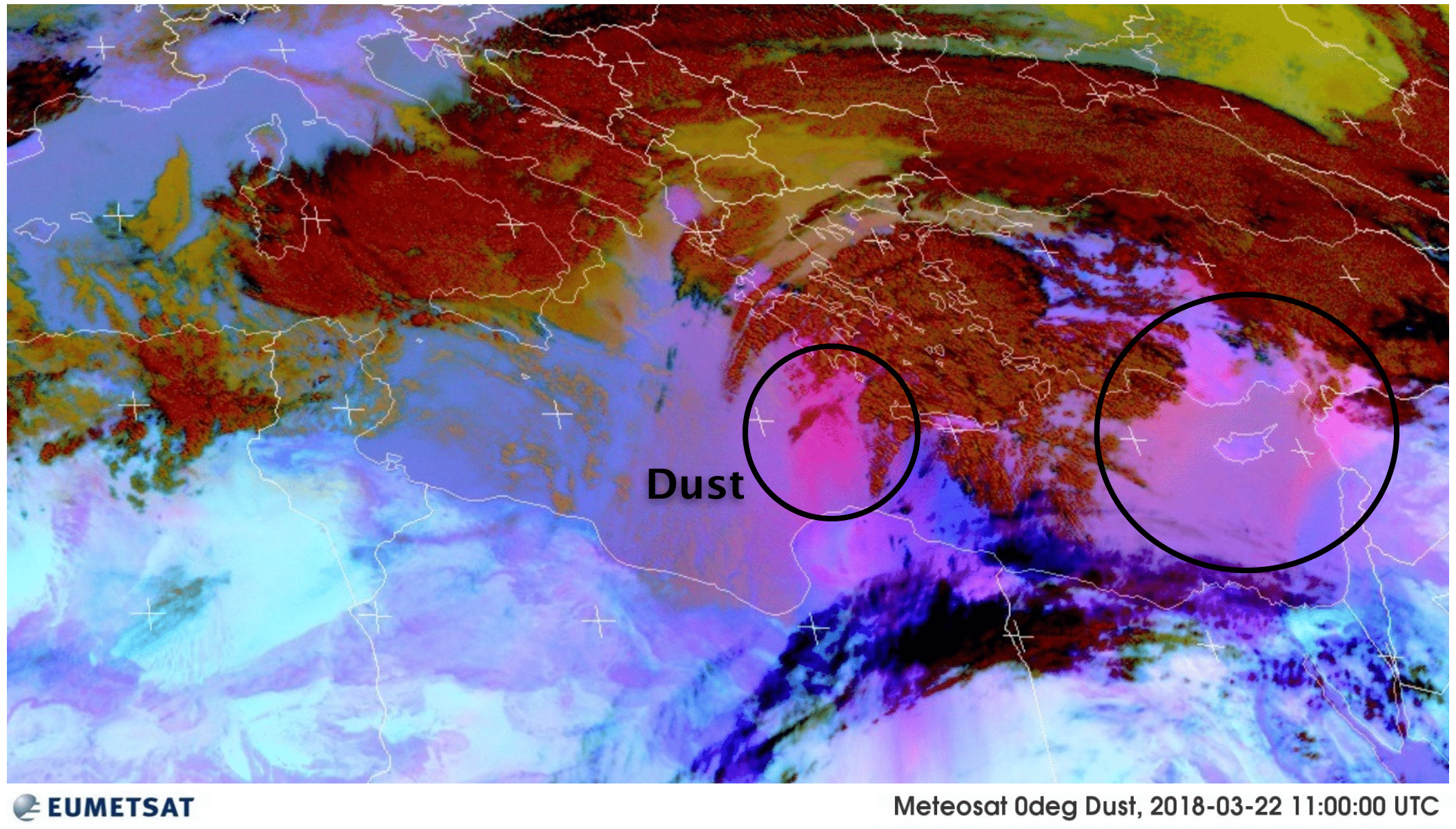 Areas of dust generated by Siroccos and other local winds can often be predicted days in advance. The Barcelona Dust Forecast Center specializes in sand and dust forecasts for Northern Africa, the Middle East, and Europe. Their latest forecast shows a significant dust event for Greece and Turkey through March 24, 2018. Thick dust and very low visibilities correlate to higher aerosol optical depths as shown by the brown colors in the below image.

In addition to causing dust concerns, Sirocco winds can also set the stage for strong thunderstorms. As Sirocco winds move northward across the Mediterranean and the Adriatic seas, they gain moisture. When surface lows slow or become stationary over the central Mediterranean, strong Sirocco winds pull warm, humid air northward across Italy and the Balkan Peninsula. The increased temperatures and humidity create an environment favorable for thunderstorms, especially during the spring. In the mountains, this air can rapidly rise as it’s forced over the higher terrain, enhancing thunderstorm potential. Sometimes this results in severe storms, heavy rainfall, and flooding.

Siroccos can also produce sea fog across portions of the Mediterranean region, especially over the northern Adriatic Sea and along the coast of Italy. Fog may persist for several days or more until the low passes and winds turn northwesterly.