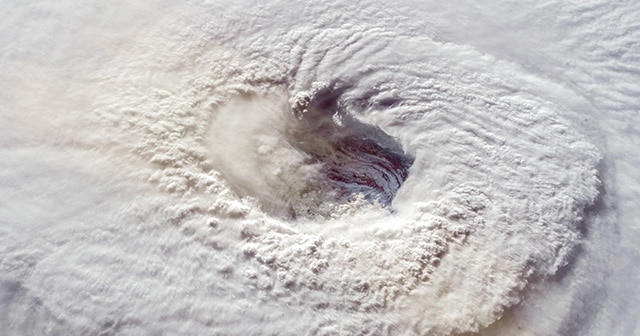 This article will discuss how you, especially those in the marine industry, can best be prepared for an extreme weather event such as a typhoon or a hurricane. But let’s first discuss what these weather phenomena are and how to use the different terminology.

A cyclone (Greek Kyklon, meaning moving in a circle, whirling around) is a general term used by meteorologists for a low-pressure system. These systems feed off the energy from warm seas in the tropics or subtropics. The rotation of the cyclone is counter-clockwise in the northern hemisphere and clockwise in the southern hemisphere.

Whether it’s a typhoon or a hurricane, metocean conditions affect all areas of offshore operations. Dependable, accurate weather forecasting tools are essential. To avoid downtime and schedule changes, you must accurately plan for weather-related events.

There is no difference between a hurricane and a typhoon; they are both giant tropical storms and describe the same weather phenomenon.

Hurricanes and typhoons are categorized on the Saffir-Simpson scale in the United States according to wind speed. If the wind speed is above 119 km/h (74 mph), it is a category 1 hurricane. Winds need to be stronger than 179 km/h (111 mph) to become a category 3, or higher, hurricane and are considered “major.”

According to the National Weather Service (NWS), category 4 or 5 storms will cause catastrophic damage. A category 5 hurricane can deliver wind speeds of over 253 km/h (157 mph).

It is important to note that the World Meteorological Organization uses different categorization criteria. It gives all typhoons with wind speeds ranging from 119 km/h (74 mph) through 192 km/h (119 mph) and above a Class 5 designation.

Smosstorm.org states that a “‘Super-typhoon’ is a term utilized by the U.S. Joint Typhoon Warning Center for typhoons that reach maximum sustained 1-minute surface winds of at least 65 m/s (130 kt, 150 mph). This is the equivalent of a strong Saffir-Simpson category 4 or category 5 hurricane in the Atlantic basin or a category 5 severe tropical cyclone in the Australian basin.”

The 2018 hurricane season, for example, saw 22 major hurricanes strike land around the Northern Hemisphere (Atlantic + Pacific) in less than three months. In 2017 Hurricane Harvey set records dropping 131.6 cms of rain on southeastern Texas. At that time, surface waters in the Gulf of Mexico were 2 degrees (Fahrenheit) warmer than three decades prior.

Powerful hurricanes and typhoons are a serious threat to our safety; Hurricane Katrina caused more than 1,800 lives to be lost. In 2018, Hurricane Maria caused 2,981 deaths, mostly in Puerto Rico. Hurricanes also cause tremendous economic damage.

Hurricane Katrina is the most expensive hurricane to date, having an approximate cost of $161 billion. In 2017, Hurricane Harvey, Hurricane Maria, and Hurricane Irma cost close to $300 billion combined.

In the United States, the ongoing development in coastal areas will be an additional factor that will inevitably lead to an increase in the economic cost of hurricanes. There are 50 million homes and more than a trillion dollars in assets within an eighth of a mile of the coast. The coastal population increased by close to 35 million people between 1970 and 2010.

Regarding offshore oil platforms in particular, according to The Atlantic, “In 2005, the one-two punch of Hurricanes Katrina and Rita destroyed 115 platforms and damaged 52 others. Offshore oil and gas production in the Gulf shut down for weeks. “The overall damage caused by Hurricanes Katrina and Rita has shown them to be the greatest natural disasters to oil and gas development in the history of the Gulf of Mexico,” a government official said some months later.”

Zooming in now on the Oil & Gas and Marine industries, how can you be best prepared to ensure that your operations run swimmingly even with the threat of a hurricane? Weather forecasting data is at the top of the list for essential information so that you can make correct, safe, and cost-efficient operational decisions. Obtaining up-to-the-second accurate weather data can save you millions of dollars in materials and labor hours.

Accurate, comprehensive, and highly detailed weather data, including tidal and wind speed information, is vital at every stage of business operations. This information includes site-specific long-term forecasts with weather trends as well as continuous monitoring.

At DTN, we understand that you need extensive detail to enact effective loss prevention plans. You can now obtain micro-forecasting well in advance of the storm.

In a nutshell, DTN helps you lower your financial losses during hurricane season through preparedness and leading-edge weather forecasting technology.