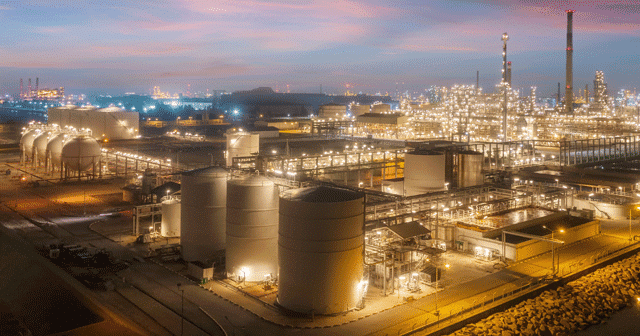 Supply and demand are the foundations of a free-market economy and are simple to understand. In an open market, demand is the amount of a product consumers want to purchase at a given price. On the other hand, supply is how much producers are willing to create and sell within that same price range.

When the theory of “peak oil” was first floated in the petroleum industry, the concept of “demand destruction” was simultaneously introduced to the downstream oil and gas business.

But what is demand destruction, exactly? How does it affect the gas industry?

You may understand your own region’s typical demand ebbs and flows, but what about specific local markets? Uniquely positioned, Refined Fuels Demand provides the wholesale fuel operational intelligence you need to make data-driven, confident choices to increase your margins.

What is demand destruction?

Demand destruction occurs when demand for a product or service falls significantly during a very brief time period and there is no evidence or reason to believe that demand will recover for the foreseeable future. Demand has been, in effect, destroyed.

For our purposes, we’ll look at the example of gasoline. If gasoline prices rose precipitously, continuously, they would eventually reach a point where the market would react.

In all likelihood, if gas prices continued to stay at these exorbitant rates, eventually, the cost-to-benefit ratio would cause consumers to make longer-lasting changes. They would either trade in their current vehicle for a more fuel-efficient option or change to using mass transit as their preferred means of local travel. Or both.

However, in this example, that would not be true. The consumers who purchased new cars or adapted to public mass transit would no longer need to purchase the same amount of gasoline they had previously.

Their demand has been permanently destroyed.

To summarize: demand destruction is the permanent or prolonged loss of demand for a product or service due to a sudden and sustained increase in its price. This demand destruction can be caused by consumers switching to more desirable alternatives or simply because they cannot afford it anymore.

It is important to note that when we consider demand destruction, we are looking at it through two lenses: microeconomics (or the impact of a consumer or group of individuals) and macroeconomics (the impact on the economy as a whole).

How does demand destruction differ from other demand terms such as demand restraint or decreased demand?

A period of decreased demand is temporary. For example, during some months of the year, fewer drivers are on the road; those who are travel fewer miles. This reduces demand. Different than demand destruction, this reduction in demand is expected to recover.

What causes demand destruction in oil and gas?

Demand destruction in oil and gas can be due to many factors.

For example, the demand for gasoline in the United States fell significantly during the “Great Recession” of 2008-2009, when global oil demand decreased by over one million barrels per day.

More recently, there has been another example of reduced demand due to COVID-19.

Much has been written about the impacts of the COVID-19 pandemic on all segments of society. However, with the reduction in travel and the rise of telecommuting as a possibly permanent alternative to business commuting, all three of the leading oil forecasting agencies expressed concerns regarding demand destruction.

There have been other periods where demand destruction has been a concern, caused by anything from environmental concerns to economic downturns in oil-consuming countries.

Of course, the concept of demand destruction in oil is nothing new. Proponents of the peak oil theory have been predicting significant changes within the industry since experts introduced the notion in 1956.

What is the peak oil theory?

The peak oil theory is relatively self-explanatory. It predicts that there will be a moment when oil extraction reaches its peak, a rate higher than any other time, either before or after. It’s important to note that this does not necessarily mean that after this peak is reached, we will gradually run out of crude oil (although anything that is extracted from the Earth is—by definition—a finite resource).

Rather, it means that further extraction of any existing oil will not be worth the cost of doing so, thus production will irrevocably decline. The reason could be that the oil is in an impossibly difficult place to reach, or that there is no longer enough sustainable demand to make further oil production profitable. The concept of demand destruction is one factor that could theoretically lead to peak oil.

Analysts have predicted such peaks at various times, including 2007 and 2009, yet were proven wrong when oil production rose to a record high of over 94 million barrels in 2019. In fact, Matthew Simmons (a major proponent of peak oil theory) commented that determining the advent of peak oil would need to be viewed through a historical lens. In other words, the industry may not know it has happened until it has happened.

The peak oil theory is controversial and highly contested. Its critics note that it does not consider new oil reserves being discovered or that it is overly focused on individual countries.

It is not an overstatement to say that much of today’s modern lives are fueled by the use of oil. From the plastic materials we depend on every day to national defense to a daily work commute, demand for oil is staggering. Moreover, since the Industrial Revolution, oil and gas have been permanently linked to economic growth.

Demand destruction affects the price of petroleum and profoundly impact different countries’ economies that rely heavily on oil production. Thus, a permanent decrease in demand would have far-reaching implications felt by everyone, from small businesses to large corporations.

Despite the factors mentioned above, the increases in global population and production have increased demand for oil year after year.

Therefore, while demand may be lower during the pandemic, permanent demand destruction is unlikely to occur for some time. Forward-thinking oil companies are using this time to shore up their mitigation strategies in preparation for any imbalance in the supply and demand of oil and gas.

While global demand destruction may or may not move from the theoretical realm to the practical one, significant local fluctuations in demand can have immediate effects on your business. With the market changing with so frequently, both risk and opportunity can appear virtually out of nowhere. So, where can you find the insights you need to grow your margins?

DTN processes almost 85% of all refined fuel lifts in the US, giving it the most comprehensive and unprecedented view of the entire market. Refined Fuels Demand takes that data and applies it to your unique local market.

Using location-specific operating statistics and giving context to the raw data, DTN clients maximize profitable opportunities and make pricing decisions with certainty. Learn more about how to apply this powerful tool to your business.