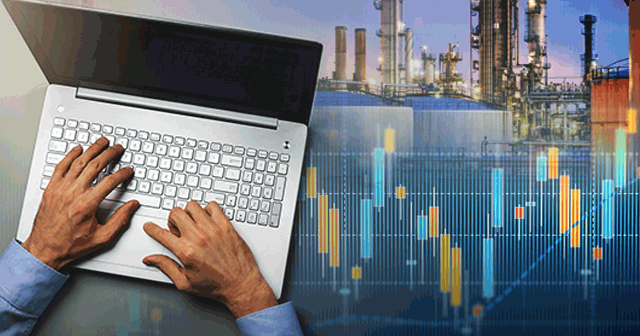 Despite the many advancements in technology in recent years, our society remains largely reliant on crude oil. From the transportation industry to heating to petrochemical feedstock, oil plays a prominent role in our daily lives. It’s no wonder, then, that crude oil is one of the most actively traded commodities.

As a buyer in the fuel market, you are probably following the news and are likely to be familiar with talk of oil “benchmarks;” Brent Crude or West Texas Intermediate (WTI) being two of the more common of these. However, to be a successful buyer in the fuel market, you also probably rely on services like DTN FastRacks to provide comprehensive, up-to-date pricing information.

This article will explain what oil benchmarks are and also look closely at the differences between the two major indices: Brent Crude and WTI.

What are oil benchmarks?

An oil “benchmark” refers to a grade of crude oil that traders, investors, and analysts use as a pricing reference for other oil grades. It is estimated that there are over 150 different types of crude oil produced in the world. Of these various grades, two major benchmarks come to the fore in determining market pricing and trends.

Rather than the output of a single field as a source of pricing data, these benchmarks are a grade of oil from a similar area, sharing most characteristics. Crude oil is categorized based on density and sulfur content.

Some of the oil grades on the market include:

But when looking at true benchmarks in the international oil market, two of these grades have established themselves as accurate measures of the market. Brent Crude and WTI are the prominent grades, with one leading more so than the other.

Brent Crude oil refers to oil produced in the North Sea. Despite its name, it refers to a blend from the Brent, Oseberg, Forties, and Ekofisk oil fields between Norway and the United Kingdom. It is a light, sweet crude, making it easier to refine than denser grades.

Brent Crude is the benchmark for nearly two-thirds of the world’s international oil markets in Africa, Europe, and the Middle East. It is traded on the International Exchange (ICE).

Because of its location, Brent Crude prices tend to be influenced by political tensions in the Middle East. OPEC+ (Organization of Petroleum Exporting Countries) also uses Brent Crude as a benchmark for oil prices.

West Texas Intermediate is a light, sweet crude oil produced in the United States; the majority of which comes from Texas, New Mexico, North Dakota, and Montana.

WTI has a delivery and price settlement point in Cushing, Oklahoma. While it has similar chemical properties to Brent Crude, WTI is slightly lighter and sweeter. These qualities produce a higher-quality crude oil that is easier to refine for use in petroleum products.

WTI is a key benchmark for US markets and trades on the NYMEX (New York Mercantile Exchange.) Since the “Shale Revolution,” US production of oil has been on the rise. As a result, while it had historically been more expensive than Brent Crude, since 2011, prices for WTI have started to decrease compared to Brent Crude.

The difference in price between Brent Crude and WTI is called “the spread.” While the prices of both benchmarks generally move in the same direction, the spread can increase or decrease depending on a number of factors:

As the world moves on from the COVID-19 pandemic, various factors will be at play in determining how gasoline demand and fuel prices react to changing world conditions.

When you’re in the business of buying fuel, understanding the different fuel markets is key. Smart purchasing decisions require more than that, though, regardless of your position along the crude oil supply chain.

You may be an investor working with a futures contract and have no intention of taking physical ownership of the fuel. You may be a wholesale fuel distributor responsible for purchasing the physical crude oil for sale. Regardless of your role, your success depends largely on both the quality and quantity of data and analysis available to you.

DTN FastRacks offers fuel buyers customizable data so you can gain the competitive edge you need to succeed. You can benefit from real-time price alerts, market reports, and position analysis to stay up-to-date and informed in a market that can change by the minute. Request a demo today to see how you can use the DTN platform to power your fuel purchasing decisions.