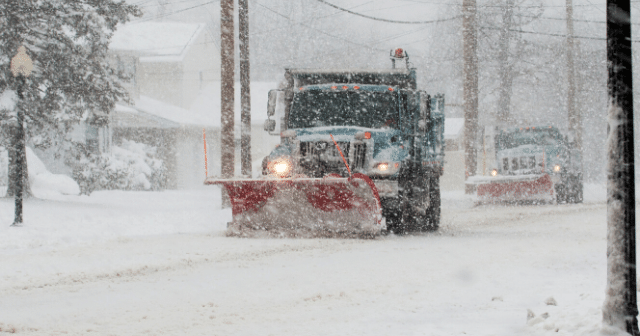 Our most recent Winter Weather Outlook is showing that winter weather this year appears to be less cold and wet than last year. That’s good news for businesses, particularly those in transportation, agriculture and other outdoor-related industries.

As a quick refresher, last year we saw record cold and precipitation, leading to record spring flooding in many areas of the United States that destroyed roads and bridges and delayed planting and wreaked havoc on many other industries. But this year, we’re predicting precipitation could be lower than average for many parts of the country with a warmer winter early and the polar vortex arriving to create cold outbreaks, especially January through March in the central and east.

We frequently get asked how we can forecast weather for the entire season. To do so, we start by looking at the larger scale picture and specifically the Pacific Ocean, where the El Niño/Southern Oscillation (ENSO) signifies interaction between the atmosphere and ocean in the tropical Pacific that can alter North American weather.

We then look a sub-seasonal outlook which looks at weekly and daily time scales and events that determine the north/south Jetstream flow, which can produce highly anomalous temperature and precipitation patterns.

Finally, we use a variety of various models, proprietary satellite data and historical information to construct the seasonal and long-range weather outlooks. Decades of global weather data collection can be used to compare recent conditions. Analog data selects a range of years to see how well this data matches current weather conditions.

The next two weeks should feature highly anomalous cold with opportunities for snow.  However, this is likely to transition into a warmer pattern later this month.

Bringing all this research together, we anticipate winter to arrive warmer than average from now into December and with precipitation totals lower than average for many parts of the United States.

With more warm than cold days expected, it means extended time for harvest and more favorable conditions for energy producers and transportation companies. However, those warm days will disappear with polar vortex disruptions leading to cold outbreaks especially January through March for the central and eastern United States.

The West, Northern Plains and Great Lakes may see reduced snowfall. While many parts of the United States may remain drier, there is potential for heavy snows this winter on the East Coast and Central United States, a worry for utilities and businesses that were affected adversely this past year.

We are looking for potential colder temperatures in the north central United States late in the season. The southern part of the country will be drier than normal with a heightened winter weather risk on the heels of recent drought conditions. The winter forecast is for warmer weather in the West and above normal temperatures and normal rain and snow totals in the northwestern part of the country.

For more detailed information on the DTN Winter Outlook check out this video. 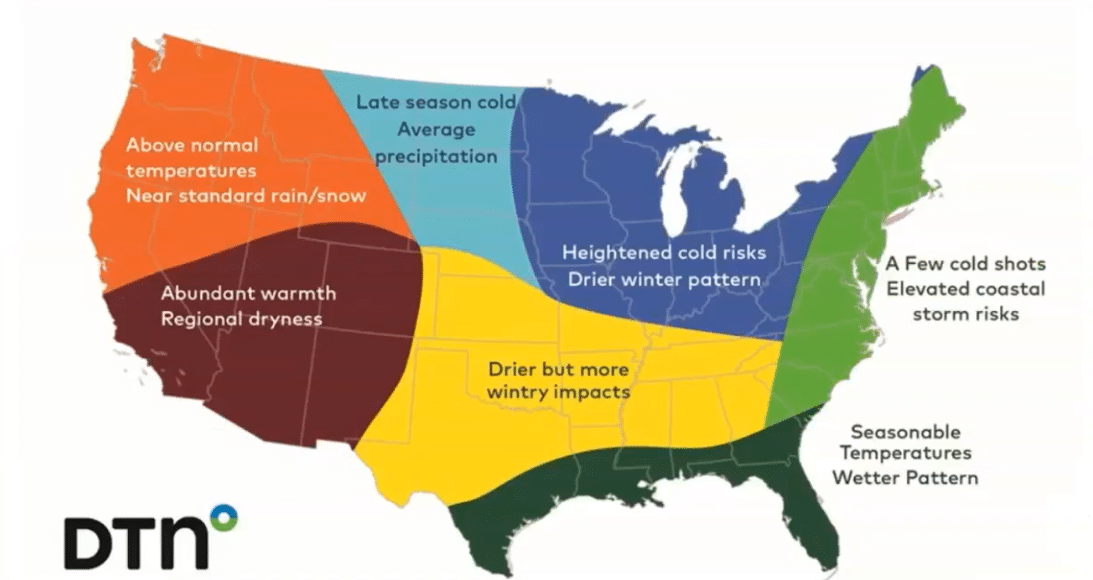