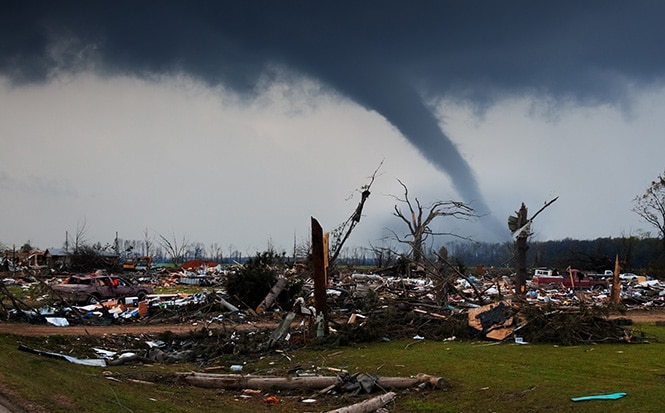 Severe weather is inevitable, and research shows it is occurring more frequently than in the past. While extreme weather is nothing new, its impact on individuals, businesses and government agencies are real – especially with an uptick in the occurrence of extreme rain and flooding. Furthermore, these patterns have led to increased weather-related losses over the last 20 years. For businesses influenced by extreme weather, the best way to offset the risk of severe weather is to have a formulated plan.

The Rise in Unpredictable Weather

Research suggests that the recent unpredictability is in part caused by enhanced warming in the Artic region. With this warming, the jet stream is weakened and the normal flow of air circulation is interrupted, resulting in abnormalities in the atmosphere. The change in jet stream patterns results in heavy rains and flooding, droughts, extreme hot or cold temperatures, and violent events such as hurricanes or tornadoes.

Increased amounts of unpredictable weather are also likely due to expanded growth and exposure of society. More infrastructure developments and urbanization raises land temperatures and increases the ability to absorb and retain heat – leading to a change in the natural climate.

The frequency in severe weather has had a significant impact on transportation, agriculture, energy and many more areas of society. In the past decade, there has been a notable increase in the number of higher-cost disasters in the United States due to more active weather and increased property values. For example, starting in 2008 there have been more occurrences of billion-dollar events, primarily from severe thunderstorms.

Volatile weather typically has a greater effect on urban areas with its density of infrastructure. Over one million acres have become urban since the 1960s and 80% of the population in the United States is living in these areas. Since 1960, 31% of hurricanes and tropical storms account for more than one-fourth of the monetary and human losses because of weather-related events.

Because of the significant rise in both life and property losses and the increase seen in severe weather instances, weather planning should be at the forefront. Reducing exposure and vulnerability to extreme weather cases will mitigate the risk, but will also require a change in human behavior and more attention to things that influence the change in weather patterns. Reducing exposure to extreme weather cases will ultimately reduce costs in properties lost and/or damaged.

As infrastructure expands, disaster and risk planning are critical to help prepare for increased hazards and the associated costs. Some weather conditions will always be more difficult to predict, but by using existing tools and research to determine the probability of weather events and the consequences associated with them, weather-related losses will be reduced dramatically and will ultimately save the United States billions of dollars in recovery efforts.