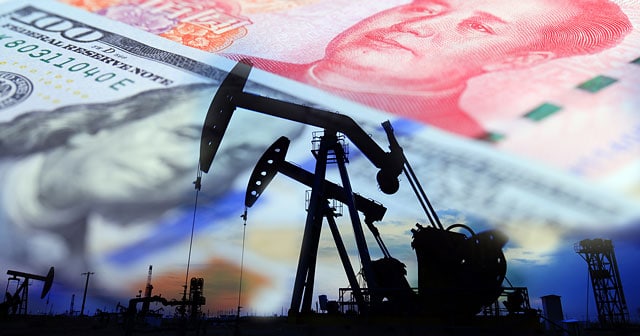 -The range of expectations for September U.S. crude exports to China lies between 835,000 bpd and 1.2 million bpd.

-Even the high-end estimate is still only roughly 1/3 of the volume needed to put China on track to meet the terms of the deal this year.

– While new storage capacity additions will continue to allow for continued builds to storage in the coming months, a massive shift of inventories from producers in the West and Middle East to storage in China should not be ignored.

Even with a record-strong average pace of crude imports this year, China has fallen far behind in its Phase 1 U.S. trade deal commitment for American Energy purchases. With the cancelation (or postponement depending on who’s talking) of last weekend’s trade deal review meeting between the two nations, the failure of the trade deal that we have outlined throughout the year was brought to the forefront once more. It is therefore understandable that financial media jumped on reports this week of China boosting purchases of U.S. crude in August and September. While an expectation of sustained export strength is certainly a welcomed development for U.S. oil producers and those hoping for continued crude stock draws to support the price of WTI, this round of crude purchases still leaves China well short of meeting the terms of the Phase 1 deal.

Messaging from the Trump administration on U.S-China trade deal developments has been increasingly bipolar in recent days. While just last week President Trump stated that the trade deal was “doing very well,” following the cancelation of last weekend’s trade deal review, this week the President stated that, “I canceled talks with China, I don’t want to talk to China right now.” This is a continuation of the gamesmanship that has been played for years now, but the manic swings from positivity to negativity likely reflect what we projected in June – the ratcheting up of tensions as election season approaches and as the Trump administration confronts China not living up to the terms of the deal.

The most recent U.S. Census Bureau trade data show Chinese purchases of U.S. energy commodities slumping in June from their multi-year highs back in May. At $821.5 million dollars, Chinese purchases of U.S. energy commodities fell $305.8 million from May’s pace of just over $1.1 billion. Crude purchases fell from $938.2 million in May to $662.9 million in June. This decline was met with a complete absence of coal and butane exports to China during the month of June, which had totaled a combined $17.2 million in May. Stronger exports of propane, calcined and non-calcined petcoke, and methanol were offset by weakness elsewhere.

Despite the record-strong U.S. crude exports to China in May and total U.S. energy exports showing relative year-on-year strength to close out the first half of 2020, China is nowhere even close to meeting the U.S. energy purchase obligation of the Phase 1 trade deal. During the first six months of the year, the U.S. sent a total of $2.5 billion of energy commodities to China. This is a mere 9% of the $28 billion of purchases China is on the hook for this year. To put this in context, even if China were to sustain purchases of U.S. energy commodities at their previous monthly record of $1.2 billion pace for the rest of the year, China would have only met less than 35% of their 2020 quota (just over $9.7 billion).

In order to satisfy the energy portion of the Phase 1 trade deal, China would have to average U.S. energy purchases of $4.3 billion per month throughout the entire second half of the year: nearly four times the previous single month record. Optimistically assuming purchases of other U.S. energy commodities remain at their elevated pace from May, and an average price of crude of $40 bbl, crude exports to China would have to average nearly 3.4 million bpd for the second half of the year in order for China to meet their trade deal target. At this point, it should be clear that it is next to impossible for China to meet the 2020 U.S. energy purchase obligation of the Phase 1 deal.

Argus reports that six very large crude carriers (VLCCs) are expected to load 12.2 million bbl of U.S. crude bound for China this month. This is just 400,000 bpd and down slightly from the 445,000 bpd pace reported by Argus for July. Speculation over September’s exports to China abounds, as various estimates based on provisional tanker fixtures range from 12 VLCC’s loading 24 million barrels to 19 tankers loading 37 million bbls. The range of expectations for September U.S. crude exports to China lies between 835,000 bpd and 1.2 million bpd. Even the high-end estimate is still only roughly 1/3 of the volume needed to put China on track to meet the terms of the deal this year.

Official data from China’s General Administration of Customs showed Chinese crude oil imports down from June’s record-strong 12.94 million bpd pace in July, but at 12.08 million bpd imports for the month were still up 25% year-on-year. Chinese refinery runs were just below their 14.08 million bpd pace in June at 14.03 million bpd in July. According to official data, Chinese refined product exports fell to their lowest since January 2017 in July. While admittedly domestic diesel demand should be rising due to Beijing spending on infrastructure development, the reality of record-strong crude imports and near record-strong refinery runs despite depressed regional and global product demand is catching up with Chinese refiners.

Given the lack of official data transparency into Chinese oil storage volumes, the market narrative amid extreme strength in Chinese crude imports is often reported as a bullish development. And while China has certainly been the key marginal buyer of crude helping clear the physical market amid the recent downturn in prices, the sort of strength seen recently in Chinese crude imports is unsustainable and must be put in context of storage builds which limit the need for future imports. Ursa Space Systems data show China’s crude inventories at 970.4 million bbl in the week ending August 13. Stocks have risen 20.0 million bbl over the eight-week period ending August 13 and are up 50.5 million bbl since the beginning of April.

China’s ravenous appetite for crude has undoubtedly been the sole bright spot for global crude demand in 2020. We projected that China would take advantage of discounted crude in early April and remain the most resilient importer and source of demand globally this year, and data for July continues to confirm this outlook. But going forward through the remainder of the year it will be increasingly important to discern between Chinese imports and Chinese demand.

What looks like a surge in underlying fuel demand amid record-strong crude purchases and refinery runs is also leading to brimming crude and products stocks both onshore and offshore China. While new storage capacity additions will continue to allow for continued builds to storage in the coming months, a massive shift of inventories from oil producers in the West and Middle East to storage in China should not be ignored. At the same time, Chinese purchases of U.S. crude should not be overhyped or misconstrued as legitimately putting China on track to meet the terms of the trade deal. China is taking advantage of weakness in VLCC shipping rates along with WTI Houston moving to its largest discount to Brent since May in early August and will not raise purchases of U.S. crude to a level that would allow for the terms of the deal to be met.