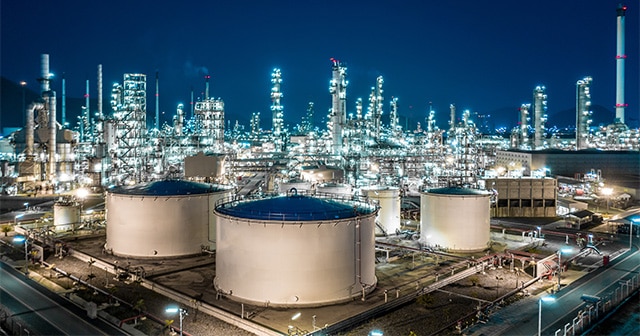 LOUISVILLE, Ky. (DTN) — Since the 2014 oil bust, China has established itself as an opportunistic buyer and importer of crude amid dips in global prices. With the world currently awash in crude oil resulting in a highly profitable storage trade, and with satellite imagery data revealing ample available storage capacity in China, we expect the east Asian nation to continue to take advantage of discounted cargoes and to serve as one of the most resilient importers and sources of demand in the world amid this recent downturn.

Given a growing economy and rapid expansion of both refining and storage capacity over the past decade, it is easy to see why China has led global oil import and demand growth higher in recent years. Chinese crude oil imports were up 9.5% year-on-year in 2019 according to official customs data, rising to average 10.12 million bpd. China added 900,000 bpd of new refining capacity by the end of the calendar year, helping lead imports 882,000 bpd higher year-on-year. But all this crude was not going into refinery runs, as much of the expanded refinery capacity did not come online until year’s end. Getting a bearing on the most opaque piece of the Chinese oil market, oil storage, is more important than ever given concerns about global storage capacity.

The last time China announced official data for their Strategic Petroleum Reserve was in December of 2017. The National Bureau of Statistics said volumes had climbed to 276.56 million bbl at the time. With an absence of timely official insight into both strategic and commercial Chinese inventories, satellite imagery data has become increasingly important for monitoring storage levels and available storage capacity in the east Asian nation. Ursa Space Systems makes an opaque but increasingly important piece of the global oil storage system far more transparent using their satellite imagery data.

Ursa data show that total Chinese crude stocks including both strategic and commercial reserves hit a record high of nearly 900 million bbl in the week ending March 26. According to Ursa, steady builds to crude stocks were seen throughout March as imports continued to outpace refinery runs, bringing volumes to their highest on record. While 900 million bbl is a staggeringly large figure, this still only accounts for 67% of capacity as measured by Ursa. Their data show a total capacity of just over 1.3 billion bbl, leaving 425 million bbl of available capacity as of the week ending March 26.

At a time when global supply is far outpacing demand at refineries and the forward curve has held in steep contango for an extended period, we should therefore expect continued resiliency in Chinese crude imports as both the government and refiners take advantage of cheap crude and forward curve economics.

While it is true that China appears to have turned the corner in the COVID-19 outbreak and the economy is working back toward normalcy, traffic levels have yet to truly normalize across the nation. According to TomTom traffic congestion data, Shanghai, Guangzhou, Beijing, Shenzen, Tinjin and Chongquing are within 10-15% of normal traffic levels at rush hour peaks. That said, traffic congestion in the epicenter of the outbreak in Wuhan is still showing almost a complete absence of traffic activity, while traffic levels in Dongguan and Hong Kong are also still 20-40% below year-ago levels.

Furthermore, even in cities that have seen rush hour traffic bounce back to near normal levels, there is a clear absence of traffic activity at midday and on the weekends. This points to citizens largely avoiding social activity, sticking to work commutes almost exclusively, and points to demand for refined fuels still holding well below their pre-pandemic levels.

Even as Chinese refined product demand is still suffering from the lingering impact of the coronavirus, this should not be misinterpreted as necessarily leading to a large decline in Chinese crude imports or even as an indication of a sharp cut in refinery runs. Refiners in China face government created incentive structures outside of normal profit margin economic considerations. Independent refiners in China, who have largely been responsible for the growth in refining capacity and crude demand in recent years, are under strict quota systems for crude imports.

State owned refiners, who have exclusive product export license, also operate under a product export quota system. Like a bureaucratic budget maximization model, refiners are under high pressure to maximize their crude import and product export quotas every year or risk having their quota allocations cut in the coming year. This creates an incentive to continue to import crude and export products when demand outlooks and refining margins may suggest otherwise.

Chinese regulators raised the first round of 2020 crude import quotas for non-state refiners 8% higher from year-ago levels to start the new year. At the same time, refined product export quota allocations for state owned refiners were raised 53% from year-ago levels in their first allocation for 2020. Given higher crude import and product export quotas for 2020 and given over 400 million bbl of available storage capacity, we should expect Chinese imports and refinery runs to prove as some of the most resilient in the world.

While even prior to the COVID-19 outbreak Chinese oil demand growth was expected to slow to 400,000 bpd in 2020, it is important to consider that Chinese crude oil demand is increasingly dependent on global rather than domestic demand for refined fuels. Official customs data show Chinese refined product exports jumping 20.2% in 2019 to average nearly 1.3 million bpd. As China moves to an ever-larger net exporter of product, global demand for refined products rather than domestic demand is of increasing importance for Chinese refiners.

Looking further out through the year, we should expect China to utilize their available storage capacity in the coming months and maximize their crude import quotas if crude prices remain low, while Chinese refiners work to maximize product export quotas. If global demand for refined products rebounds as nations lift quarantine efforts, so shall Chinese crude demand.