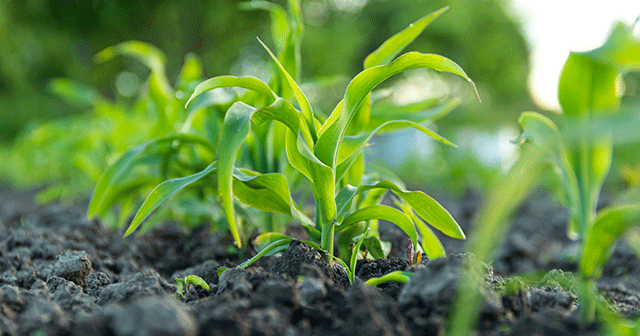 The 2022 planting season continues to throw curves at agribusinesses, farmers, and the commodity markets in general.

High on all of our minds is the protracted spring planting season, with corn and soybean seeding behind schedule heading into June. USDA Crop Progress reports showed planting was beginning to approach 5-year averages, with 72% of corn fields (versus 79% average) and 50% of soybeans acres (versus 55% average) sowed. The telling sign was the much greater tardiness in emergence. In late May, only 39% of corn had emerged (versus 51% average), and barely 20% of soybeans were up (versus 26% average).

Farmers pushed long into the night when conditions favored planting, and significant acres were put in during the waning weeks of May. That’s better than the alternative, but it also means a large part of the U.S. crop will mature at a similar time and stress already-tight supply lines of inputs, such as herbicides and fungicides. It also groups pollination and seed set, which could be bad if that occurs during a late-summer dry spell. DTN meteorologists continue to be concerned about dry weather in the central and western Corn Belt throughout the latter part of the growing season.

DTN meteorologists continue to be concerned about dry weather in the central and western Corn Belt throughout the latter part of the growing season.

In the rainy Northern Plains and Upper Midwest, farmers have been contemplating cashing in prevented planting crop insurance for some weeks, while at the time of this writing, the Biden administration is looking for ways to adjust insurance regulations to encourage planting beyond normal prevent plant dates.

There’s good reason for rewriting those rules. In May’s USDA crop estimates, new-crop corn ending world stocks were set at 305.1 million metric tons (mmt) or 12 billion bushels, down 4.3 mmt from 2021-22. With continued uncertainty of Black Sea crops due to the war and ongoing weather issues for South America, the world needs every kernel and seed U.S. agriculture can produce.

The market will anxiously watch World Agricultural Supply and Demand (WASDE) reports, which DTN covers in real time each month. DTN ag platform subscribers and dtnpf.com readers will see those stories appear just after 11 a.m. CDT on July 12 and Aug. 12. We will also have a complete analysis of the next USDA Acreage report on June 30, also at 11 a.m. CDT.

As with any numbers, they only tell part of the tale, however, as farmers and their suppliers scrambled to get seed, pesticides, and other inputs into fields in mad-dash sprints between rains or as soon as possible after a critical shower in many dry areas of the western and southwestern United States.

The delayed planting start also sets the stage for less-than-trendline yields. Protecting the yield potential that exists will be the major chore through the summer weed, insect, and disease control seasons.

That will continue to strain supply chains and the ability of ag retailers to deliver timely crop care products. Farmers also are beginning to ask questions about supplies for the 2023 season. These tight supplies, and the expanding demand as various countries come out from under the latest COVID-19 weight, will continue to increase prices and drive frustrations, especially for consumers.

Nowhere are supply concerns greater than in the wheat markets. DTN Crops Editor Matthew Wilde’s reporting from the Hard Winter Wheat tour of Kansas, May 17-19, put the expected yield average of 39.7 bushels per acre (bpa), well off the 52 bpa harvested in 2021. By early June, only 29% of wheat acres were in the good-to-excellent level rating, the lowest condition since 1989, according to USDA.

Our latest Farmer Agriculture Confidence Index backs up the anecdotal concerns our reporters are finding as spring rolled into summer. Our Index for pre-planting 2022 was a slightly optimistic 105.8, up a bit from the 98.5 in December. But it was down a significant 17 points from Spring 2021. Index numbers above the baseline score of 100 indicate optimism — the higher the number, the higher that optimism.

More than a third of the 500 farmers surveyed said they expect net farm incomes to be worse in the coming 12 months, while 21% expected better income and 45% expected incomes to be similar by 2023.

Input costs continue to be a concern: more than 60% said prices paid for crop and livestock inputs were worse than normal. When asked about major concerns for the upcoming season, high input costs were the number one item on their list.

Agribusinesses are also feeling significantly less optimistic than in past surveys.

Our Agribusiness Confidence Index for this spring is 94.5 — essentially flat from 97.8 in December 2021 — but continues the down trend from 122.9 in spring 2021. Agribusiness owners are even more pessimistic about the future; scores on questions that asked about the future also showed a significant drop from Spring 2022.

Explore the full report on our surveys, conducted at pre-planting, pre-harvest, and year’s end.

We’ll continue to monitor input prices and production issues as we work through the summer crop care season. And, of course, our eyes will continue to follow world market factors, such as South American production and exports and how things shape up in the war-stymied Black Sea region.

Get more insights and analysis for the growing season with our 2022 Ag Growing Season Guide — an essential resource for today’s agribusiness professionals. 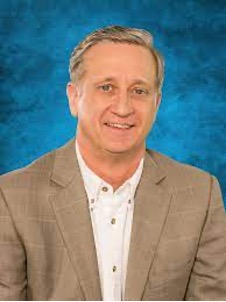 About the author
Greg Horstmeier joined DTN in August 2007 as production editor; he became editor-in-chief in July 2010 and today oversees the staff who produce news, weather and markets content for DTN digital and Progressive Farmer print platforms.

Previously, Horstmeier served six years as director of the extension and agriculture information news office at the University of Missouri. Before that, he was the chemicals and technology editor for Farm Journal and crops editor of The Pennsylvania Farmer.

Throughout his career, Horstmeier has won numerous awards from organizations like the American Agricultural Editors Association, the National Association of Agricultural Journalists, and the Mid-American Crop Protection Association. He co-wrote one of the first international studies on farmer attitudes on biotechnology and other 21st-century production practices.

Horstmeier graduated from the University of Missouri-Columbia with an agriculture journalism degree with an emphasis in agriculture economics and photojournalism.