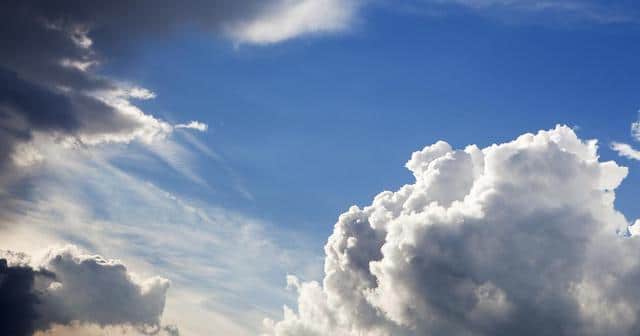 With spring in full flow and summer on the horizon, no doubt many are looking forward to glorious afternoons in the sun, likely with a beverage in hand, tasty food on the grill and yard games galore. What could possibly ruin these relaxing afternoon plans but the weather? A quick peek at the forecast does not provide many definitive answers. The afternoon forecast calls for a 30% chance of thunderstorms. Tomorrow’s forecast? A 30% chance of thunderstorms. In fact, during the summer, there is usually a daily chance of thunderstorms, despite your house only seeing rain a few times a month. While it may seem like meteorologists take the summer off and use a persistence forecast of a chance of storms daily, there is a more science-based answer as to why summer forecasting is left more to chance.

Driven by the jet stream

Weather patterns in general are driven by the jet stream, a narrow area of very strong winds in the upper atmosphere. Jet streams are responsible for transporting areas of high and low pressure while also separating air masses. A stronger jet stream, defined by faster winds and a tighter temperature gradient, often leads to more active weather for locations near the jet stream.

In the winter months, the jet stream is usually very strong as there is a large temperature gradient between the frigid air of the arctic and the hot air of equatorial regions. The jet stream resides where these air masses clash, typically bisecting the United States. Strong areas of low pressure track along the jet stream, resulting in large winter storms that wreak havoc across entire regions of the country. While these storms are large and often very impactful, the main forecast challenge is usually determining where the center of the low pressure will track, consequently determining which locations will be on the fringe of the precipitation shield and have more uncertainty in their precipitation chances. However, there is little question as to whether locations within hundreds of miles of the low pressure’s center will see impacts as precipitation is nearly always expected in these areas.

As the northern hemisphere warms in the summer months, the temperature gradient driving the jet stream is noticeably weaker. The jet stream now separates hot equatorial air from warm arctic air, instead of the frigid air common in winter. This weaker temperature gradient results in a weaker jet stream while also shifting its position northward, frequently into Canada. With the jet stream farther north, areas of low pressure will now track through Canada, leaving the United States in need of another precipitation trigger. Fortunately, warmer summer weather can create its own weather, in a sense.

Keen-eyed observers may notice that most summer mornings feature clear blue skies before puffy cumulus clouds develop during the afternoon. These cumulus clouds result from the strong summer sun heating the ground, causing air to become less dense and rise. This rising air then condenses and forms a “fair-weather” cloud. If the atmosphere is allowing, these fair-weather clouds can build into more formidable clouds, eventually producing a thunderstorm. Because these storms are not associated with a large area of low pressure, however, they are much more isolated in nature.

From a forecasting perspective, meteorologists are often confident that a day will or will not feature these isolated “popcorn” thunderstorms. Pinpointing where these storms develop, however, is a much more difficult task without the aid of a low pressure system overhead.

Given that the development of summertime storms is often tied to minor differences in temperature or wind, often too minor to confidently locate, meteorologists are usually only able to determine the exact location of these storms once the clouds begin building.

The odds are still good

To account for this uncertainty in the location of storm development, weather forecasts in the summer frequently mention a chance of scattered or isolated storms. This forecast should be interpreted by the public as one in which development of storms is expected, but whether the storm develops over your house or hits the neighboring town is uncertain.

While it certainly is not ideal to plan a summer cookout with a 30% chance of thunderstorms in the forecast, most would likely take those odds over a 100% chance of a snowstorm.