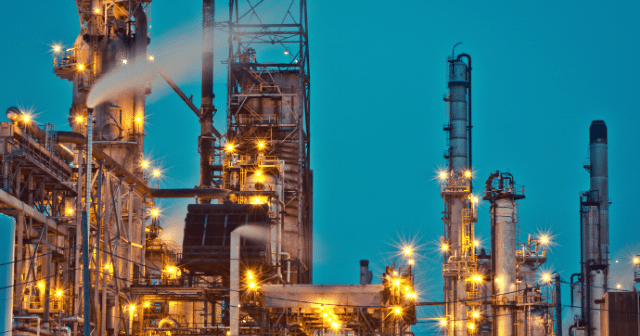 World crude oil benchmarks weren’t even close to reaching $100 a barrel in 2019, but the year was extraordinary for the oil industry, with developments the past 11 months heralding new and enduring realities highlighted by shifting power bases economically, geopolitically and in oil production.

Our Top 5 List could easily expand to 10 if we add record U.S. exports in LNG, propane and crude oil, or the United States as the world’s top oil producer. We might also include rising oil futures and options trading in Asia, reaching a record high daily average trade volume of 1.2 million in the third quarter on CME platforms, and how this growth in trading will influence U.S. markets.

The compilation is meant to focus minds on a handful of 2019 events that have challenged long-held convictions for the oil market, mainly to the detriment of OPEC. Oil markets have evolved over the past several years, yet 2019 included some unexpected surprises and shed the veil on a changing world order.

OPEC in its annual World Oil Outlook released in November acknowledged the ascent of non-OPEC oil producers, namely growth in U.S. tight oil production that grabs an increasing share of the global oil market through the mid-2020s. OPEC projects its crude production will decline by 2.2 million bpd by 2024, partly driven by the cartel’s efforts in balancing the global oil market through output cuts.

Supply security was put to the test in September when Saudi Arabia’s largest oil processing facility was attacked, knocking half of the Kingdom’s oil production offline, yet oil futures erased the price spike in reaction to the attack in two weeks’ time. Aramco, the $1.6 trillion Saudi state-owned oil company that recently launched an initial public offering (IPO), pulled out all the stops to ensure it honored all supply contracts after the attack. The Saudis drew down reserves in the Kingdom and inventory held overseas, slowed domestic refinery runs, and bought on the spot market to meet contract obligations. Still, the reliable supplier moniker was damaged by the attack, and there has been no retaliation by the Saudis, with the United States laying blame for the precision missile attack on Iran.

3. Philadelphia refining complex burns and is shut down

Within the United States, the dramatic fire and explosions in June leading to the permanent shutdown of Philadelphia Energy Solutions (PES) refining complex in Philadelphia, the largest refinery along the East Coast, is altering regional arbitrage relationships. The closure of the 335,000 bpd Philadelphia Refining Complex was the catalyst in allowing Buckeye Pipeline to run partial bidirectional flow on the Laurel Pipeline, which historically has run from Philadelphia to west of Pittsburgh. The lost processing capacity has reduced supply availability in western Pennsylvania, providing an opportunity for refiners in the product long Chicago market to ship barrels east.

The supply short East Coast market could experience price spikes in heating oil this winter should a protracted cold spell engulf states in New England and the Mid-Atlantic, where many homeowners and small businesses depend on no. 2 oil for their space heating requirements. Transatlantic supply volume can’t be ensured, with European refiners shutting units due to poor margins.

The roughly 100,000 bpd loss in distillate fuel output from the now closed PES refinery also comes ahead of the global implementation of new fuel requirements for bunker fuel on January 1, 2020 that lowers the sulfur content from 3.5 percent to 0.5 percent. The new fuel specification (IMO 2020), mandated under the International Maritime Organization, part of the United Nations, affects more than 5 million bpd of global oil consumption and puts marine oil in competition with on-road diesel fuel.

The oil industry and, specifically refiners, around the globe have known of the specification change for years and appear prepared to allow for a smooth transition. The International Energy Agency said as much in November, noting “large volumes of compliant fuel” are available at the major bunker hubs of Fujairah, Rotterdam and Singapore. One of the world’s two Ultra Large Crude Carriers (ULCC) is being used as floating storage in Singapore, with a ULCC capable of holding 4.1 million barrels of oil. Markets agree, with the ultra-low sulfur diesel (ULSD) crack spread at a little more than $22 bbl in late November, a 10-week low, and $10 bbl below year ago.

5. The U.S. trade war with China hangs over the market

Throughout the year, an intensifying trade war between the United States and China hung over the market, clouding the global economic outlook and with it, global demand expectations for oil. The trade war between the world’s two largest economies, and several other tariff skirmishes, slowed global trade flows and reduced oil consumption.

An 11th hour deal to avoid another round of tariffs on Chinese exports to the United States set to take effect on December 15 is expected by some analysts, and officials, including U.S. Treasury Secretary Steven Mnuchin expressed optimism for an agreement.

In October, U.S. President Donald Trump said a “phase one” trade agreement would be reached by year’s end that includes large purchases of agricultural products by China and addresses intellectual property concerns. These are high priorities for the United States, with Washington demanding Beijing change its trade policies, including China’s demand that U.S. companies wanting access to China’s market transfer their technology. Beijing is demanding U.S. tariffs already in place be rolled back before agreeing to concessions.

U.S. officials indicate absent an agreement, a new round of 15 percent tariffs is set to be slapped on $160 billion of Chinese exports to the United States December 15, with the tariffs targeting consumer goods including cellphones, laptop computers, toys and clothing. Should they take effect, Washington would have imposed levies on nearly all the $540 billion worth of China’s exports to the United States. For its part, Beijing has retaliated with tariffs on U.S. exports to China, targeting soybeans and other agriculture products. In September, China imposed a 5 percent tariff on U.S. crude oil exports.

Aside from the rallies and selloffs in oil futures, an escalation in the U.S.-China trade war would further slow the global economy and damage demand for oil while highlighting the breakdown of globalization and the uncertainty inherent in an evolving world order. In contrast, an agreement would unleash locked down economic growth and spark a rally in equities and oil futures. There are huge implications for the oil industry in 2020, which is why U.S.-China trade tensions made the Top 5 List.