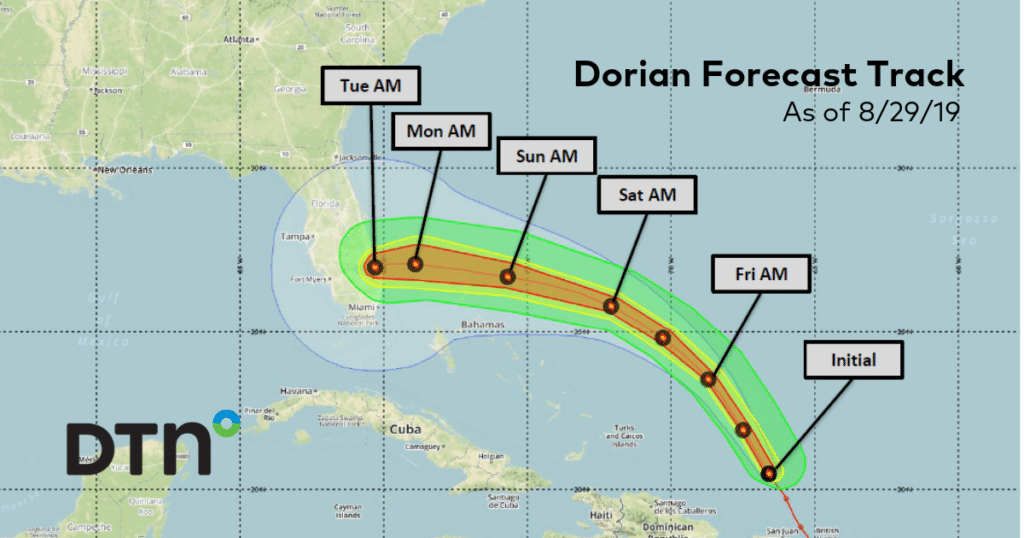 Gasoline and diesel markets appear to be in good shape in advance of Hurricane Dorian reaching Florida shores the next few days. DTN will monitor daily terminal volumes and prices once Dorian arrives and moves out. 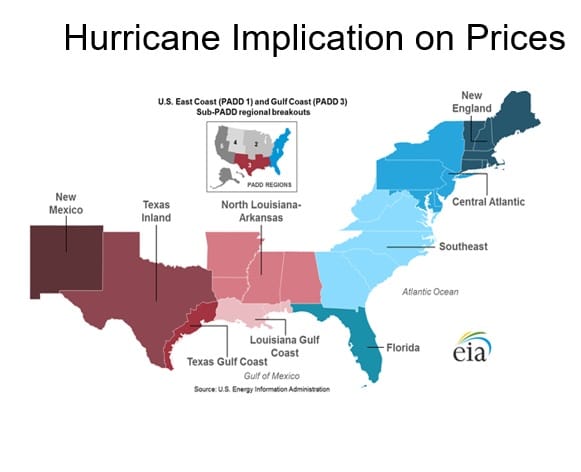 The United States, including Florida and the lower Atlantic states, are well supplied. Barring a catastrophic landfall, there should be minimal price spiking and nominal depletion of terminal and retail station inventory.

Once the storm exits, I expect gasoline and diesel logistics to return to normal relatively quickly.

The current landscape shows that lower Atlantic distillate stocks rank slightly below normal for a five-year average but declining. East Coast refinery runs sit near their lowest level of the year at a 66.9 percent utilization rate. 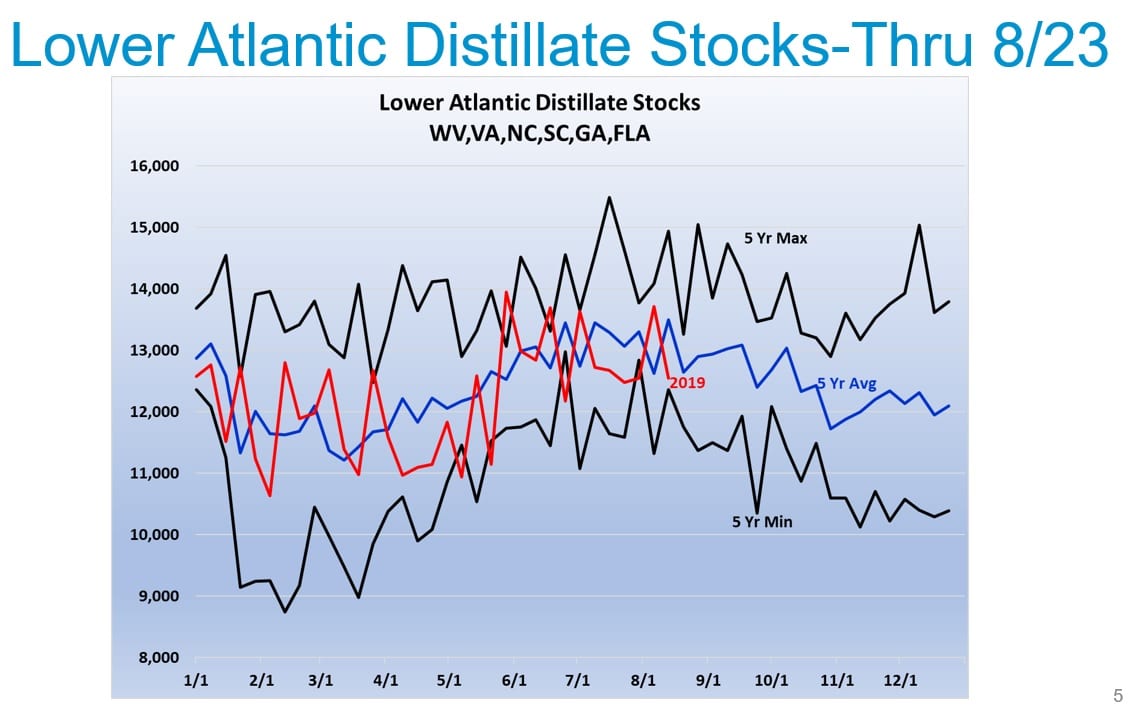 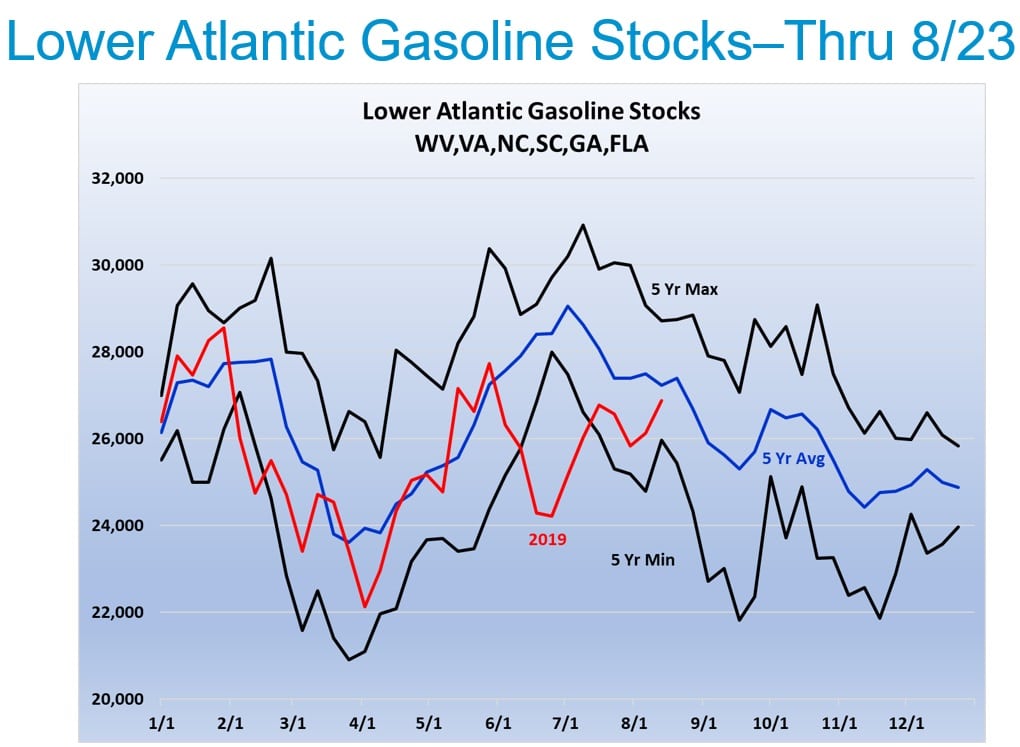 Early storm projections for northern Florida, including Orlando and Jacksonville: 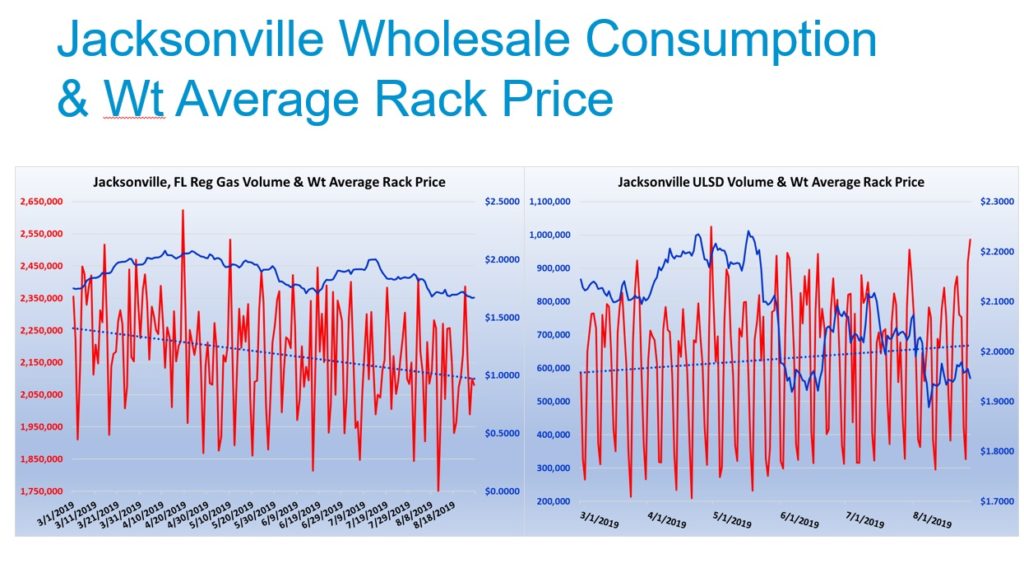 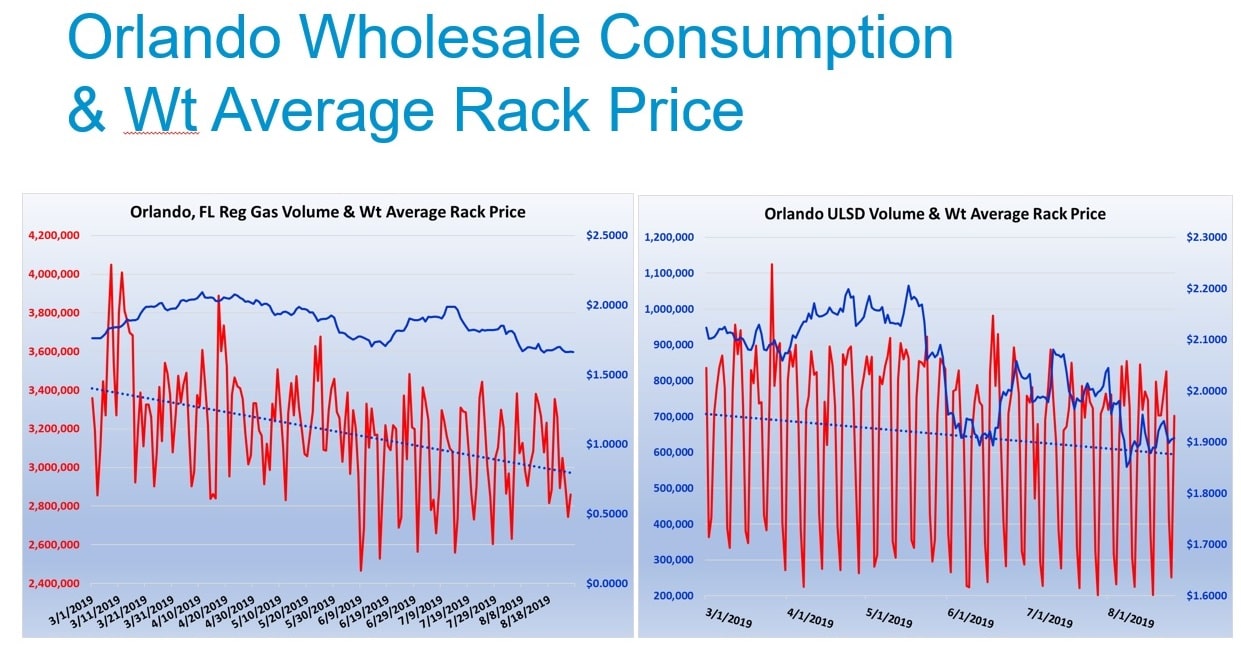 Depending on the severity of the hurricane – expected to become a significant hurricane – Dorian could have the following exposure: 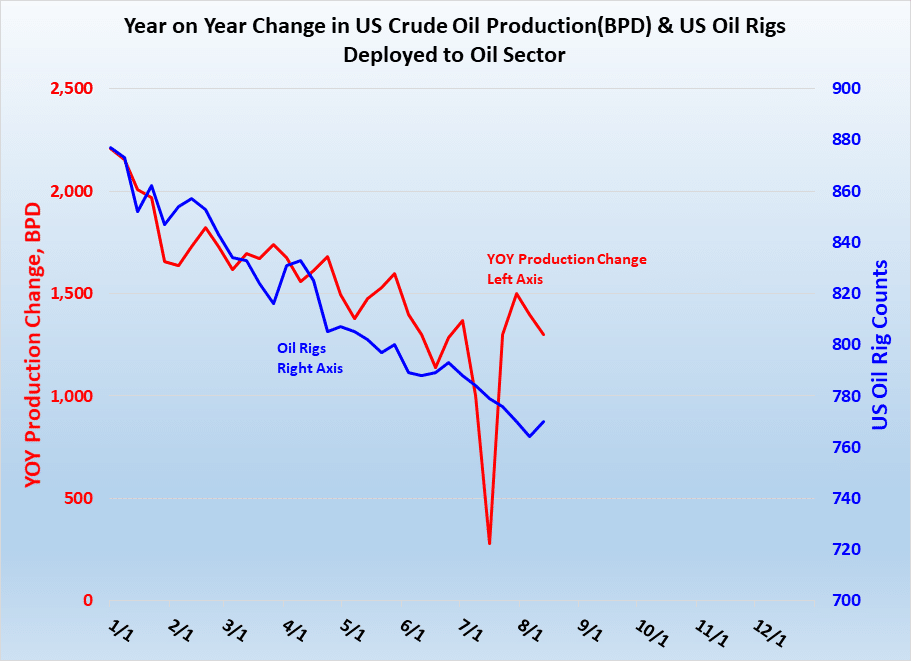 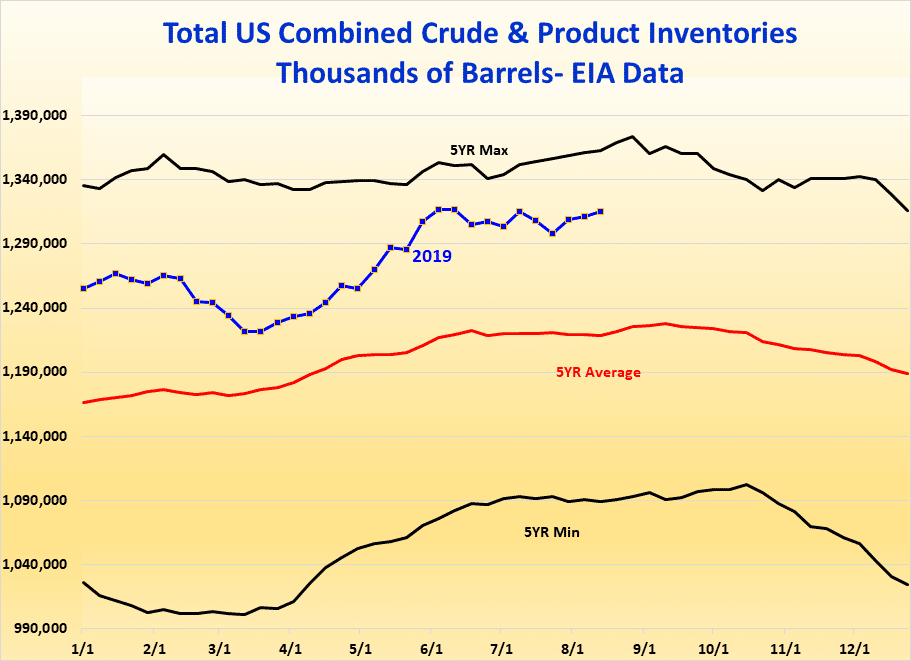 The DTN WeatherOps forecast crew works around the clock to provide information during tropical storms, as well as providing insights on pricing fluctuations.