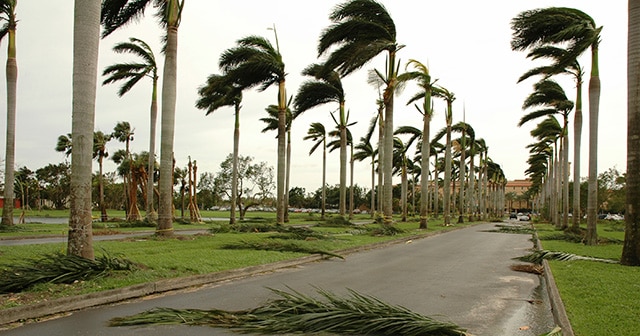 Considering the effects of storms, on a large scale, they leave huge impacts. But Jim and Brian focused just on the impacts to the downstream oil industry.

Jim started by noting that 2020 is an exceptionally active year already. The entire list of named storms is gone, and the National Hurricane Center (NHC) is now in the Greek alphabet. And the season doesn’t officially end until the end of November. (By the way, Jim pointed out that there has been a major storm in December before.)

As active as the season has been, the impact on downstream fuel hasn’t been quite as bad on consumers, since there wasn’t a great deal of gasoline demand anyway, due to COVID-19. Thus, the supply of gas at the retail level was largely unaffected. Some areas are still recovering from early-season storms, but overall, it hasn’t had much of an impact.

The Gulf Coast area is quite resilient, as a result of learning the lessons Katrina taught refiners and pipeline operators in 2005. Generators have been added at multiple locations to prevent one power outage from shutting down the entire fuel flow.

If one line is impacted, fuel marketers can move product to another line where it’s needed. Colonial pipeline goes from Houston to Linden, NJ. They’re so accustomed to re-routing product that they once made a temporary pipeline to deal with a fire.

What is it about this particular season that is so memorable? The sheer volume of storms. There are just so many! It’s the earliest we’ve run out of regular alphabet letters, and only the second time in the history of the NHC. There was almost no break in the string of major storms to track, especially in the Gulf area.

Donovan asked if the NHC changed the threshold when we name a storm, and if that was partly behind why more major storms are counted/named? Jim replied that for a storm to be identified, there is a standard progression, based on wind speed, barometric pressure and potential for destruction, and that has not been modified since its inception. Also, every early indicator foretold that this would be an incredibly active year; the season is simply meeting expectations, at this point.

Turning to the retail system: Why does a hurricane hit Louisiana, and gas prices in New England are raised? Brian explained: when these storms are approaching, the market is aware of them; they watch weather forecasts, too. In areas directly impacted by the storm, fuel leaders will move product out of terminals to avoid loss. In areas farther away from the storm, fuel leaders anticipate supply disruptions. This will affect price they charge in both areas.

Oil is global. Think about an outbreak of armed conflict in the Middle East: gas prices go up even before the shooting starts. And here in the U.S., every state doesn’t have a refinery. Pipelines connect fuel, but they also connect problems. So, if you have a disruption in Houston, every terminal that is fed by Houston prepares for product scarcity, as the Houston hubs disperse product to prevent loss.

For example, if the futures market is at $2/g, and the Gulf Coast was trading at $1.95/g, maybe that nickel discount turns into a $0.15 premium instead.
When those suppliers don’t have what they were counting on from refineries, they raise their prices. When they think they may have a shortage, they might try to supply from overseas destinations, but in the case of hurricanes, well… hurricanes move faster than fully-laden VLCCs.

How should individual retailers prepare for severe weather impacts? Jim pointed out the subscription weather service DTN offers. When these storms form, suppliers can talk to our consulting meteorologists, and have the chance to ask specific questions regarding storm surge, flooding, etc. While wind speed gets the headlines, the rain and storm surge do far more damage in the long-term.

Looking ahead to the rest of the year, what should North American fuel distributors expect? All the reasons we forecasted an active year still exist. This is far from over.

Be ready to be self-sufficient for days: power and water. You may not have Wi-Fi. Consider buying and installing a mobile phone signal booster. Important safety tip: Do not try to repair your own electrical supply if you are cut off from power. Stay safe.

We have the entire episode on our DTN Energy Insights page.