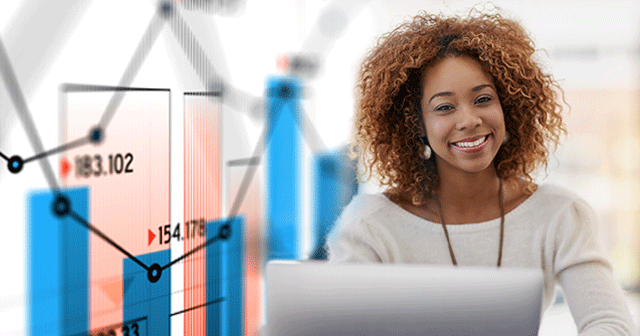 There’s nearly no end to how optimization can streamline operations and bolster profits when running any business. And that’s a good thing; technology and data are helping businesses to operate more efficiently than ever before.

In a competitive industry like oil and gas, understanding the impact even seemingly minor factors have on your profits is crucial. Incorporating advancements into your business operations to counter the effects of these factors is essential. In addition to dynamic pricing, advanced analytics, and market trends, something else can be easily overlooked but can make a substantial difference in profits: gross vs. net temperature.

As a leading information services company, DTN is trusted by oil and gas companies worldwide to provide the tools and insights needed to succeed. With the Temperature Correction Index (TCI), DTN continues to meet the needs of its clients and take the guesswork out of buying and selling fuel.

Let’s take a closer look at the impact your gasoline temperatures have on your bottom line – and what you can do to mitigate that impact.

First off, why do gas temperatures even matter? Let’s go back to elementary school science. As we all know, gasoline is a liquid. Like all liquids, fuels like gasoline condense and occupy less space when cold. The opposite happens when they are warm, and they expand, taking up more space.

For the average consumer, this hardly makes a difference. But when you are in the business of selling fuel, this seemingly small detail can have a big impact on profit margins. Over the course of a week, the density of a gallon of gasoline can fluctuate by more than two percent and more than five percent over the course of a year. At $2 a gallon, even a one percent discrepancy in volume works out to an error of $0.02 per gallon.

This discrepancy leads to an issue for fuel buyers and sellers – how should gas volume be measured?

What is the difference between gross vs. net temperature?

Let’s look at an example of gasoline at the rack at 80 degrees. Because this gas is warmer than 60 degrees, it has expanded. If a customer were to purchase 1000 gallons of gas to fill their insulated tanks, the gas would start to contract as it cools down to a regulated temperature. Even though 1000 gallons would leave the rack, less than 1000 gallons would be in the tank because it would contract back to its regular volume. In this case, the purchaser would have ended up with fewer gallons of gas than purchased.

On the opposite side, let’s take an example of gasoline at the rack at 40 degrees. Because the gas is cooler than 60 degrees, it has contracted from its normal volume, taking up less space. When a customer purchases 1000 gallons of gas for their insulated tank, the gas will start to expand as it warms back up to its regulated temperature. In this case, even though 1000 gallons would leave the rack, more than 1000 gallons would end up in the tank because it would expand to its regular volume. Here, the seller gave more fuel than was purchased.

Whether calculating gas sales by net or gross volume depends on the location. For example, warmer, southern states tend to sell fuel by net gallons. For northern states, taxes require gas to be sold in gross gallons. In the bulk market, sales are measured and priced in net gallons, leaving wholesalers in northern states in a tough position.

Wholesalers may purchase fuel in the bulk market in net gallons but then sell the fuel based on gross gallons. Depending on the temperature of the fuel on purchase and sale, the number of gallons they sell can change drastically, impacting their profits considerably. When dealing with low temperatures, a wholesaler might only be able to sell 0.97 gallons of fuel on a gross basis for every 1 gallon they purchased on a net basis. Without proper price adjustments based on temperature, the wholesaler could lose money on every gallon sold.

You don’t need to settle for inaccurate or incomplete solutions

The effect of temperature changes on your fuel doesn’t need to be an unavoidable cost of doing business. While some try to compensate for seasonal variations, it tends to offer only a rough improvement (at best) based on an estimate. This compensation is true with contract sales as well – do you use a single temperature correction factor or a monthly adjustment? In reality, neither method is completely accurate.

What is really needed is the ability to adjust pricing based on daily temperature fluctuations. DTN provides fuel buyers and sellers with accurate, real-time temperature data right from the terminal. Replacing complicated formulas and imprecise approaches, DTN Temperature Correction Index gives users confidence in the temperature of the fuel they are buying or selling and import this data directly into their operational and tax audit software.

Learn more about how TCI can be put to work in your business.