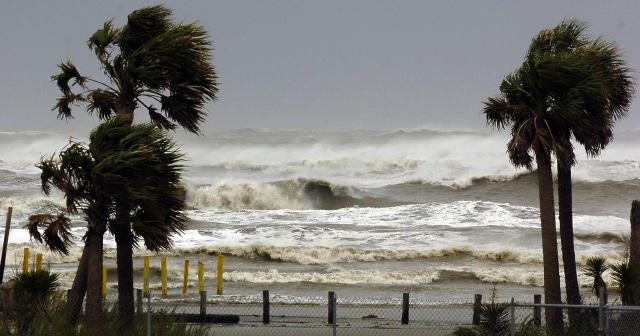 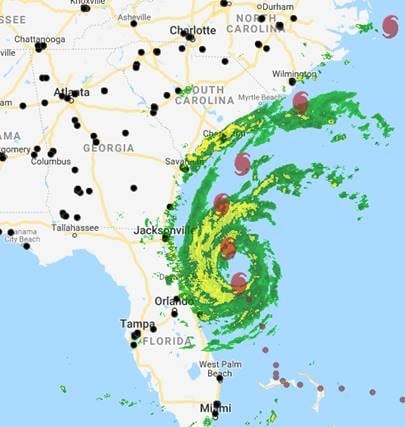 Dorian, now a Category 2 hurricane, is moving north. DTN forecasts Dorian to remain offshore as it passes Florida and Georgia approaching the Carolinas. The storm is not forecast to make landfall in the United States. Gasoline and diesel liftings that we are monitoring have started to decline except for Selma, N.C. 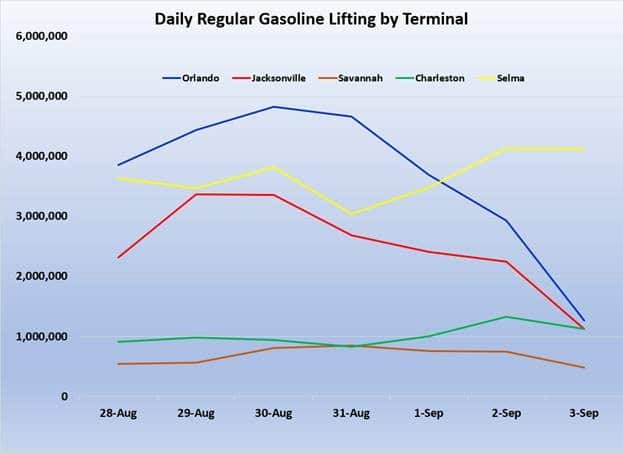 The chart at left summarizes the daily lifting volumes for regular gasoline from the five terminals DTN monitors. There was an increase in liftings at Selma with a decline in the other terminals. Florida is feeling the impact today with some power outages as gasoline demand along the coastal regions declines strongly. This is likely the result of evacuations and people simply not driving while the storm hugs the Florida coast.

The first five charts show liftings of regular gasoline from two terminals in at Orlando and Jacksonville in Florida, Savannah, Ga., and Charleston, S.C.

The second four charts show lifting of ULSD from terminals at Orlando, Jacksonville, Savannah and Charleston.

Prices are steady, and I will continue to monitor.