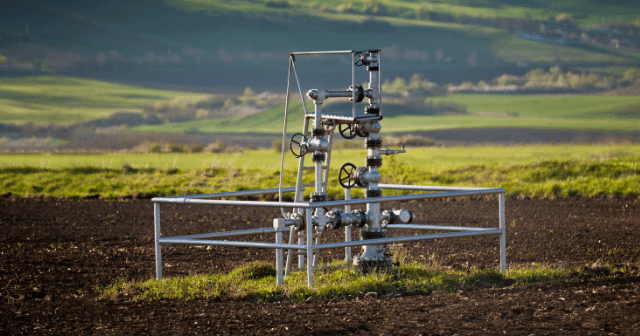 The much-anticipated announcement for a U.S.-based physical liquefied natural gas (LNG) futures contract was announced recently by the CME Group, which said in a Sept. 4 news release that trading will begin Oct. 14, provided regulatory review clears the contract.

LNG exports from the United States have grown sharply since February 2016 when the first cargo from the Lower 48 states departed from Sabine Pass in Louisiana, with the Cheniere Energy facility to serve as the delivery point for the futures contract. CME Group said the Freeport LNG terminal and other facilities will be included as delivery locations in futures delivery months.

Waterborne natural gas exports will support higher domestic prices, which have been under pressure for the past five years because of explosive production growth and pipeline bottlenecks. Increasingly, natural gas is generating a greater share of electricity, climbing from 34 percent in 2018 to 37 percent this year projects the Energy Information Administration, while also supporting sharp growth in natural gas liquids and the petrochemicals sector.

However, LNG exports were long seen as the critical path for growing U.S. demand for natural gas. The International Energy Agency projects the United States will be the world’s largest LNG exporter by 2024 with exports topping 100 billion cubic meters, overtaking Australia and Qatar.

The most recent data from the U.S. Department of Energy shows U.S. LNG exports averaged about 4.7 billion cubic feet per day in June, a little more than 4 billion cubic meters for the month, a 93 percent increase year-on-year. Exports were shipped from four facilities in June, with 31 ships departing from Sabine Pass, eight from Corpus Christi, Texas, seven from Cove Point, Maryland, and one from Cameron, La., where exports began in the second quarter. 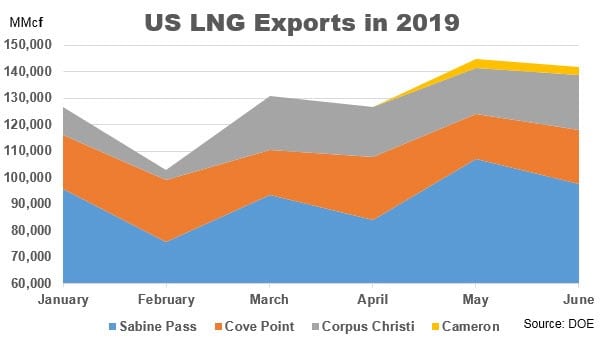 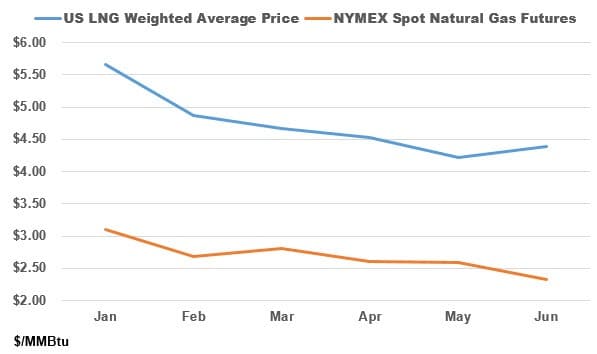 Keep up with developments in the natural gas market with DTN ProphetX Energy Edition.