On September 3, 2016, a 5.8 magnitude earthquake occurred near Pawnee, Oklahoma at about 7:02 a.m.  That morning, I was viewing Doppler weather radar data in my RadarScope® app and saw a rapid increase in the size of the radar echoes near the radar and also the intensity of those echoes, but when I looked at it closely I found that the rapid increase actually started happening ~15 minutes before the Earthquake. Based upon my knowledge of radar it was obvious that birds are the likely reason for the increase of size and intensity of the radar echoes at that time.

Saturday morning, I posted video of the RadarScope images on Facebook and asked the question “what do they (the birds) know that we do not know?”  Over 200,000 people viewed that video. This blog is a follow-up to that post to show a bit more scientifically whether the rapid increase of the radar echoes was a normal morning event (many birds typically fly from their overnight roost just before sunrise) or not. Note that sunrise was at 7:04 a.m. that morning.

As a caveat, I am not an ornithologist or a seismologist. I am a meteorologist with a deep knowledge of working with and interpreting Doppler weather radar data.

So the question is: Did birds have some premonition that an earthquake was coming and start to fly 20 minutes before the earthquake happened? For comparison sake, I also captured radar images from the morning following the day of the earthquake. Weather was nearly the same on both mornings, so I don’t believe that weather played a factor in any differences. The radar was operating in “Clear Air Mode” on both days, which means it collected data every 10 minutes at the lowest levels.

Here are the first radar echoes I compared from each day at ~6:37 a.m. Note that there are very little echoes at this time, the echoes seen are near the radar. 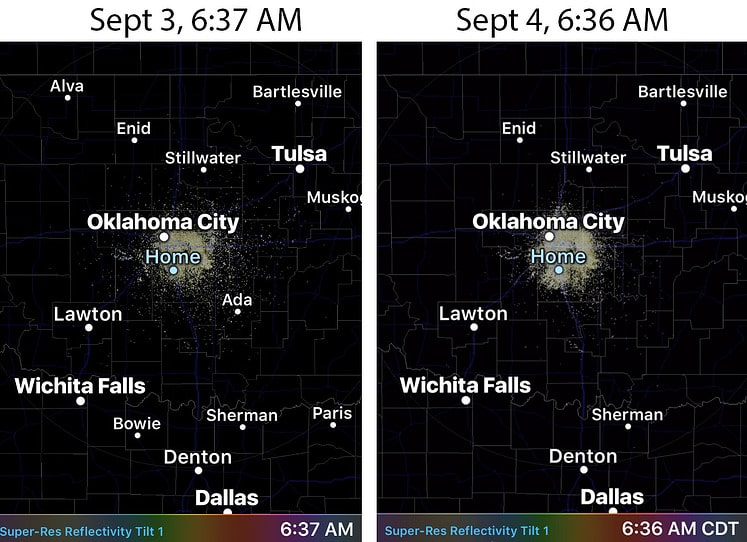 Ten minutes later, at about 6:47 a.m. on September 3rd, notice that the echoes are starting to increase in size and intensity (the small light green areas are ~20dBZ) whereas on September 4th, echo size is a bit larger than the previous image, but most of the reflectivity echoes are ~0 dBZ . 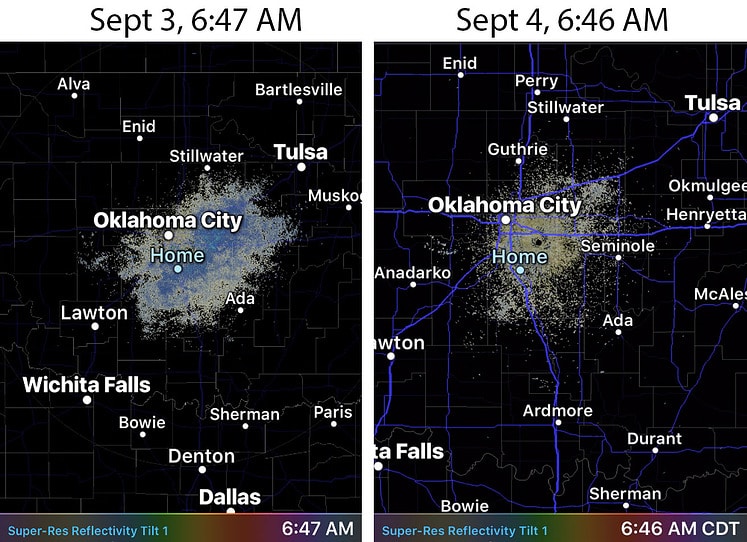 On the day of the earthquake, just 5 minutes before it happened (6:57 a.m.), the radar echoes covered a substantial area all the way from Stillwater to Tulsa to Ada to Lawton. This suggests fairly large number of birds had taken flight. Similarly, the following day there was also a significant increase in the size and intensity of radar echoes, just not of the same magnitude as the day before. 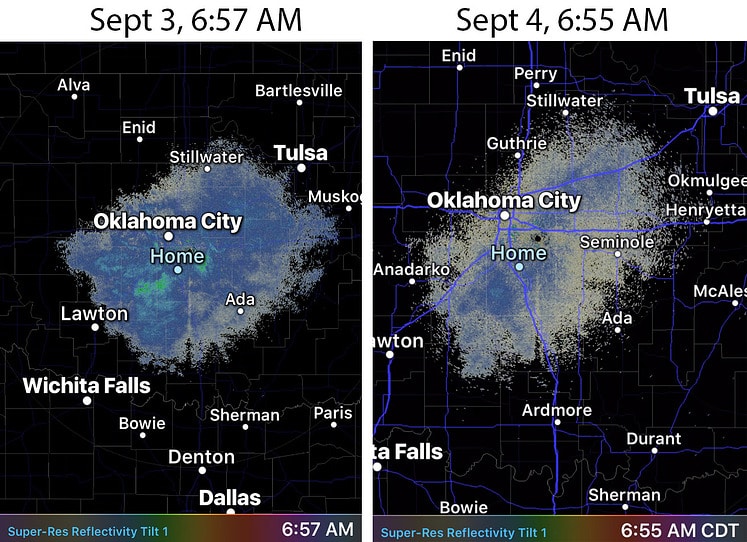 Near the time of the earthquake (7:03 a.m.) on September 3rd, the echoes continued to increase in areal coverage and intensity and 10 minutes later it was even larger (7:13 a.m.). On September 4th at similar times echoes had increased somewhat but not on the scale of the day of the earthquake. 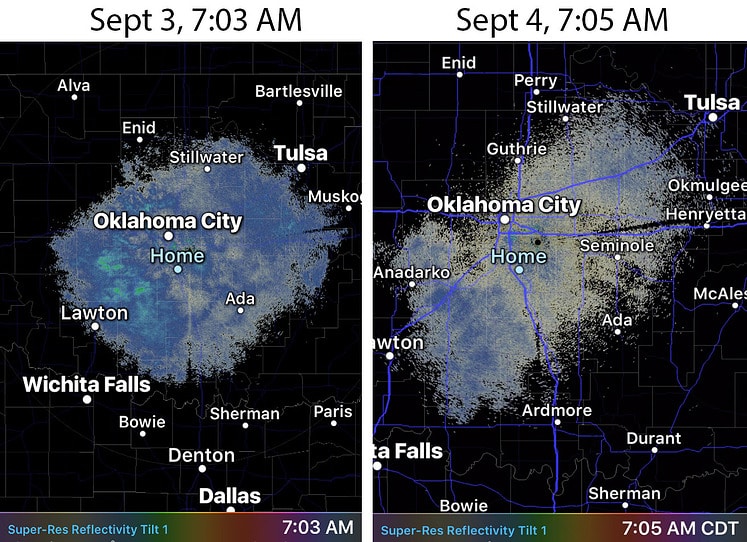 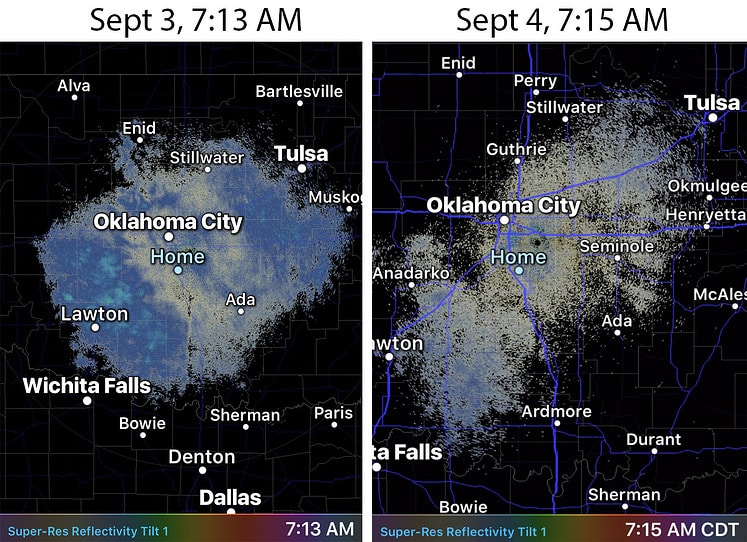 So, what does all this mean? I will let the reader make their own conclusions, but evidence does point to more radar echoes, which are likely birds, to increase significantly ~15 minutes before the earthquake. The day after, there was also an increase about the same time (maybe a bit delayed), which is consistent with birds flying from their nightly roosting spot. However, on the day of the earthquake the echo size was much larger and stronger intensity, suggesting more birds took flight earlier.

So, do birds know something we do not know? The idea that animals can predict earthquakes has been around for hundreds of years. Seismologists are skepical, but research continues. Maybe with more concrete data they will soon have an answer.