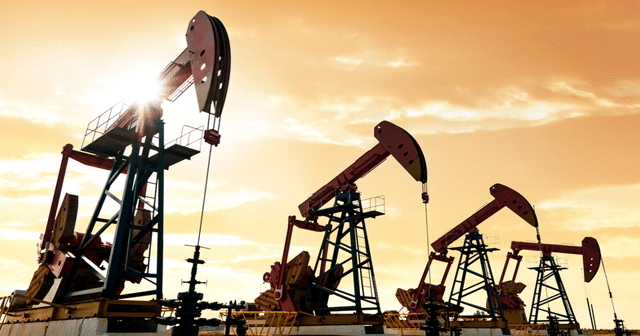 One month after falling into negative territory, the prompt month West Texas Intermediate futures contract on the New York Mercantile Exchange has rallied through several resistance levels to a nine-week high, while the RBOB gasoline futures contract spiked 181% from a first quarter low plumbed as the country moved into lockdown. Sentiment turned from extreme pessimism to bullish in lightning speed on several developments that were as unexpected as the selloff.

Critical in the reversal was deeper than expected oil production shut-ins globally, and indications OPEC+ countries would comply with quota reductions, including Russia where lowering output to 8.5 million bpd was not a certainty. Russia is closing in on the target. A deeper voluntary one million bpd production cut by Saudi Arabia joined by additional output reductions from Kuwait and United Arab Emirates further firmed buying support.

However, a deeper than expected decline in production in the United States is the lynchpin in the bullish sentiment, with the International Energy Agency forecasting U.S. output would be down 2.8 million bpd in ending 2020 from end-year 2019. Reports from pipeline companies moving supply suggest the cuts might be deeper, at least in the short term.

The steep cuts in U.S. output also diminished fear that inventory would overwhelm storage capacity. To recall, the lack of storage capacity for lease sent the WTI contract negative on April 20. While overflowing tank storage was overhyped at the time, supply drawdowns from commercial crude oil in the United States offered evidence the domestic market was adjusting to an oversupplied market.

Global oil demand is also seen declining less in the second quarter than previously assumed. IEA adjusted its second quarter outlook from a 23.1 million bpd contraction to 19.9 million bpd that tied with the deeper than expected production cuts narrowed a global oil supply surplus from more than 10 million bpd to somewhere in the neighborhood of less than 7 million bpd. While still a big chasm for the three-month period, continued production cuts for the year and increased demand during the second half of 2020 begin to soak up much of the excess, narrowing the supply overage.

Mobility data showing the great breakout from home lockdown instituted across countries around the globe was striking, showing traffic patterns in China and in parts of the United States bouncing back to levels seen before the restrictions. Demand for oil in China has also recovered sharply, nearing year ago levels. Tie this quicker than expected jump in gasoline demand to a successful trial test for a vaccine, with at least one major investment bank expecting a vaccine will be available in the fall, and oil and gasoline prices rallied.

There’s no denying the current market exuberance, but the question becomes how durable is the current rally?

We could clearly see prompt WTI futures topping $40 bbl in the coming weeks from about $33 bbl now. By year’s end however, its challenging to see such a strong price for U.S. crude, likely trading in a $30 to $35 bbl range, with the international Brent crude contract likely at a $3 to $5 premium to the domestic market.

Missing from the factors driving the market rally is unemployment. More than 35 million people have filed initial claims for unemployment insurance in the United States due to government forced business closures and subsequent lost business. It is highly unlikely all these jobs will come back. What is likely is widespread bankruptcies and consolidation in several business sectors, especially travel and hospitality. The market will be forced to consider these dynamics as the current uptrend in demand from recent lows is capped well below pre-pandemic levels.