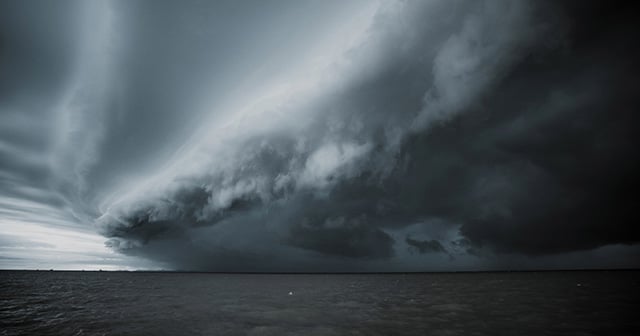 We at MetStat, now DTN, are watching with bated breath as Hurricane Florence tracks westward toward the Carolinas. At this time, the most widespread impacts will be flooding from torrential rain, though areas near the coastline will experience intense and destructive winds as well. 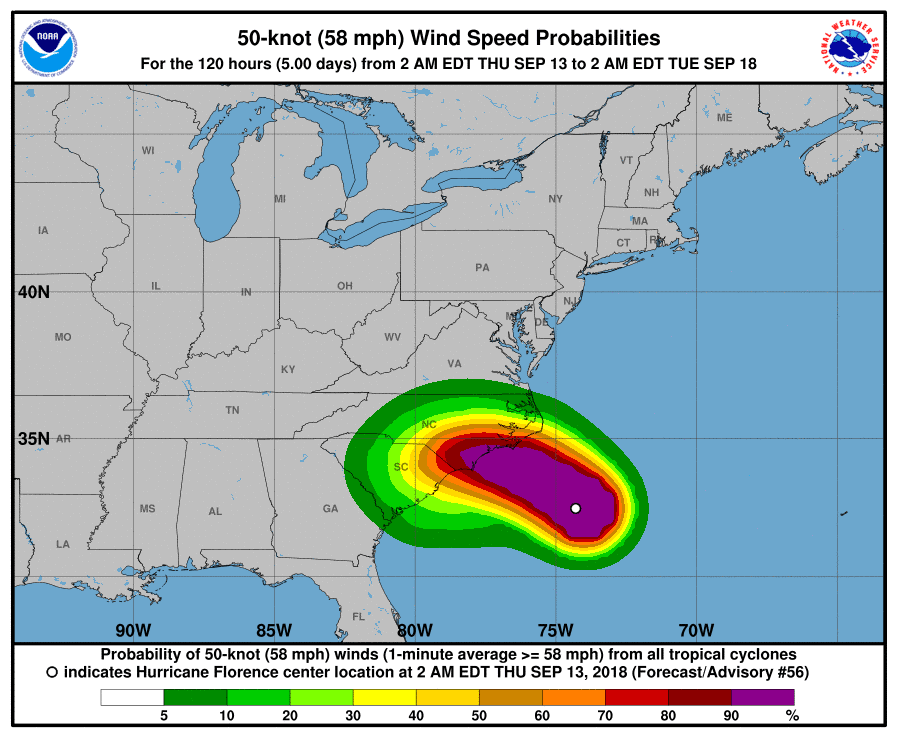 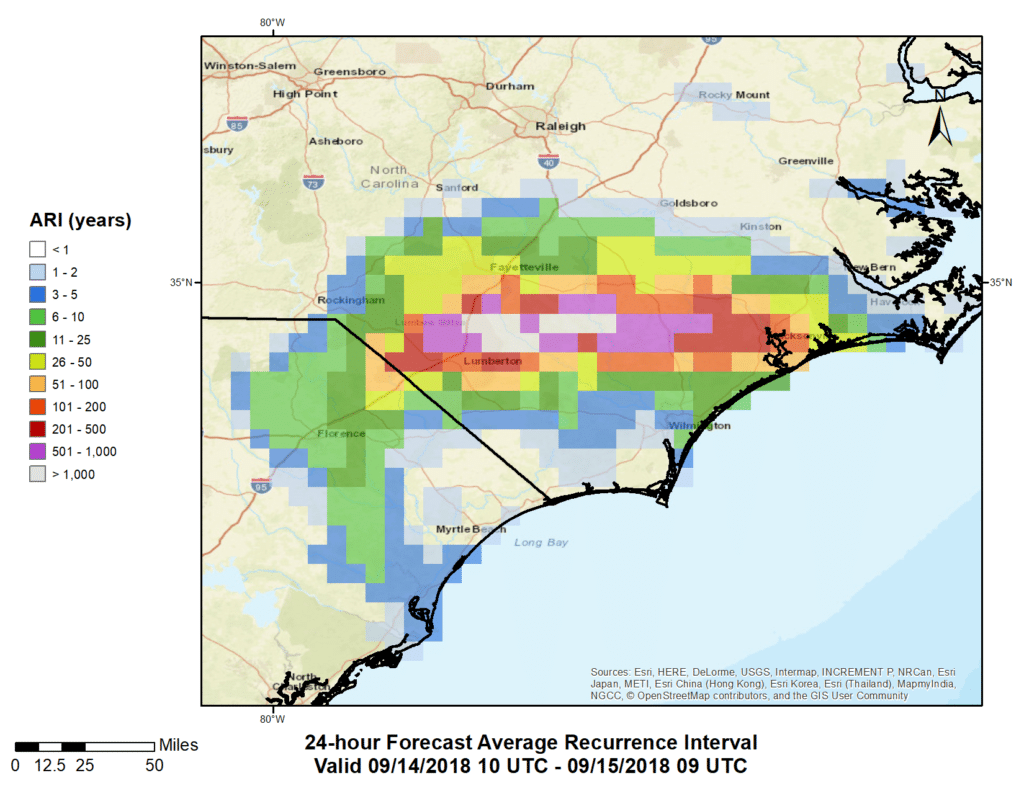 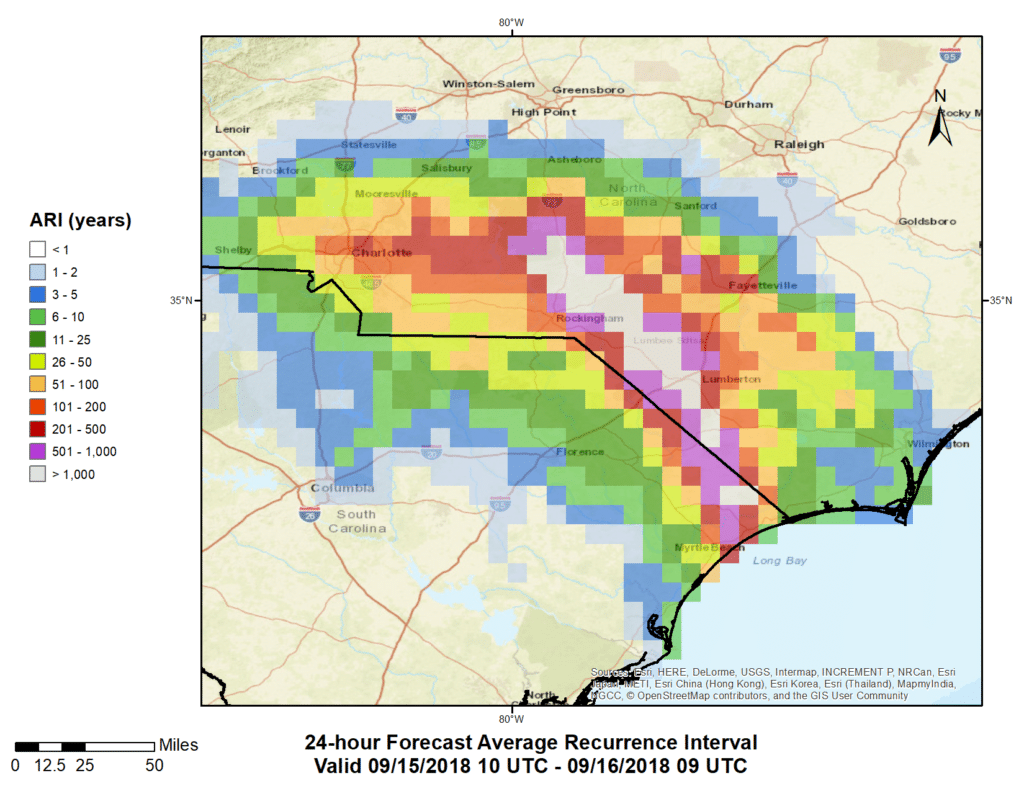 We will be keeping a watchful eye on Florence as it makes landfall and will update our post as new data come in. For those in track of this hurricane, please stay safe and remember turn around, don’t drown when encountering flooded roads.

Hurricane Florence was well established long before it made landfall on Friday September 14th. It had gone from tropical storm to major hurricane in the Atlantic only to encounter significant shear that weakened the system back down to tropical storm strength. As it continued west-northwestward the vertical wind shear weakened and the system moved over warmer waters, all of which allowing the storm to build once again to major hurricane strength. As it approached the coastline, Florence began to interact with downstream ridging over the Eastern US. This slowed the system down and caused upwelling and therefore cooler ocean temperatures, which also contributed to its weakening prior to its arrival. Florence made landfall on Friday morning as a Category 1 storm, and many of the factors that contributed to its prior weakening were also responsible for the system stalling over the Carolinas in the days that followed.

Over the weekend, DTN continued to monitor the extreme precipitation from Florence as it made landfall, stalled over the Carolinas, and finally moved northward. We provided emergency managers in South Carolina with forecast ARI maps as well as continual updates of observed ARI data as it became available. The observed data is based on MetStormLive gauge adjusted QPE and frequency estimates from NOAA Atlas 14 Vol 2. These estimates are preliminary as of the update of this post and will remain the case until a full manual MetStorm analysis is performed and gauge values are verified. 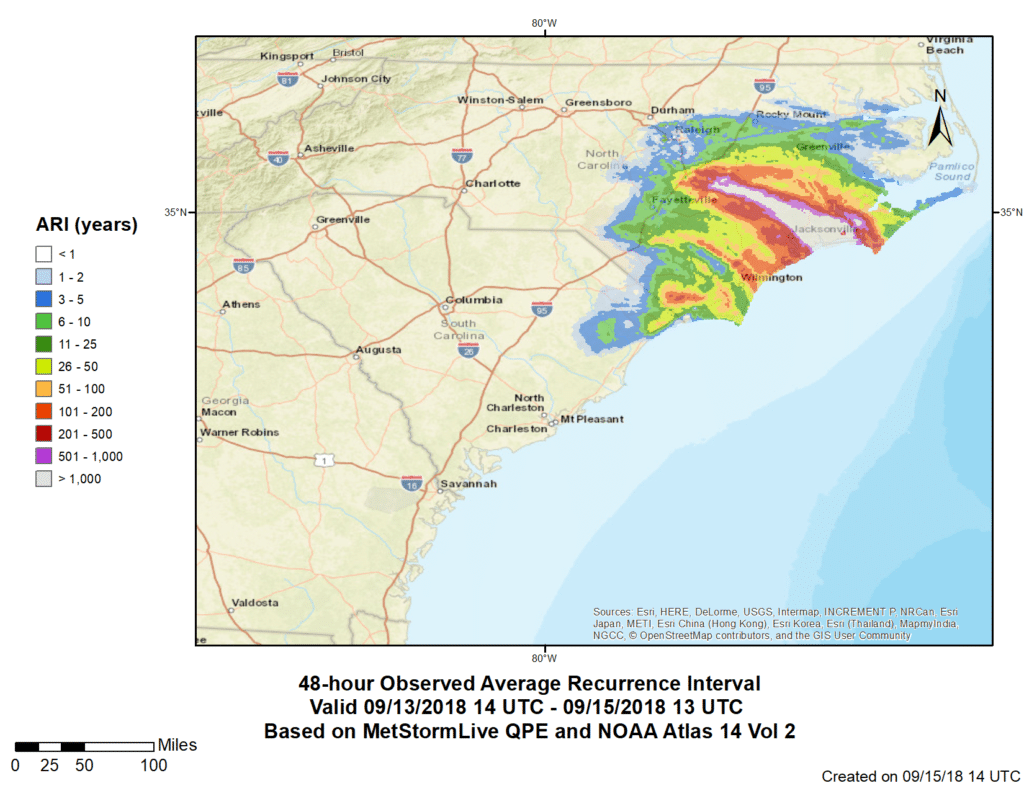 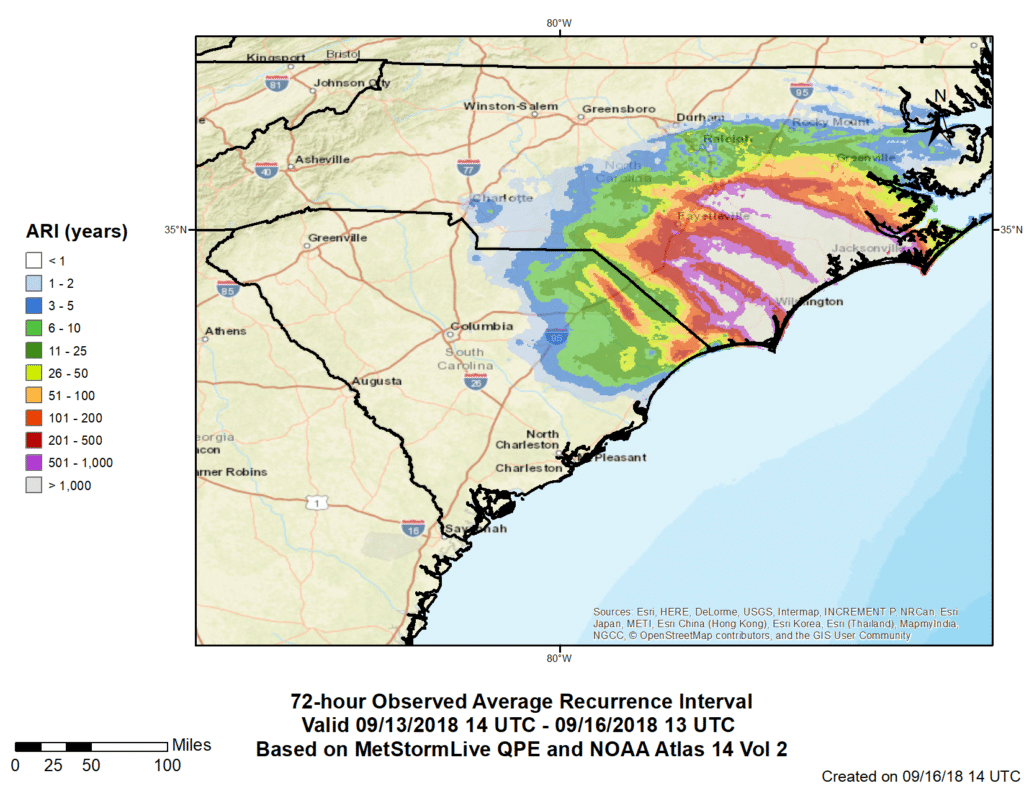 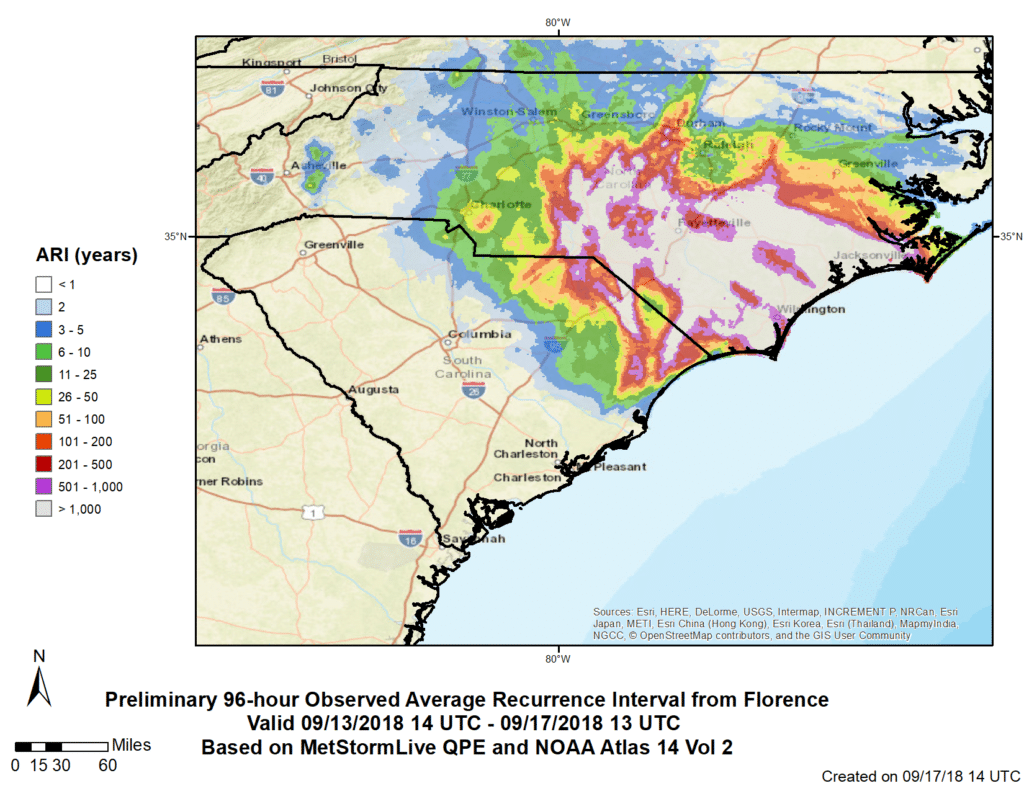 The rarity of this storm from a multiple duration perspective shows just how persistent the intensity of precipitation rates were over the weekend. Now that the remnants of Florence have moved northward, the Carolinas will have a chance to start to recover from this incredible event.