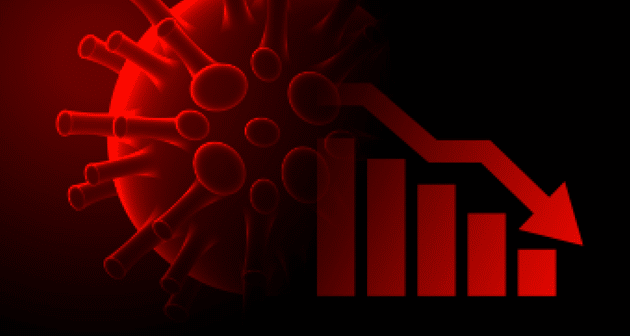 CRANBURY, N.J. (DTN) — The COVID-19 pandemic is an extraordinary global event that will permanently alter the world in ways we are still unsure of, beginning with an economic contraction so deep many businesses will fail. Living with COVID is becoming an enduring reality, and society will adjust to the new reality, doing so through the adaption of new technologies while “social distancing” from industries where there is close human contact. Ramifications directly affect energy through reduced oil demand, altering investment and potentially accelerating a transition to a lower per capita fossil fuel economy.

The COVID-19 pandemic has altered the lives of billions globally and nearly simultaneously, crushing energy demand. Financial crises, extreme weather events and wars have all had debilitating effects on economies and energy demand but were temporary and in many cases laid fodder for recovery, frequently a robust recovery. The reaction to the pandemic was widespread lockdowns that suffocated many industries, and as the lockdowns give way to re-openings, as they must, shouldn’t we see a resurgence in economic activity and spike in energy demand? After all, the lockdowns were government induced and brief.

A critical difference is COVID-19 is an anomalous silent killer that society doesn’t fully understand and might not for months or years. Even with the discovery of a vaccine it will remain part of human life absent a cure that history has demonstrated is a low probability.

Life goes on, and many will dismiss the risks the virus can cause and seek to resume life as before. Others will look to safe shelter, adjusting activities to avoid frequent contact with the masses. As the saying goes, in the end only the paranoid survives. The question becomes what balance will be struck?

Behavior is repeatable and difficult to change. Most of life will carry on as it did before. Pushback against measures to prevent the spread of COVID-19 is quickly escalating. Yet, shocks can and do change behavior, and this Black Swan will inevitably alter multiple industries directly, and through the compounding effect of such a sudden and broad shock to the economy. A V-shaped recovery should not be expected.

The assault on the economy is far from equal, with fear in contacting the virus having debilitating consequences on the hospitality and airline industries and a knock-on effect to the industries that serve these businesses. The extraordinary economic contraction we are currently experiencing reaches far wider than only planes and restaurants, but to the economy in its entirety.

Business travel is unlikely to return to pre-pandemic levels as the video conference usurps many of its goals while reducing costs that will take on a much higher priority in tough economic times. Planes, taxis, Uber, Lyft, rental cars, hotels and restaurants all stand to lose customers and will consolidate.

Airlines are mothballing older planes, and some plan to layoff employees in the fourth quarter, with the earliest estimate for a return in air passenger travel to pre-pandemic levels in 2022. The middle seat is now a problem for the airline and not the bumped passenger. Airlines will need to be far more creative in their customer care, while there are expectations a major U.S. airline will go bankrupt in 2020.

Hotels flirtation with the virtual key just got serious, and check-ins will be a less personable kiosk, with robotic vacuums under foot and automated disinfect wafting in the air. Cleanliness will be paramount.

The Uber and Lyft business model peaked, perhaps waystations before self-driving cars and drone delivery. Uber’s all stock offer for Grubhub mid-May illustrates the consolidation ahead as the economy shrinks.

Casinos seen as a panacea for indebted states such as Connecticut and New York are out of luck, but Nevada will get pummeled. Gambling is an enduring vice, and the glitter and bright lights will return, but the industry will be a shadow of itself for years. Those who need to gamble will go online. In Atlantic City, New Jersey, the industry has already consolidated even as the city brought in retail outlets in hope of drawing larger crowds. Will Las Vegas follow a similar fate? In your calculation add crime. That remains a major issue in Atlantic City, and has all along cut into its tourism draw, and will only worsen as casino workers lose their jobs.

Federal Reserve Chairman Jerome Powell in a May 13 speech said 40% of the jobs held by income earners of less than $40,000 are gone. This is a heartbreaking statistic if he is correct, and towns and cities where concentrated will become economic burdens for states already experiencing lower tax receipts. This is fertile ground for policy mistakes where subsidies are prioritized over remedies, further diminishing resources. Governments are then in jeopardy of creating a circular loop when subsidy payments continue to grow, leaving less revenue to support schools and build roads.

Bureau of Labor Statistics show the second largest category of pandemic induced job losses after leisure and hospitality is education and health services, followed by professional and business services. Our current form of education and health service is heavily an in-person experience, while companies will look to reduce costs by eliminating outside service companies where they can, especially if they can bring it in-house.

Health service has seen large swaths of capacity commandeered for COVID-19 treatment centers, while nonessential elective service is delayed. There’s an opportunity to revolutionize health services through technology, improve patient care, and make for a better society. Public health concerns have not captivated society as they do now in at least a century, and never in the modern age. Telemedicine will grow, and doctors will again make virtual house calls. Long-term care will change out of fear after so many deaths occurred in nursing homes. If we are a forward moving society, and this is not a certainty, technological developments will allow more people as they age to stay in their homes for longer durations.

Another great opportunity is in education services, an area that has viciously fought change despite graduating large numbers of students lacking the skills needed by today’s companies. Online learning at higher grade levels should be embraced, while enhancing curriculums at all grade levels. Think of a nuclear scientist conducting a one hour class once a week that is simultaneously viewed by millions of students. Schools are necessary for maturation, developing social skills, athletics and being part of something. Education in the United States needs an overhaul, and educators should seize the opportunity now before them to make bold changes.

Manufacturing job losses followed layoffs in retail trade on the dismal list, and this will only get worse as the economy shrinks. The Association of American Railroads reported May 13 big declines in rail movements of autos, coal and steel over the past few weeks. Lost manufacturing jobs are skilled labor idled, and workers are frequently concentrated near factories. Their job losses deplete their spending on consumer goods, having a ripple effect on businesses supporting their communities. As factories shut down, and this is already happening, the industrial base in the United States will erode.

Each job loss in a shrinking economy imperils another job. The knock-on effect is indisputable.

Dow Jones Industrial Average has rallied 27% off a 39 month low plumbed on March 23 through mid-May as states end mobility restrictions and reopen their economies and more people get behind the wheel. Have we seen the worse? Or is this a bear trap?

Employment and gasoline demand are closely correlated, and the U.S. Labor Department reported 36.5 million people have filed for initial unemployment insurance through May 9 because of economic losses and nonessential business closures due to COVID-19. Discretionary spending is another key component supporting driving demand, which is certainly suffering as many people are beginning to struggle to pay credit card bills, mortgages and rents. Tie in reduced commuting, and there’s a reinforced ceiling that will cap gasoline demand.

Fear of infection will reduce mass transit use, with more people opting for the automobile. This is trend reversal, and against efforts to reduce tailpipe emissions. Staycations will gradually give way to vacations, but cruise ships and planes will be eschewed. Expect a resurgence in the great American road trip, but maybe not this summer.

Demand for the middle of the barrel is closely tied with economic health, especially in the United States where diesel fuel is primarily consumed in industrial and commercial sectors. Distillate demand is down 17.3% during the four weeks ended May 8 against year ago per EIA, while kerosene-type jet fuel is a staggering 68.5% lower year on year. These are bruising numbers and will force consolidation in the fuels industry.

Another threat for liquid fuels along with coal was exposed during the great mobility lockdown of four billion people globally–clear skies. As factories shut and cars left in park, air pollution in China, India, Los Angeles and elsewhere abated. The EIA forecasts U.S. energy-related carbon dioxide emissions will drop 11% in 2020 against year prior, the largest decline in both percentage and absolute terms in the agency’s energy-related CO2 series that dates to 1949. Decline in CO2 emissions are occurring in all fossil fuels, with petroleum down 11% and coal down 23%.

Where we go from here?

A growing anger is occurring across the United States that will shape the country’s response to this unprecedented crisis. While making the iron hot, a coolheaded blacksmith is needed to forge the right tools to build off the economic destruction lest we wallow into stagnation or even war.

Shell continues construction on a petrochemicals complex in Pennsylvania, that will add 600 permanent workers at the Potter Town facility. Shell will use ethane produced from the Marcellus and Utica basins to produce polyethylene that is used in food packaging, containers and automotive components. Additional projects taking advantage of U.S. hydrocarbons will support a resurgence of Made in America.

On May 12, U.S. Senator Ted Cruz introduced legislation to provide tax breaks and funding for the rare earth industry, with rare earths a group of 17 minerals used to make electronics and military equipment. China is the world’s largest processor of rare earth minerals and has threatened to stop exporting them to the United States. Rare earths are found in Texas, California, Alaska, and Wyoming.

There has been a lot of talk about a major infrastructure project that, at least the idea, has bipartisan support. If ever there was a time to unite, this is it, with a massive infrastructure project employing thousands while consuming abundant diesel fuel and laying down asphalt. Such an effort should look to the future of transportation, building roads that allow for self-driving cars.

Years of peak oil theory transformed to discussion of peak demand spurred by environmental concerns and technological advance in the way we commute and work. We might very well be on the doorstep of the evolution, a moment in history accelerated by the global pandemic. As the pandemic scars the economy, there is opportunity to seize change by reinventing business models. A humbling watershed event testing our leadership, creativity and tenacity.