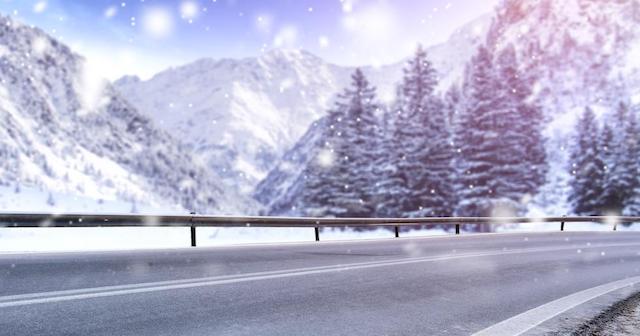 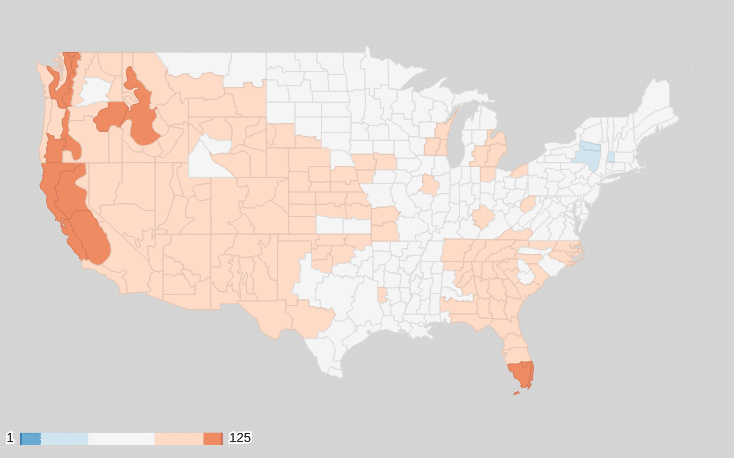 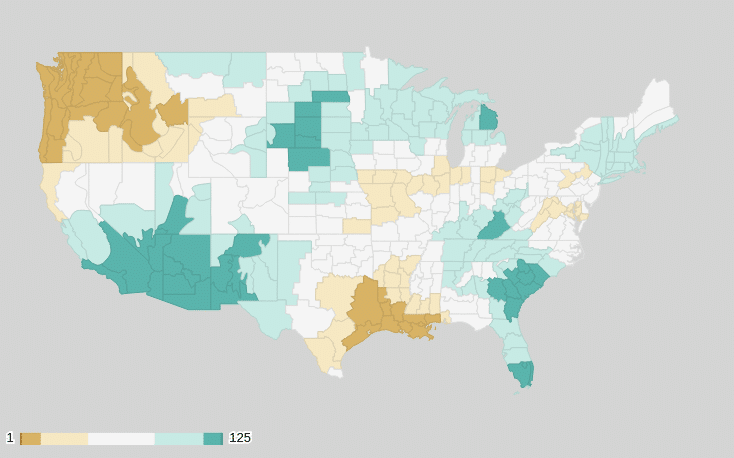 In the rearview mirror

Many areas got an early dose of winter this year with November temperatures coming in below normal across the eastern two-thirds of the country. The Great Lakes region and Ohio Valley saw the coldest temperature anomalies. Locations west of the front range of the Rocky Mountains, however, saw above-normal temperatures during November, with the Great Basin region seeing the warmest temperature anomaly. The Pacific Northwest, Gulf Coast, Central Plains and New England states all saw drier-than-normal conditions during November, while the Southwest, Northern High Plains and Southeast US Coast were wetter than normal.

By contrast, December was generally warmer than normal across almost the entire country, with some areas in the Central Plains and Gulf Coast states seeing temperatures soar 5-7 degrees above normal during the final month of 2019. Only the Desert Southwest saw temperatures that were slightly below normal. December was wetter than normal in many areas including the Northern Plains, High Plains, Southeast, Southwest and New England. Areas seeing a deficit in precipitation as compared with normal include the South-Central region and the Pacific Northwest.

Looking at the entire winter thus far, temperatures in most areas have been near to slightly above normal, as the exceptionally warm December tipped the scales back in the positive direction in most areas that experienced a colder November. Precipitation remains above average for the winter thus far across the Southwest, Southeast, Northern Plains and Central Plains. Below-average precipitation has been observed in the Pacific Northwest and Gulf Coast areas. With respect only to snowfall, most portions of the country outside of the above-average Northern Plains are currently running a snowfall deficit.

How are we doing?

Going forward, we are still optimistic that many of the areas in which our forecast is not verifying well at the midway point of the season will fall in line during the latter portion of the winter season. We expect that the rest of January into early February will be colder than normal across much of the Central and Eastern US, with above-normal temperatures for the West. From late February into March, warmer-than-normal temperatures will return to the North and East, while the Southwest and South will stick closer to normal.

When it comes to precipitation, most areas will stick close to normal during late January and early February, with the Southeastern US standing the best chance of seeing above-normal precipitation totals. The Ohio Valley and Lower Great Lakes regions should see a period of drier-than-normal weather during late January, but with a pattern change expected in early February, things may end up balancing out in these areas as well. For late February into March, locations in the Western US are forecast to see drier-than-average weather, though areas around the Great Lakes and Northeast could see a period of wetter weather, potentially resulting in the winter as a whole producing more precipitation than is typical.

Keep an eye out for an invitation to our Winter Recap and Summer Outlook Webinar coming this spring, in which we will provide an overview of the winter, a look at how our forecast turned out, and a glimpse at what the summer may hold in terms of severe weather and tropical activity.