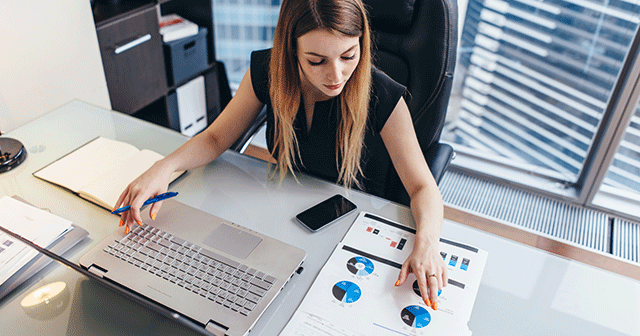 Gas prices have risen sharply. The costs of meat, eggs, and even flour have increased almost 10% compared to 2021 and most American households are feeling the pinch of that inflation. Some are old enough to remember the hyperinflation of the late 1970s and early 1980s, which draws frequent comparisons to the current inflationary period — but are they really that similar?

Recently, that question has occupied economists. The Consumer Price Index (CPI) has long been considered the standard measure of inflation, but the way it’s measured hasn’t been quite so…well, standard. Let’s take a closer look.

The change in inflation calculation

Since the last time the United States experienced inflation this high, economists have changed how the CPI is calculated. For example, they no longer use home prices. Instead, rent cost is the preferred ingredient in the formula. The thinking is that rent is something that is consumed or used up. When a tenant pays a month’s rent, they don’t get any of it back. Next month, they must spend the same amount for the same result. However, a house builds equity for the homeowner with every single mortgage payment. As such, it’s considered an investment, not a cost. Mortgage and maintenance are still accounted for, but they’re now the owners’ equivalent of rent, or how much their home would cost to rent if it was not owned.

Another tweak is the “basket of goods,” a selection of household staples — for example, butter, soap, or bread — the average consumer needs. Back in the ‘80s, economists just tallied the rising costs of these goods and called it good. But the approach ignored some basic truths about consumer psychology: when the price of a good increases, consumers don’t automatically pay more for it. They tend to consider the delivered value of the good and investigate if they can get that same value in a cheaper way. For example, if a gallon of ice cream doubles in price, a parent might choose to buy two or three pints instead and tell their kids ice cream is now either a Friday or Saturday treat, not both.

Economists debate whether the old calculus or the new one is more accurate. The only thing they agree on is that the CPI formulation will change over time.

Despite the controversy over how inflation is measured (and the complaints about it), Americans are still spending money.

During the pandemic, their savings generally increased. This was not so much a deliberate choice as a lack of options for spending discretionary funds. Restaurants, theaters, and sporting events, for example, were either shut down or only accessible remotely, and airlines canceled flights.

But in 2022? Consumer spending rose 0.9% in April, according to the U.S. Commerce Department. Wages have increased, too, as employers attempt to recruit and retain workers in a suddenly competitive employment landscape. However, inflation has outstripped the wage gains, leading to the lowest savings rate since the Great Recession.

So how are consumers funding this spending increase with stagnant wages in the face of inflation? After all, drawing on savings is a finite source of money. The answer is obvious: debt. Of course, credit cards have limits, too. As the twin borders of dwindling savings and maximum debt converge to pressure households, spending is expected to decrease in the coming months. For downstream refined fuels professionals, an overall decrease in demand should be anticipated. However, pockets of demand spikes will still occur.

Over the recent Memorial Day weekend — traditionally the second-highest travel holiday in the United States after Thanksgiving — demand for air travel outstripped supply. Delta Airlines led the pack in cancelations, axing more than 800 flights during the holiday period.

In fact, Delta Airlines recently revised its revenue forecast upwards by eight percentage points due to the demand for seats. The spike in demand has led to a massive price increase. While travel is set to resume its pre-pandemic levels, ticket prices are expected to be 25% higher than the seasonal average. It’s not opportunism that’s driving the increase. Just like everyone else, Delta is feeling the effects of inflation. While all refined fuels cost more, non-fuel costs are expected to rise 22% compared to pre-pandemic levels. This is unsurprising, considering staffing shortages were cited as the main reason for those Memorial Day cancelations. (Airlines are not immune to the afore-mentioned challenge of attracting talent.)

The bottom line is that downstream refined fuels professionals must closely watch demand indicators with as much granularity as possible. Knowing where to buy or sell product this summer will have a significant impact on profitability.

Get better insights into demand

Refined Fuels Demand provides the level of detail necessary to prosper in these uncertain times. To learn more, speak with a DTN expert today.