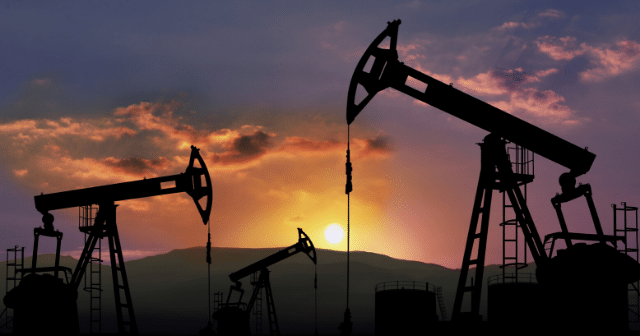 The Organization of the Petroleum Exporting Countries and non-OPEC partners led by Russia now nearly two years into a production agreement are expected to rollover the accord through the end of June 2020 – three months longer than anticipated as they seek a global draw-down in inventory to boost world crude oil prices. Their goal has so far been elusive amid slowing global oil demand growth and surging production outside the cartel, namely by the United States, while production cuts have shrunk OPEC market share.

In their annual World Oil Market Outlook released in November, OPEC acknowledged its global market share will drop to 31 percent in 2024 from 37 percent in 2018, as production declines by a staggering 2.2 million bpd within the next five years. Not surprisingly, this trend doesn’t appeal to some members within the cartel that despite the agreement have been relentlessly producing above their pledged quotas and cloud the prospect of OPEC+ reaching consensus on an extension.

With a little more than a week remaining before the highly anticipated biannual meeting in Vienna on Dec. 5-6, key members of the OPEC+ alliance might need to reconsider strategy on how to achieve balance in the market and, for OPEC, how it can regain its influence.

Excluding the 2008 financial crisis, oil prices have on average risen in the wake of OPEC’s production cuts, but this time it’s different. In the beginning of July, the group agreed to extend its pact through the first quarter of 2020, with a policy review meeting set in December. Since then the global crude benchmark not only failed to build on the expected rally but declined in absolute terms.

The world economy may have avoided recession, but the cloud of trade-related uncertainties, protracted decline in global manufacturing and a slew of greenfield projects from up-and-coming producers all helped to undermine OPEC’s efforts to push prices higher. In short, “there are black swans all around us,” said Russian Energy Minister Alexander Novak.

Throughout the year, the ongoing trade war between the United States and China has slowed the world economy, and with it, demand for oil. The trade dispute has hit export-driven economies such as Germany hard, with manufacturing activity slowing globally. Germany’s industrial output hit a decade low this year, as demand for its machinery exports to China suffered severe losses. Manufacturing is one of the most capital and energy intensive parts of the economy, and the latest downturn suggests continued slowdown in fuel demand and downward price pressure.

In response to the escalating trade tensions, International Energy Agency (IEA), U.S. Energy Information Administration and OPEC lowered their forecasts for world’s oil demand growth from 1.5 million bpd last year to 1 to 1.2 million bpd in 2019, complicating the cartel’s tough balancing act. OPEC notes the typical 2 million bpd seasonal uptick in global oil demand during the summer did not happen this year for the first time on record. In their Oil Market Report for November, the IEA said global refinery crude throughputs are set to decline 90,000 bpd this year that would be the first annual decline since 2009, and “partly explains the relative weakness of crude prices for most of 2019.”

Adding to uncertainty, markets now expect a slew of new projects in 2020 from producers outside the alliance, namely Norway, Brazil and the United States.

Norway reported its crude production from the Johan Sverdrup field –  the largest green-field project in the North Sea since 1990, began ahead of schedule in October, bringing online as much as 660,000 bpd of oil at its peak. Brazil continues development of its new pre-salt deposits, with oil production slated to grow by 24 percent to 3.2 million bpd by 2022, according to Wood Mackenzie data.

Yet, it was U.S. shale that had the most disruptive impact on the energy markets this year. Despite forecasts of an impending slowdown, tight oil producers relentlessly defied critics and just last week reached a new record high of 12.8 million bpd. U.S. shale oil is now directly competing with OPEC’s barrels on the global market, which by itself represents the outsized threat to their production agreement.

The unexpected turn of events for demand and supply have left OPEC+ without good options. If OPEC+ fails to extend the production agreement, the price of oil will collapse with 100 percent certainty, undermining the credibility of OPEC as the market institution. In the most likely scenario of business as usual, OPEC’s three-month quotas extension has already been baked into prices and will likely fall flat or result in a modest selloff when announced.

On the other hand, OPEC may just surprise the markets as it did so in the past and deepen the cuts – an idea that has been strutted by some OPEC officials this year. Deeper cuts would surely spur a price rally into the end of the year. However, it will be met with tough resistance from other members of OPEC+ that have suffered from shrinking market share over the last two years. As markets gripped with increasing volatility, OPEC is set to choose from the lesser of many evils.