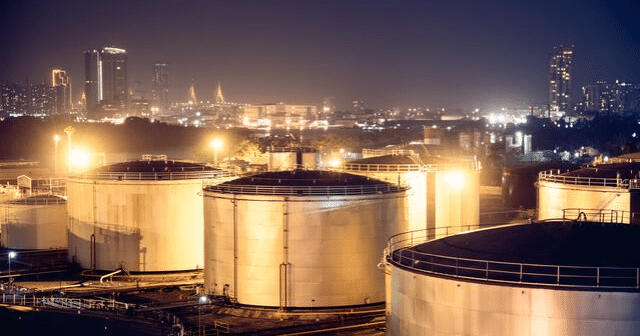 Oil appears to be loading from Saudi Arabia with inventories offsetting some of the shut-in production. However, talk around the market that Aramco has asked some of its term buyers out of Asia if they can take Arabian heavy instead of Arabian light as lighter oil seems to have been impacted by the weekend done attacks.

Aramco has not yet issued a force majeure. Restoration details have not yet been released, but Dow Jones reported that a person familiar with the event said Aramco should be able to have 2 million bpd of the 5.7 million bpd back online Monday. It remains a fluid situation.

As suggested in Sunday’s blog, oil prices are strongly higher (between 8 to 10 percent – Brent leading the charge higher). Equities are lower; gold is higher; the U.S. dollar Index is higher; and treasury bonds are higher with interest rates lower.  The downstream markets will catch up with futures price moves very quickly today.

Market reaction is as expected. As information flow circulates around the media airwaves volatility will remain elevated and price reversals in both directions are likely.

President Trump authorized Strategic Petroleum Reserves (SPR) to release oil if needed. The ultimate price impact will be determined by the time to full recovery. That said, the event has changed the geopolitical dynamics in the region. Going forward, the market will retain a portion of the uptick as a new risk premium even as oil flow is fully restored.

Tensions are high in the region with the United States pointing to Iran as the perpetrator in the attack while Iran denies its involvement. Russia is also in the news indicating the fighting in Yemen must end. This is also a fluid situation and one that will be circulating around the media airwaves for weeks to come adding to an already volatile market.